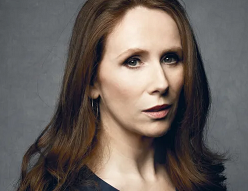 Press release from the BBC

Queen Of Oz is a brand new six-part comedy series written by Catherine Tate (The Catherine Tate Show, The Office US, Doctor Who) and Jeff Gutheim and produced by Lingo Pictures in association with The Development Partnership for BBC One and BBC iPlayer.

It is from an original idea by Catherine Tate and Borga Dorta and being produced in association with ABC Australia.

Tate will star in the leading role as well as executive produce the series, alongside producer Michele Bennett (Mr Inbetween) and executive producer for Lingo, Helen Bowden (The Secrets She Keeps, Lambs of God). Christiaan Van Vuuren (Dom And Adrian, A Sunburnt Christmas) will direct.

Princess Georgiana (Tate) is the black sheep of a fictional British Royal Family. A PR disaster, she’s spent her spoilt, party-girl life plastered over the tabloids. On the back of her latest scandal her father, the King, makes the unprecedented move of abdicating his Australian throne in favour of his daughter. It is hoped that giving her some real responsibility will finally be the making of her - and if it isn’t, at least shipping her off keeps her 10,000 miles away from London.

Accompanied by a useless entourage, Queen Georgiana of Australia goes kicking and screaming to a country she has zero interest in beyond the Hemsworth Brothers.

Jon Petrie, Director of BBC Comedy, says: “It’s time to roll out the red carpet. And hang up the bunting again. We’re excited to have the multi-award-winning Catherine Tate back making another comedy for the BBC. Her work has been enjoyed by millions over the years and we look forward to working with her on another hit for us.”

Producer Michele Bennett says: “Catherine Tate is such a superb talent and the team at Lingo Pictures couldn’t be more delighted to be working with her on this fabulously witty series. We know that British and Australians, as well as audiences around the world, are going to love this riotous take on royalty in Australia.”

Queen Of Oz (6x30’) has been commissioned by Jon Petrie, Director of BBC Comedy for BBC One and BBC iPlayer. It is a Lingo Pictures production written by Catherine Tate and Jeff Gutheim. It will be produced Michele Bennett and directed by Christiaan Van Vuuren.

Executive Producers are Catherine Tate, Helen Bowden for Lingo Pictures and Ben Caudell for the BBC. Endeavour Content are distributing the series internationally.

Filming will begin later this year in Australia and further casting will be announced in due course.

It’s time to roll out the red carpet. And hang up the bunting again. We’re excited to have the multi-award-winning Catherine Tate back making another comedy for the BBC."

I already love the synopsis. This sounds good and promising.

I know Catherine Tate is more than just a comedienne but even when I watched her in Dr Who, I just couldn’t help thinking about her sketch comedy series. I never get tired of her Nan character.

Now I can’t stop thinking about this catch phrase:
Am I bovvered?