Taken on The Morning Show in January-February 2008 (?) with Larry Emdur and Rebecca Maddern on the show. 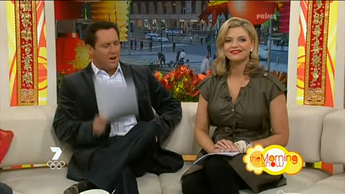 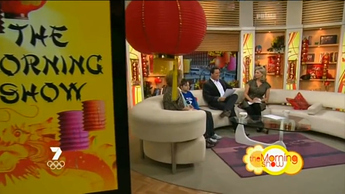 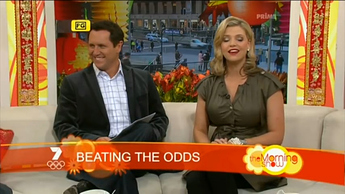 Based off the Chinese decorations and Olympics rings, I think that’s a safe assumption.
Still remember this look.
We’re Bringing It Home

Chinese themed decorations complete with the Olympic Rings. 7 was gearing up for the Olympics in Beijing

From the YouTube video, the song that was played was Shake It from US Pop-band Metro Station. Correct me if I’m wrong, but this song was released in early 2008(ish).