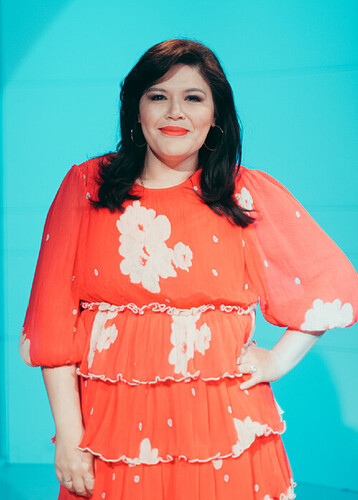 Preppers follows Charlie (Nakkiah Lui), a young Aboriginal woman, who experiences her own personal, cataclysmic event when her life crumbles around her. Escaping the fallout, Charlie finds herself at the centre of a hilariously mismatched community of doomsday preppers.

With climate change, Donald Trump, economic catastrophe, terrorism, pandemics, meteor strikes, hostile AI, nuclear proliferation, alien invasion it looks almost certain that the end is nigh. In Australia colonisation was an apocalypse that happened only 200 years ago. So, when the end comes—no matter how it happens— maybe the craziest thing is to NOT be prepared?

Be prepared! Nakkiah Lui gears up for the apocalypse as cameras roll on Preppers 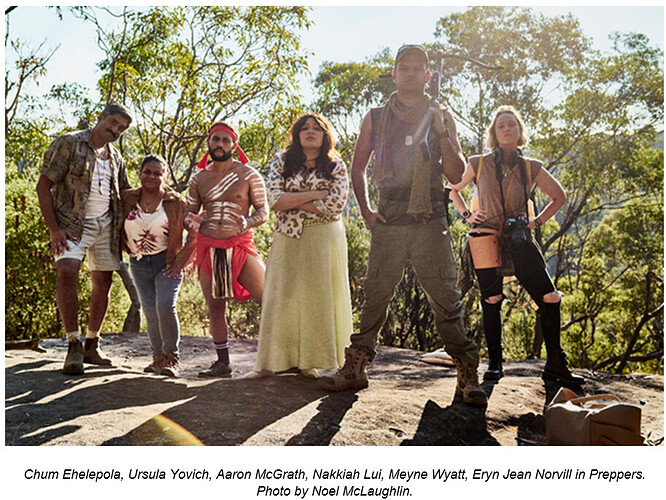 ABC and Screen Australia are thrilled to announce that filming is underway in Sydney on the highly anticipated comedy, Preppers . Starring the multi-talented Nakkiah Lui, the six-part series will air on ABC and ABC iview later this year.

Directed by Steven McGregor ( Black Comedy ), Preppers follows Charlie (Nakkiah Lui), a young Aboriginal woman whose world crumbles around her after experiencing a personal, cataclysmic event. Escaping the fallout, Charlie finds herself at the centre of a hilariously mismatched community of doomsday preppers.

With climate change, economic catastrophe, terrorism, pandemics, meteor strikes, hostile AI, nuclear proliferation, alien invasion it looks almost certain that the end is nigh. So, when the end comes—no matter how it happens— maybe the craziest thing is to NOT be prepared?

Nakkiah Lui and Gabe Dowrick said, “It’s very exciting for us to see the comedic world we’ve created come to life with such a great cast and crew, and we are also particularly pleased that Preppers is being made (and will hopefully be seen) before the eventual apocalyptic event(s) that wipe out humanity…"

Sally Riley, ABC Head of Drama, Entertainment and Indigenous said, “It has been a real joy watching Nakkiah go from strength to strength, from her first writing and performing roles in Black Comedy , to short form in Kiki & Kitty and now her first half hour series, with Preppers.”

Penny Smallacombe, Head of First Nations Department at Screen Australia said, “Nakkiah Lui has a track record of creating boundary-pushing comedy and we’re proud to support her and the rest of the talented creative team in bringing this hilarious and clever series to life. Who doesn’t need a few lessons in Prepping!”

Producers Liz Watts and Sylvia Warmer said: “We’re thrilled to be partnering again with Nakkiah Lui, as well as Gabe Dowrick, on Preppers , along with a brilliant cast and crew. We can’t imagine a more blackly comic and pertinent series for our time. Preppers will be smart, relatable and very, very funny. It also might make you shed a tear.”

Preppers will be filmed and post produced in Sydney.

Preppers will make its world premiere at Series Mania Melbourne in mid October with the screening of the first two episodes. 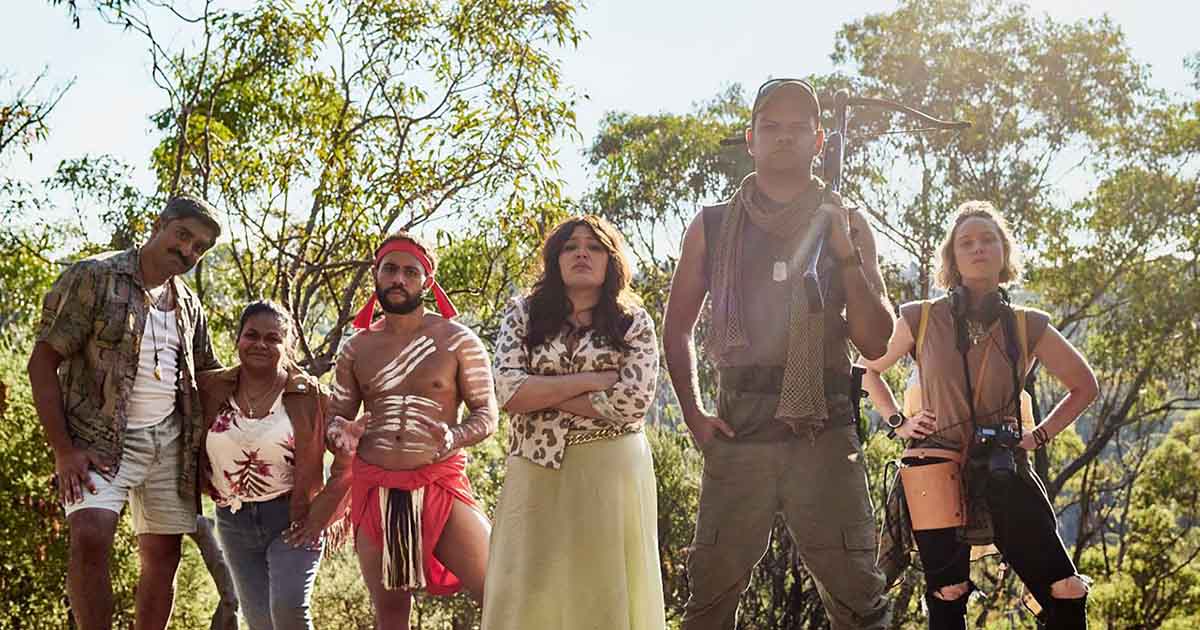 Black Comedy co-writer and star Nakkiah Lui returns to our screens as a young Aboriginal woman surrounded by doomsday preppers.

The end is nigh! 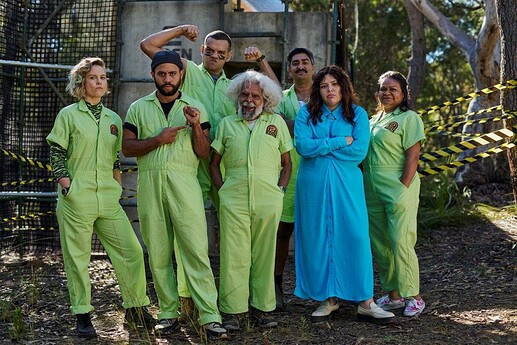 ABC’s new six-part comedy series Preppers launches on ABC TV on Wednesday November 10 at 9.10pm, with all episodes available to binge on ABC iview. Starring the multi-talented Nakkiah Lui, Preppers delves into the crazy world of ‘prepping’ – that is, preparing for the end of days.

Written by Lui and Gabriel Dowrick and directed by Steven McGregor ( Black Comedy ), Preppers follows Charlie (Nakkiah Lui), a young Aboriginal woman who, after suffering her own personal cataclysmic event, finds herself at the centre of a mismatched community of ‘preppers’ planning for the apocalypse at Eden 2.

Lui and Dowrick said: “We are incredibly excited to share Preppers and look forward to people connecting with our unique take on the subculture of prepping: the unexpected hope and community people create when preparing for the apocalypse. We hope you enjoy bunkering down with our characters as they prepare themselves for the end of the world - whatever that looks like.”

Founded by a wizened old Indigenous man called Monty (Jack Charles), Eden 2 is a refuge for Aboriginal people, and a few suckers that Monty has conned into footing the bill. Doomsday prepping ain’t cheap.

With nowhere else to go, Charlie reluctantly joins the preppers and is eventually won over by the rag-tag bunch of misfits as she tries to come to terms with the dissatisfaction, loneliness and alienation she’s always felt trying to find her place in a White Australia. By gaining a sense of purpose, becoming an unlikely leader and confronting the generational trauma of colonisation, Charlie will ultimately realise that she isn’t as powerless or vulnerable as she thinks. That maybe… just maybe… the end of the world might be her best chance at a new beginning?

Here comes an absurdist Indigenous comedy ahead of the end of the world.

The review gave the show three out of five stars.

Quite a funny show and well written. I don’t think they promoted as well as they could have.

That’s surprising. I think I’m getting too old cause I don’t even know what comedy is any more? But that’s my personal taste.

The only thing I enjoyed about it was Brookes character.