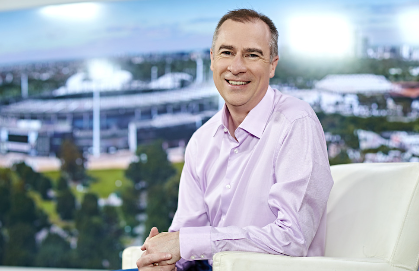 The Offsiders are back and ready to share their big opinions on the big issues in sport.

Host Gerard Whateley returns with his sharp analysis to look back over the triumphs and failures of the summer and this Sunday morning he’s joined by Waleed Aly (The Project), Kelli Underwood (ABC Sport) and Richard Hinds (News Corp).
Whateley says there has never been a more exciting time to interpret the vitality and complexity of sport, through a program like Offsiders.

“Not a week goes by in modern sports without an issue that reaches far beyond the fields of play,” says Whateley.

The episode of Offsiders will be available on iview after the program airs and on the Offsiders website: abc.net.au/offsiders

Thanks TVCynic. Wasn’t sure when this was returning so cheers for the reminder.

The program, which each week features a panel of leading sport commentators and experts, was conceived and initially hosted by Insiders presenter Barrie Cassidy.

“Barrie’s concept was a thinking person’s sports program, free of any commercial compromise or broadcast loyalties that are a reality elsewhere,” said current host Gerard Whateley, who has been with the program from the start.

“It was steeped in the idea that those in virtually every endeavour of life from politics to business, find their passion and release in sport. That portion of the community craved an adult conversation that extended beyond the on-field action and placed sport in its societal context.”

The weekly mix of respected, insightful and relevant panellists and Whateley’s sharp analysis has proven to be a winning formula. In 2015 Offsiders delivered its highest average audience on record, up an impressive 22% on the 2014 series, with audience gains experienced across all demographics.*

On the panel to help celebrate on Sunday morning will be rugby league legend Roy Masters; author and writer for The Australian, Gideon Haigh; and editor of the Footy Almanac, John Harms.

We’ve also opened the vault and will be looking back at some of the most memorable moments from the show over the past decade.

On Sunday morning, channel Seven’s Mel McLaughlin will provide thoughtful analysis and opinion to the Offsiders sporting debate. She’ll join host Gerard Whateley and Caroline Wilson (The Age) and Georgina Robinson (Sydney Morning Herald) on the panel this Sunday at 10am on ABC & iview. 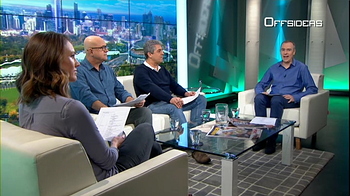 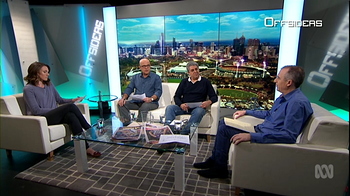 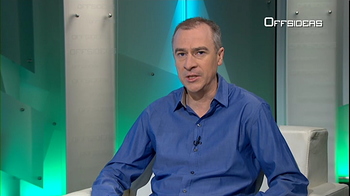 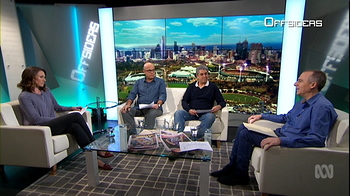 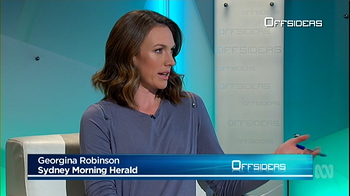 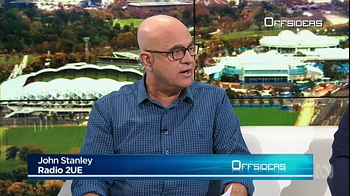 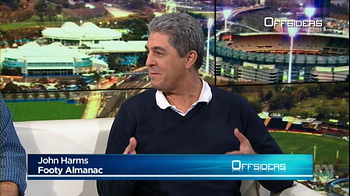 Given the appearance of Georgina Robinson and John Stanley I’d say the show is filmed from Sydney this morning.

How it looked today
http://imgur.com/a/xKFBT

###Offsiders, on location at the Rio 2016 Olympics

ABC TV’s Offsiders is on location at the Rio 2016 Olympics bringing a global perspective on the big issues of the XXXI Olympiad.

Offsiders has assembled an experienced panel of expert analysts for the first Olympics special on Sunday morning.
Joining host Gerard Whateley on the panel will be:

Can the Olympic spirit of harmony and inclusion rise above the doping scandals and political controversies?

Offsiders will be on location at the Rio 2016 Olympics for the programs airing on Sunday August 7 and 14 at 10am on ABC & iview.

Returns for 2017 next Sunday (January 8) at 10am with the summer edition, hosted by Kelli Underwood.

In Today’s Herald Sun Text Talk a suggestion Offsiders should air for 1 hour during AFL/NRL Season.

Paul Kennedy was hosting this morning while Gerard is on holidays. 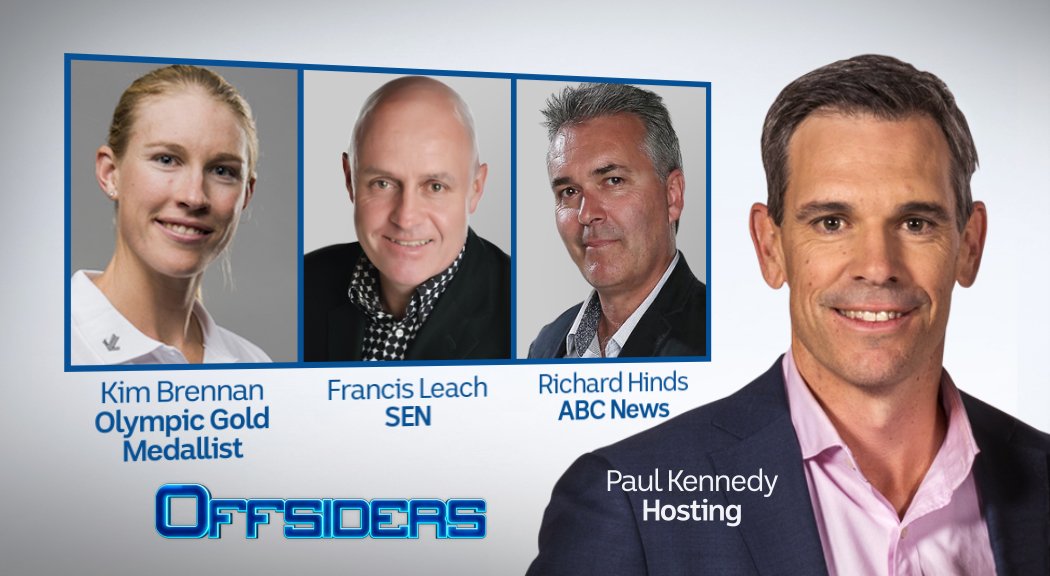 In Today’s Herald Sun Text Talk a suggestion Offsiders should air for 1 hour during AFL/NRL Season.

I actually think this is a good idea… And would work.

With Gerard Whateley quitting the ABC to join radio station SEN, who will replace him as host of Offsiders? Kelli Underwood? 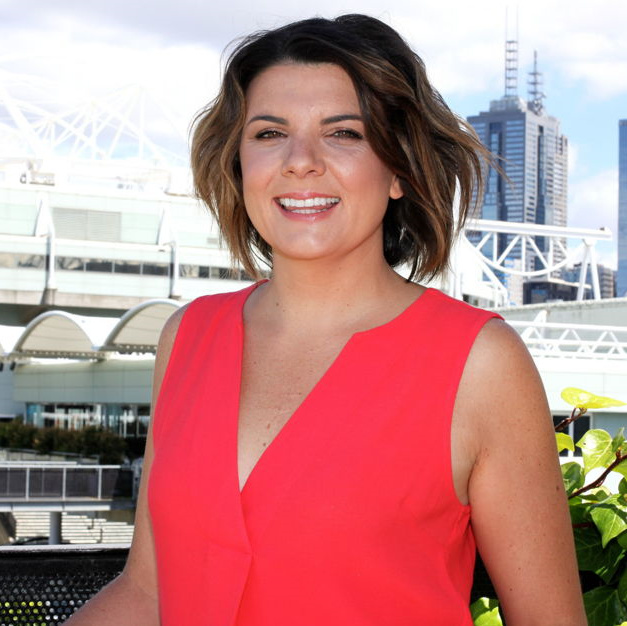 Kelli is a leading sports broadcaster who has been part of the ABC Grandstand commentary team for more than a decade and is the first woman to call AFL football on television and radio.

She will continue to call AFL games for Grandstand in 2018.

She joined Offsiders five years ago as a panellist and brings a wealth of knowledge and opinion across all sports.

“I’m delighted to take over as host of such a well-established and highly respected program," she said.

“I grew up in Adelaide and have lived in Sydney and Melbourne, so I have a broad understanding of the Australian sporting landscape."

“We have a packed schedule for 2018, with the Winter Olympics, Commonwealth Games and FIFA World Cup, as well as the national sporting competitions, so it’s going to be a busy year.”

Executive Producer Kate Tozer says Kelli is a respected broadcaster and a popular member of the Offsiders team.

“She’s our regular back-up host and has a great existing rapport with the other panellists and our audience,” Tozer said.

“Kelli hosted Offsiders Summer Edition on location during January so we’re looking forward to getting back to the studio and stuck into a new season.”

Caps of the first regular show of the year: 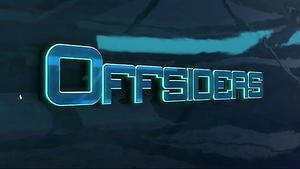 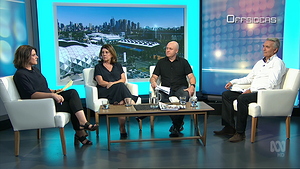 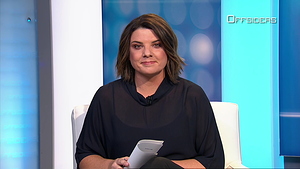 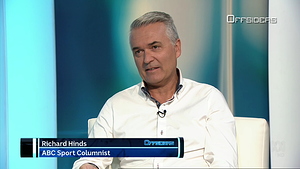 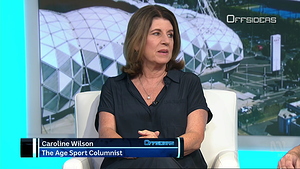 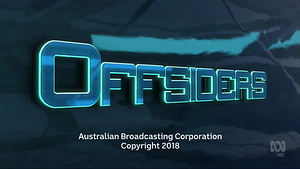 The show now has new graphics, similar to the Insiders package: 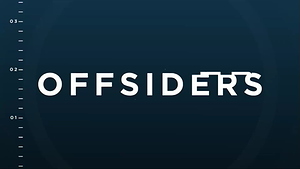 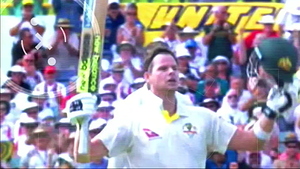 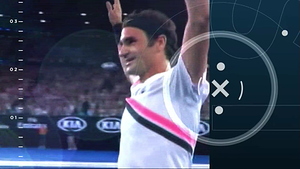 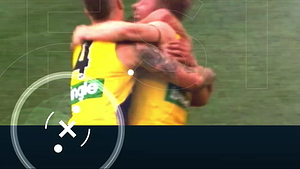 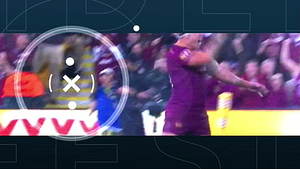 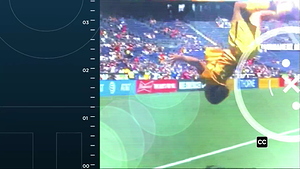 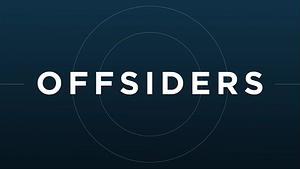 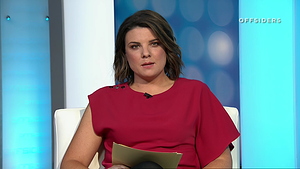 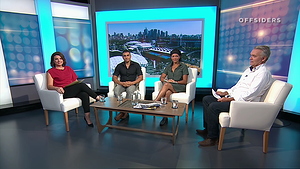 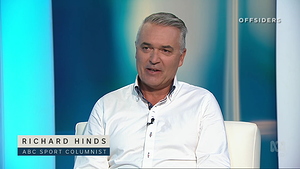 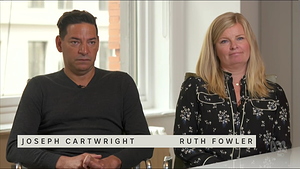 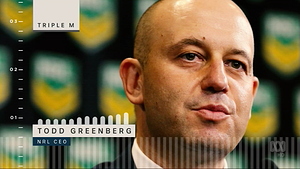 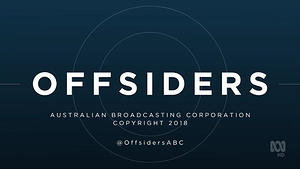 Paul Kennedy hosting this morning from the Gold Coast for the Comm Games.

Sitting on stools, they’re all in full view. I understand the host can be in shorts for the hot Queensland setting but thongs too? A bit too casual for the host of a television show?

If women can show a bit of leg, why can’t a male? Although they do look a bit odd perched on stools, but seems to be The Offsiders thing whenever they’re out of the studio.