Interestingly enough, back in 2009-10, Mix 106.5 had a more CHR format during the day, but come evenings, they still had “Love Song Dedications”, which had a more Soft AC playlist.

There’s a reason why such examples are so far in the past. I’ll leave it to your intelligence to work out why.

This morning’s LGM chat with Hadley started with Ray telling them that in the first hour he would be speaking to the Qld Opposition Leader about the Wellcamp Quarantine fiasco. (On Wednesday, it was revealed the Qld government’s total spend on the facility exceeded $220 million: $150 million for the lease, $9 million on management costs, and $16 million on medical services).

It was obvious that LGM hadn’t touched it substantially (probably other than a smarty line from Gary). In reality a NewsTalk station would’ve gone hard on it in Breakfast as Breen had in Drive the day before and Hadley was about to.

Then half hour later, another segment of pre-promoting the afternoon 12-3pm show with the presenter Sophie Formica joining them in the studio for the chat.

I think the show is failing to meet the base, and just like politics if you lose the base you don’t win.

Smooth FM IMO was (and still is) a miles better station than Mix. The music is better, presenters are excellent and production is slick, not to mention their outdoor events such as the festival of chocolate.

KIIS is probably the best CHR station in the country, a big improvement on the old Mix IMO.

I think the show is failing to meet the base, and just like politics if you lose the base you don’t win.

And I think Ray having a conflict with Chris Smith doesn’t help if you express an opposing view in anyway. I did listen to 4BC the first day and I can recall they were a bit nervous taking to Ray. I can understand he can be intimating.

It could be a bit different here maybe the new breakfast crew could out rate Ray. Where at 2gb Ray has the most success. So if Ray wasn’t happy with what said on 4bc breakfast , I’d say Nine Management might approach the situation differently.

So if Ray wasn’t happy with what said on 4bc breakfast , I’d say Nine Management might approach the situation differently. 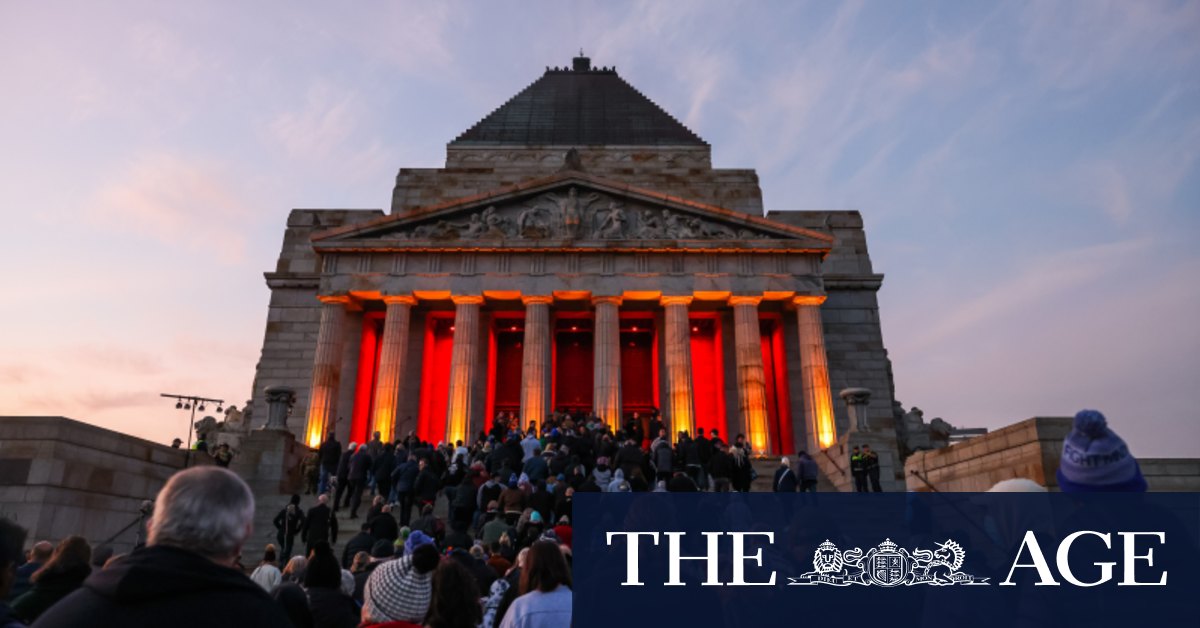 A plan to illuminate the Shrine of Remembrance in rainbow colours as part of an exhibition celebrating the service of LGBTQ veterans has led to threats to staff and the war memorial cancelling the lights display.

Mr Mitchell needs to keep his bloody big mouth shut! It seems to me he is the one creating divisiveness and the reason I dislike talkback and this radio station so much. It is absolutely disgusting that this has not gone ahead and it’s made me very angry!

Agree with you but if it’s not Mitchell it’ll be someine else frothing at the mouth about this. They may think tge colours of the rainbow cause division in the community but it us themselves and those who respond to their dog whistles who are fanning the flames of these incessant culture wars and the resulting division.

Did they themselves into a latherwhen The Shrine was lit up red in memory of former Japanese PM Shinzo Abe? Because that would make some sense but I bet they are so ignorant they didn’t even realise.

those who respond to their dog whistles who are fanning the flames of these incessant culture wars and the resulting division.

Are the people crying over a rainbow display the same freedom warriors who literally urinated on the shrine last year? I reckon there’d be a big overlap.

For a bunch of people who seem to despise cancel culture, they seem to like perpetuating it

Sunday Herald Sun’s Fiona Byrne reports that Russel Howcroft is about to sign a new contract with 3AW, meaning he will stay on the breakfast show for at least another two years. Insiders described the deal as a “long-term, multi-year” commitment.

I dare say there would be a significant overlap amongst those who saw fit to urinate on it and those who are offended by some coloured ligbting too. They’d do well to actually pop inside and check out the exhibition which the lighting display was linked to. 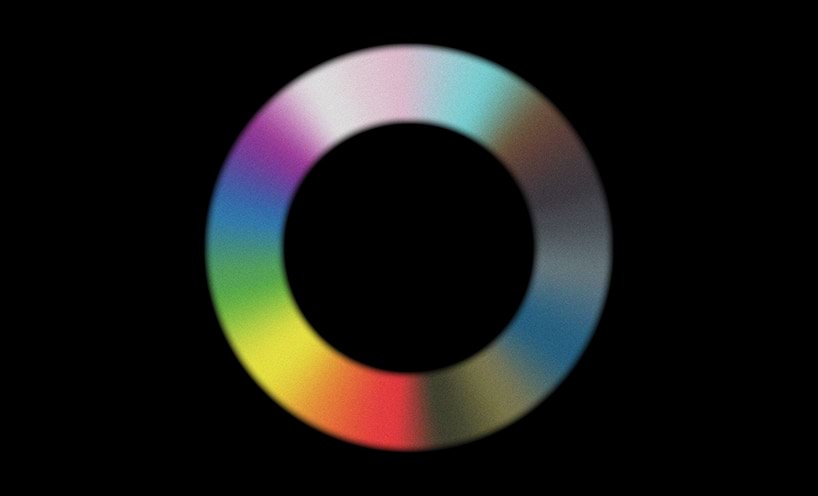 4BC TV spot - no mention of breakfast team. The radio featured seems to be tuned to 1600 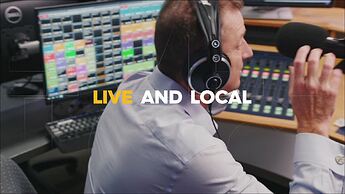 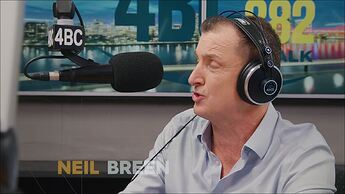 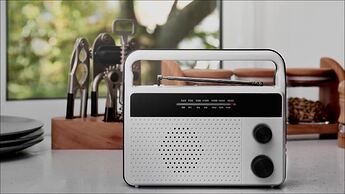 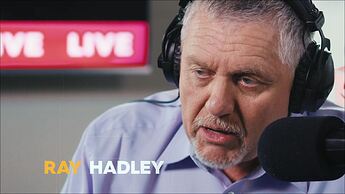 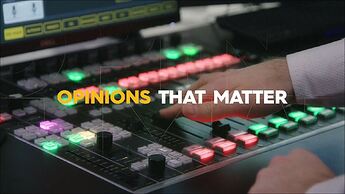 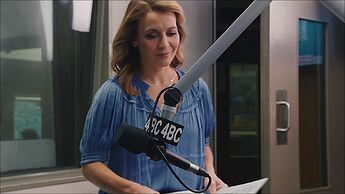 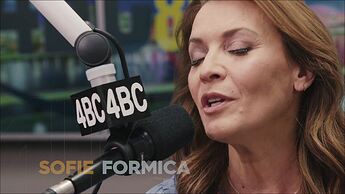 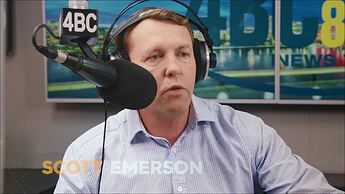 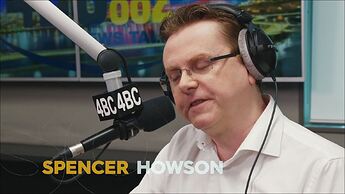 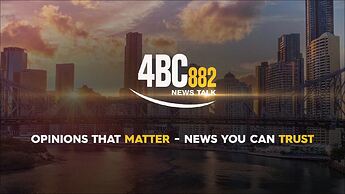 Isn’t that the old tv spot?

Yeah cause they mention Neil first (for breakfast) and Scott E and he isn’t on anymore.

It was shown tonight during nine News

4BC TV spot - no mention of breakfast team.

Amazing that outdated spot was shown during the 6pm news.

Appears to be an outdated TVC to retain Scott Emerson who is supposedly now a national political contributor yet I haven’t heard him on any Nine radio program besides a few chats on his friend Spencer Howson’s weekend show.

Radio set to 1600/108 shows a lack of attention to detail. Plenty of 80/90’s TVCs for examples of station frequency added to dial.

Considering how much Nine push the app and website, Nine missed an opportunity for a modern device with a screen, even for digital radio.

This could have been a scheduling error by Nine…but as it was during the prime time News it would surprise me if it was. And yes…a little attention to detail in getting the frequency on the radio correct would help too.

Deb Knight’s afternoons show is so boring. And way too light. Get her off. More like something you’d hear on ‘Talking Lifestyle’.

Amazing that outdated spot was shown during the 6pm news.

I suppose it was an achievement in itself that they managed to get 882 rather than 1116 on the end logo and the studio wall screen.