Airlie Walsh (TCN9) has announced she and her partner are expecting.

Is it just me or does Hitch look a bit ill? Does not seem his normal self.

77th birthday next month. Amazing he is still going!

Does anyone know who the oldest ever TV news presenter was in Australia and/or the world?

Hitch would definitely be up there.

Judy Woodruff retired a few weeks ago she was the same age.

Pretty unreal though. Many of us well and truly throw in the weekday working towel by mid 60s.

Does anyone know who the oldest ever TV news presenter was in Australia and/or the world?

Don Alhart who works for WHAM ABC 13/The CW in Rochester, New York is the current record holder for the world’s longest serving newsreader, so he may also be the oldest since he is currently 78. As for Australia, he is indeed the oldest. 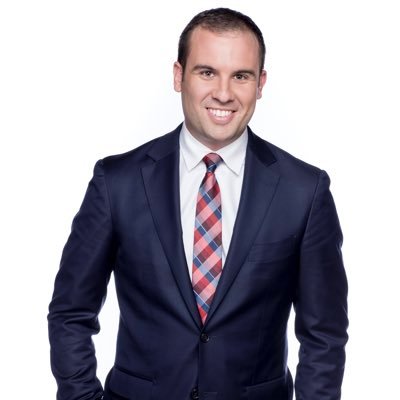 @AyrtonWoolley
After 13 years I've decided to finish up at @9NewsMelb. A big thanks to @TJch9 - who plucked me from uni and gave me my chance. Also to @HughNailon and @cstanaway, among others, who've provided great support. Not sure what's next, but know I'm ready for a new challenge!
5 Likes
Nicholas January 26, 2023, 10:06am #3466

If Nine loses in all markets then something serious needs to happen across the whole network. If I was Nine, I would even consider axing Hot Seat as it is becoming a problem for Nine News.

Close - it was actually in 2009 that they only won six weeks. However, that year Melbourne was the only metro market to win any weeks against Seven News, which clean-swept the other cities.

And also the lead story on NBN

Is she? Or just in front of a screen?

Why does that question keep being asked? Alicia is clearly at the AO. Also backed it up with news headlines immediately after on the actual AO coverage.

I was just watching for a minute and the background looked like it was a screen, that’s all.

Oh yeh. Someone asked that last night too. I’m not sure what the actual set up is, however it is coming from the GEM studio (I believe) in the AO precinct.

I’m not sure what the actual set up is, however it is coming from the GEM studio (I believe) in the AO precinct.

This begs me to ask this question: when Seven News Melbourne broadcast there when they had the AO rights, did they do it from the broadcast host position (where the presenter would sit during the telecasts) or from a different position? I remember it would have Rod Laver Arena in the background.

I’m not sure what the actual set up is, however it is coming from the GEM studio (I believe) in the AO precinct.