This was Seven’s late night news bulletin. Up until the Clive Robertson version in 1987, it appears that it varied from city to city.

Melbourne - a standard late night news bulletin. Note they continue to use a much more primitive opener than the Adelaide version in 1986:

And the networked Clive Robertson version:

Gosh I feel old. I remember all of those opener versions and the flashing letters one was also my favourite in the days before Clive came along and injected his own inimitable style into the bulletin. He turned it into something worth watching beyond the headlines. The Vivaldi Concerto for Strings opener just seemed to compliment the unconventional , eccentric nature of the show under his tenure.

Thanks for posting those. I’d love to see a Karina Kelly hosted version of the show if anyone comes across any clips.

I guess Adelaide used the title Newsworld as other cities used News Overnight? They always like to be different in Adelaide

You won’t be surprised to know that Brisbane had a different theme to all above. I’ll up load when I get a chance though I don’t have a good copy 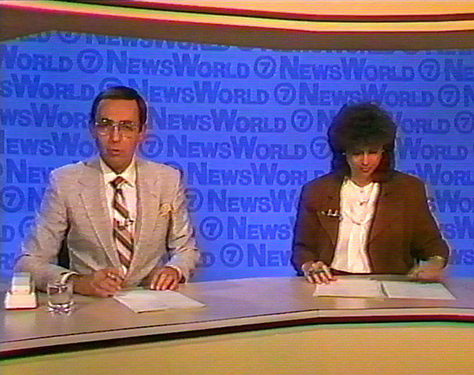 Video of Brisbane opener for NewsWorld from 1983 - most of the reporting is from NBC News on that big news day.

So what was the timeline for the local newsworlds and the national edition?

In Brisbane there were three commercial bulletins running at approx 10:30pm each night in the early 80s. IIRC TVQ started the trend with Eyewitness World News and as well as NewsWorld on Seven, Nine had the local News Night.

It seemed to me that at least the two “world” news bulletins were just that - entirely made up of satellite reports from overseas affiliates and probably recorded early in the evening, only live if there was a major developing story. It was a good way to deliver all the overseas news that had started to flood into news rooms that wouldn’t fit into the then 30 minute news bulletins (though Nine had a one hour bulletin on weekends). Down south there was Nightline that sometimes was shown in Brisbane 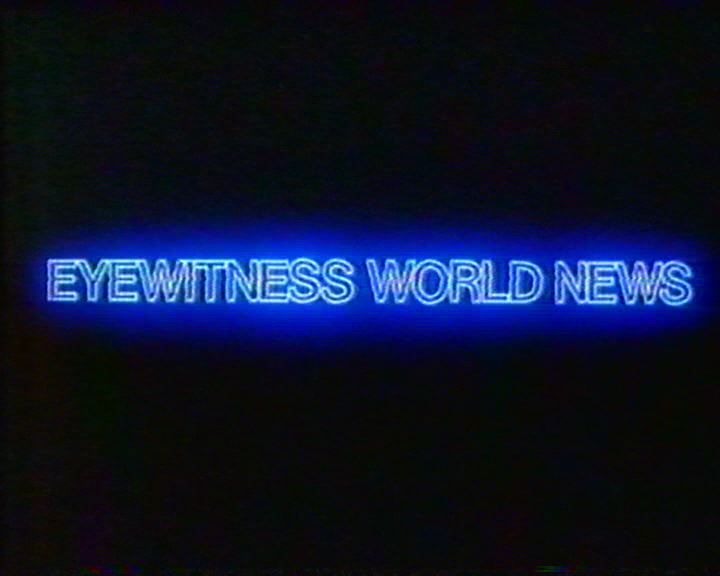 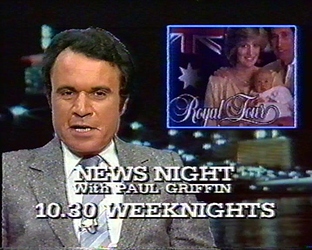 Here are two clips from TVQ and QTQ (Nightline) that were shown on the same night as the 7 World News above.

It seems like there was a lot of experimental late night bulletins in the early 80s… then it was all networked out of Sydney later in the decade. Late News in the 90s was all national.

In Melbourne in the 80s, HSV7 had a “second edition” of Seven National News at 10.30pm, which later evolved into the local Newsworld. I’m guessing it was taken over by the Sydney-based Newsworld around 1987 with the Fairfax takeover

GTV9 didn’t really do a lot in late news during that time, although circa 1984 they extended their newsroom to be open 24 hours a day with newsbreaks each hour during the mid-dawn movies. Sue McIntosh I think used to do the overnight news breaks, as did radio announcer Don Lunn (I think he was from 3KZ?).

Good little bit of information. Thanks

In Sydney, both Nine and Ten had extended news updates at around 10.30pm but Seven seemed to be the most persistent in trying to establish a late news service. In 1978 they tried a straight news bulletin called The Latest News with John Bok as newsreader.

In 1980 they tried the relaxed, casual approach with Newsnight. It started as a 30 minute bulletin with Mike Peterson, Seven’s former man in Canberra, and Mike Bailey and it soon extended to one hour. Ross Symonds would eventually join to read news. Described as “a current affairs Tonight Show”, producer Mike Bailey took inspiration from Good Morning America and included commentary, features and entertainment in the format. It drew a lot of criticism for its unconventional approach and never really took off.

Kay Stammers, one of the first female reporters at Nine, joined Seven towards the end of 1981 to front the late news service which would be retitled Newsworld. Another revamp took place when Karina Kelly, joining from SBS, took over in 1984. The service was starting to find success. It wasn’t until Clive Robertson was moved from Eleven AM to Newsworld and started to attract a cult following that Nine wanted a piece of the late night action. His relaxed, casual approach seemed to work in a way the previous attempt didn’t.

Nine attempted mid evening, summertime 9.30pm bulletins in the late 1970s with the same team that did the 6.30pm bulletins- Brian Henderson, Ron Casey and Alan Wilkie. These bulletins were updated with late breaking news and were designed to capture the audience that took advantage of daylight savings and missed the earlier bulletin. It was intended for these bulletins to continue into the ratings year but they rated poorly so the idea was abandoned.