Replacing Heather duPlessis-Allan on the ‘Your Sunday’ show on Radio Live will be Newshub weekend presenter - Melissa Davies.

Mix have now thrown the 70s into their mix… which hasn’t gone down to well with some commenters on iheart. … https://www.iheart.com/live/mix-7168/?autoplay=true

Alice Cooper will be heard on The Sound 6 nights a week from Monday week. Will Mike Currie still be on the evening program? I hope so I enjoy Mike’s program.

@NRN11 Sorry but I have heard through the grapevine that he is expected to leave the station.

That sucks!! Will have to find something else to listen to when I do the late nights.

Newstalk ZB came off air late last night from 4:22am - 6:00am playing a mix of music and the ocassional promo for Newstalk ZB, most of the songs till about 5:45 were more classical but it then became more of the Top 20 Songs before returning at 6:00am with news 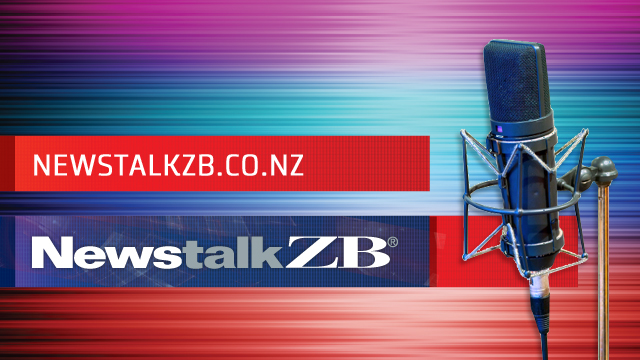 Alice Cooper will be heard on The Sound 6 nights a week from Monday week.

‘Late’ drive if you’re streaming it in Australia’s eastern states, right on drive time for Perth.

Yeah I think till 5:45 am then I think they had control back and played music till 6:00 am as they may have sent the host home.

It would have been interesting to know what exactly caused it and how major it was. Depending on how major the problem was I would have thought there would have been an alternative set up in such a situation especially with all the studios (that were no doubt empty) in that building.

Massive power cut to the Auckland building, rendering studios unusable. I’m told it wasn’t fixed properly until just before 9am but shows could resume from 6.

Thanks for sharing that. Fortunately it occurred at a quiet time of the day for all the stations.

Hay has hosted RadioLIVE’s evening talk show for the past decade and in 2004 was a morning host on the now-defunct Channel Z.

When it switched to KiwiFM in 2006, Hay became its general manager.

Earlier this year, Hay released her second novel The March of the Foxgloves to positive reviews.

From this week, Mike Puru will host the show on a temporary basis. An announcement on a permanent replacement will be made in the coming weeks. 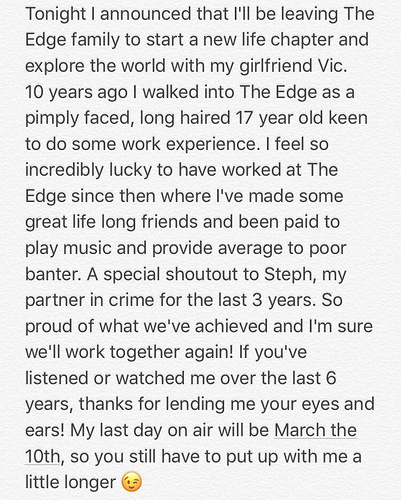 A rather abrupt departure for Karen isn’t it considering she was off air last week and was only back on air for 2017 for only a month.

Not sure if this has been posted anywhere else.

Southern Cross Media has NZME within its sights, according to sources, with the Australian listed company understood to have approached the board of the radio broadcaster and publisher to register its interest as a buyer should its merger deal with Fairfax Media collapse.

It is understood Southern Cross Media’s interest is in NZME’s stable of radio stations, but it would need to find a buyer for its stable of print assets, which includes the largest newspaper across the Tasman, The New Zealand Herald.

NZME has declined to talk, and contractually can’t talk, to Southern Cross about a sale due to the pending merger with Fairfax NZ.

NZME has declined to talk to about the potential sale of its radio assets with Southern Cross Media.

Grant Blackley I know would relish the opportunity to buy owned and operated NZ TV assets rather than being a program buyer as is for SCA’s regional TV.

The APN NZ radio stations have had the costs stripped out of them time and time again, leveraging those average H&A drive duo would not bring them much benefit.

Are K&J on NZ radio on a daily basis?

Are K&J on NZ radio on a daily basis?

No. Hamish and Andy were on 5-6am for a while but that was dumped (their TV specials had been shown here so they did have a following)

The state of nz commercial radio has become boring since deregulation back in 1990 due to networking, a national playlist for all stations loss of local station identity’s .
Yes we have many more stations than Australia etc
& 2 companies nzme & mediaworks controlling the commercial fm band yes we do have some fantastic independent stations 1xx, port fm, radio wanaka, ski fm & a few other’s .
Mediaworks newest station magic which started in April 2015 plays music from the 50’s, 60’s & 70’s ok I feel there’s very few stations that play 50’s & 60’s commercial excluding internet but the announcer’s all male no females except the music id’s “magic feel good” which the term feel good suited to the breeze rather than magic
There’s no upbeat feel good about the station in fact with the tone of the announcer’s voices tsl for me is less than a minute .
Why not go for the dinosaur add 80’s even early 90’s make it a fun upbeat station as magic does not fit the image of the station.
The breeze I quite like very much like the breeze in the uk safe adult contemporary a few regions lucky to have a local brekky show while other regions get the networked breeze breakfast with Steve & Kath from Wellington which is a great listen but Dunedin misses out on having a great breakfast show ATM Damien newell & Jacob Kendall do Dunedin breakfast Damien is an institution on Dunedin radio having been on air since 1997 just needs more resources put into the show female co host needed.
The only negative about nz’s breeze very very limited playlist .
Coast network an nzme owned station 60’s, 70’s & 80’s targeting the breeze & magic age group needs to be more fun , requests , 70’s to today adult contemporary maybe smooth branding instead of coast the id’s are dull need some great jingles .
I could go on but I will end with too many stations owned by each company limited playlists & there’s just no fun sounding station but hey that’s just my opinion