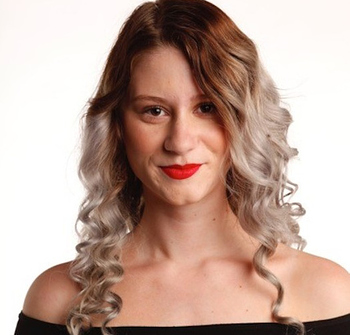 This week, 200,000 Australian students nervously await their Australian Tertiary Admission Rank (ATAR) results. Fourteen of those have documented their final year of school, all its challenges and its fun, for the ABC’s upcoming series My Year 12 Life. The stress the ATAR is putting on kids was the inspiration for the extraordinary series which examines how this one number impacts the lives of young Australians and their families.

At the start of 2016 Princess Pictures gave cameras to a diverse group of 14 teenagers across Australia to film the most dramatic twelve months of their lives – Year 12. The resulting self executed ‘vlogumentary’ series is emotional, often hilarious and full of suspense – what will their number be and what do they go through to get there?

There were no film crews, no producers on the ground, just 14 teenagers telling their own stories to their own cameras in their own way. They have documented the raw drama of their final year of school, and remind us how important Year 12 is to those living through it, what the future looks like at 18, and how that’s changed over the years. The series aims to create a national conversation about the pressures of life in Year 12.

During each episode the students talk about the issues they’re facing: the ATAR – and how they feel this will define their future; parental and cultural pressures; family support; school pressures; body image; stress and anxiety; expectations; school and life balance; and much more. The vlog diaries give the students an avenue to vent about these issues – their honest, open, often humorous and sometimes heartbreaking confessions will hit a nerve with all viewers. They also provide the perfect opportunity for viewers – whether they’re students, teachers, parents, guardians or grandparents – to talk about these issues together.

As the students’ final year comes to an end, so too does filming. The cast have captured thousands of hours of vision, with each student delivering on average 30-60mins of footage every week for the entire year. The series also weaves in media from their social platforms including Instagram and Snapchat to give viewers a more intimate and engaging experience.

“It’s time we talked about the stress we’re putting on teenagers, and the effect of telling them they should be judged by one number, the ATAR. We wanted to hear their stories, told their way. Since teenagers are hilarious, dramatic, and brutally honest, so is our series,” says Creator and Executive Producer Laura Waters.

Michael Carrington, Head of Children’s and Education said, “As we stay true to our core public service values, we are thrilled to be working with Princess Pictures on this intimate and insightful vlogumentary series. I believe it’s important for the ABC to reflect and celebrate real children’s lives and I hope by featuring My Year 12 Life across ABC platforms (ABC, ABC ME, and ABC iview) we will stimulate families, high school students and teachers to discuss their experiences and expectations of Year 12”.

My Year 12 Life (26 x 30mins) will screen on ABC, ABC ME and ABC iview in early 2017, with over 400 additional clips available across ABC ME’s digital platforms, ABC iview, Snapchat, Facebook and Instagram.

As the class of 2017 prepare to start their final year of school, ABC will premiere the innovative ‘vlogumentary’ series My Year 12 Life on Monday February 20 at 7.30pm on ABC ME and ABC iview and Sunday February 26 at 6.30pm on ABC.

Students are told Year 12 is meant to be the best year of their life, but is it really? With thoughts of exams, assignments, homework, schoolies and what they’ll do for the rest of their life occupying their every thought, emotions are running high.

ABC viewers will get a first-hand look at this rollercoaster year as My Year 12 Life follows the journey of 14 Australian students who document every step of their final year of school.

Filmed entirely by the students themselves, each one has a different outlook on this dramatic year –ranging from excitement and enthusiasm to trepidation and stressed out.

“I am dreading going to school. I should be excited to go back cause I’m going to learn all these incredible things, but no, I’m nervous, I’m worried and I’m scared of failure,” vents Zoe on the eve of starting Year 12.

My Year 12 Life will screen across multiple ABC broadcast and digital platforms, allowing viewers to watch on the platform that best suits them.

By providing an in-depth look at what Australian Year 12 students and their families go through, this series aims to create a national conversation between students, teachers and parents/guardians about the issues they face and how they can be best supported.

My Year 12 Life: Life After The ATAR