Movin’ to the Country 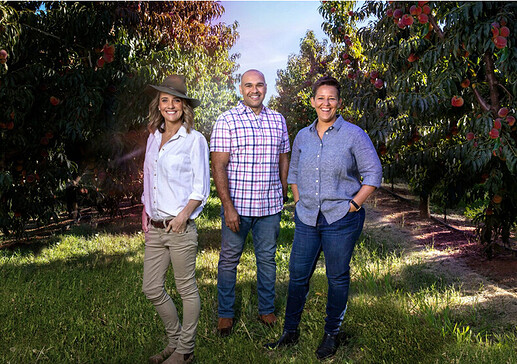 Australians are moving to the country faster than you can order a soy latte to go with your smashed avocado.

New research released by the Regional Australia Institute (RAI) shows one-in-five city residents are considering a move to the regions, with more than half wanting to make the jump within the next twelve months. The global pandemic and work-from-home phenomenon have supercharged this trend.

Starting on Friday, 2 July, 7.30pm on ABC TV and ABC iview, Movin’ to the Country celebrates the entrepreneurs, innovators and dreamers who are transforming the look and feel of Australia’s beautiful regional areas in surprising new ways.

The six-part series introduces inspiring people who’ve lived in regional Australia their whole lives, returned to the country, or made the decision to pack up their city lives to make a difference in regional towns. Movin’ to the Country showcases the beauty our country has to offer and celebrates the livability and appeal of regional Australia.

Hosts Craig Quartermaine, Kristy O’Brien and Halina Baczkowski, travel to a different region every week to tell the stories of folk looking to make a good living from their little patch of paradise. While it is not all beer and peaches, despite the struggles and setbacks, they’ve never looked back.

Each episode of Movin’ to the Country explores three stories within one region, to discover how people are creating new lifestyles for themselves and how their success has cascading effects in the community. 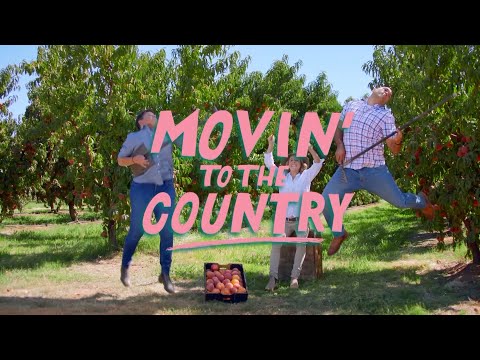 Halina Baczkowski joined Landline in 2017 after a 20-year career as a radio host and producer, starting as an FM Radio ‘Rock Patrol’ driver. She progressed to producing and hosting before moving to news-based talk radio at Brisbane’s 4BC. She was later part of youth network NOVA, producing the breakfast program as well as creating, producing and co-hosting the first LGBTQI program for a commercial radio network. In 2010, she moved to the ABC in Brisbane, producing and managing news based radio programs, before joining the Landline team as a reporter and producer.

Kristy O’Brien is an NT based journalist who had worked extensively in the Darwin newsroom and on various National Current Affairs programs including Australian Story, Back Roads and Landline. She was named Overall Rural Journalist of the Year and Television Journalist of the year SA/NT in 2019 and 2020 for her outstanding work in agricultural & regional Journalism. Kristy is also an accomplished documentary producer and was named Screen Producer Australia’s One to Watch. In 2014 she was recognised at the Australian International Documentary Conference as a rising star receiving a scholarship to work for Jamie Oliver’s Production Company in London.

Craig Quartermaine is a proud Nyoongar man from Perth, now living outside Brisbane. He’s a stand- up comedian and ABC radio presenter whose former lives include working as a FIFO truck driver in WA’s mining industry and an apprentice chef. After his career change to the media in his late twenties, Craig contributed to writing the second season of ABC TV’s hugely popular Black Comedy and then became the WA correspondent for NITV.

Are they gonna eat them a lot of peaches?

Movin’ to the Country

The ABC drops a ‘g’. Outrageous.

Are they gonna eat them a lot of peaches?

They might be flashing a few to attract viewers.

They might be flashing a few to attract viewers.

Was referring to this…

I realised that, so I was referring to getting your peaches out like in the latest Justin Bieber track Peaches.

I got my peaches out in Georgia (oh, yeah, shit)
I get my weed from California (that’s that shit)

Classic music of our times.

As we were driving through the countryside, I looked at my boy and said, “Mountains aren’t just funny…”

Hill-arious. Thanks for the dad joke.

I realised that, so I was referring to getting your peaches out lke in the latest Justin Bieber track Peaches.

Yeah, I do not recognise Justin Bieber in any way, shape or form. It’s shit music and he’s a shit human.

Does anyone know who (Band or Artist) performs the Peaches song on Moving To The Country?

It’s in the credits. 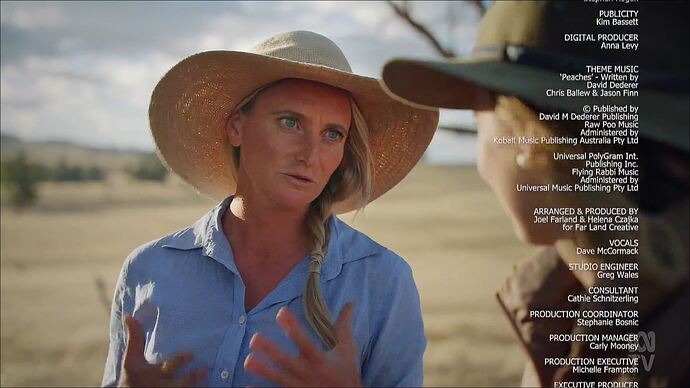 Does anyone know who (Band or Artist) performs the Peaches song on Moving To The Country?

Movin’ to the Country - Season 2 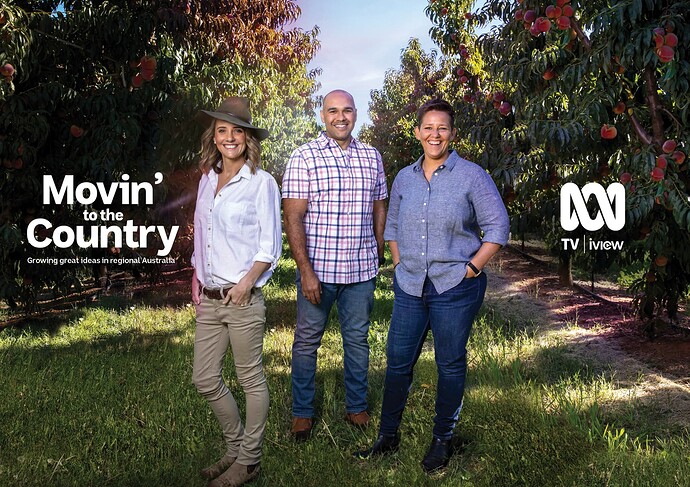 Movin’ to the Country celebrates the entrepreneurs, innovators and dreamers who are transforming the look and feel of Regional Australia.

The sheer vastness of Australia has been the main reason so many of us cling to the coast, hunkered down in the state capitals, grinding our teeth and daydreaming about escape. But thanks to an information revolution supercharged by a global pandemic, Australians are Movin’ to the Country faster than you can order a soy latte to go with your smashed avocado.

Now that we’re able to do just about anything from just about anywhere, regional Australia is undergoing enormous transformation as an exciting combination of locals and newcomers embrace a future full of opportunity. Research by the Regional Australia Institute (RAI) shows that one-in-five city folk are dreaming of escaping to the regions.

Join our hosts Craig Quartermaine, Halina Baczkowski and Kristy O’Brien as they head off to a different region every week to tell the stories of folk looking to make a good living from their little patch of paradise. While it’s not all beer and peaches, despite struggles and setbacks, they’ve never looked back.

Craig Quartermaine kicks things off in Orbost in a remarkable brewery run by a young couple who make revolutionary beer by linking up with local farmers, foragers and divers to source unique ingredients, under the wise guidance of Indigenous writer and teacher Bruce Pascoe.

Kristy O’Brien heads out onto the Great Ocean Road to visit a third-generation dairy farmer changing the game by reviving the multiple benefits of the era of glass bottles.

Near Daylesford, Halina Baczkowski meets Buck and the community being created around the idea of sustainable, low-fi, ethical pig farming. 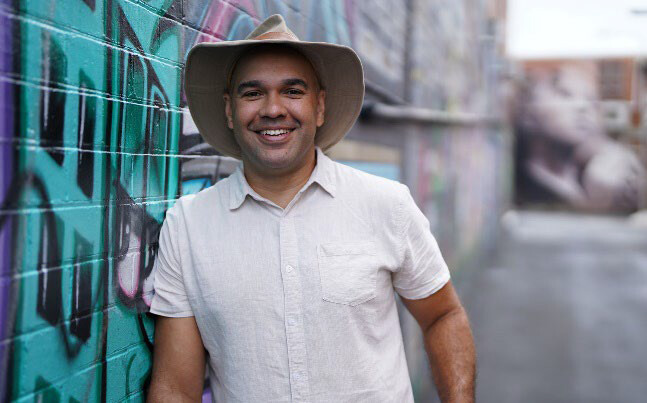 Halina Baczkowski starts out in Bowraville, near Coffs Harbour where she discovers a mobile plastic recycling station which transforms plastic waste into multiple resources, whilst also creating a huge opportunity for the local Aboriginal Corporation. Near Lismore, Craig Quartermaine meets a young Maori man using feral deer culled from farming land to make a range of food and clothing in collaboration with other enterprising locals. Kristy O’Brien is in Orange, learning about the massive highs and crushing lows of producing saffron, the world’s most valuable spice.

Craig visits a family who turned their pet’s battle with arthritis into a business. Halina meets an entrepreneur risking everything to prove he can farm seafood anywhere in the world. Kristy meets two brothers who turn fallen wood into bbq charcoal.

In Mission Beach, Craig Quartermaine visits a family of dog lovers, who turned their beloved pet’s battle with arthritis into a business converting the waste of the local fishing industry, plus a clever collaboration with neighbouring banana farms, into delicious dog treats.

Halina Baczkowski heads inland to Esk where a remarkable Chinese entrepreneur is risking everything to prove he can farm seafood anywhere in the world.

In Barcaldine, Kristy O’Brien drops in on two brothers who returned home to get their parent’s property ready for sale and accidently created a brand-new business turning fallen gidgee wood into fantastic barbeque charcoal which might just save the family farm.