The writers behind the hit ABC series have revealed their plans for an Indian Jones-style trilogy.

That’s a shame. Oh, well. Movies sound good. Would the potential audience actually go to the cinema to watch one of those movies? TV's chicest detective is officially headed to the big screen, after a Kickstarter campaign for a Miss Fisher movie hit its goal within hours.

Producers of the beloved ABC series had set up a goal of $250,000 to be reached in 30 days, to plug up “financing gaps” in the project and prove to investors that they “have a strong fanbase who will come out to watch the film”.

The format rights has been sold to Chinese production firm Shanghai 99 Visual Company. 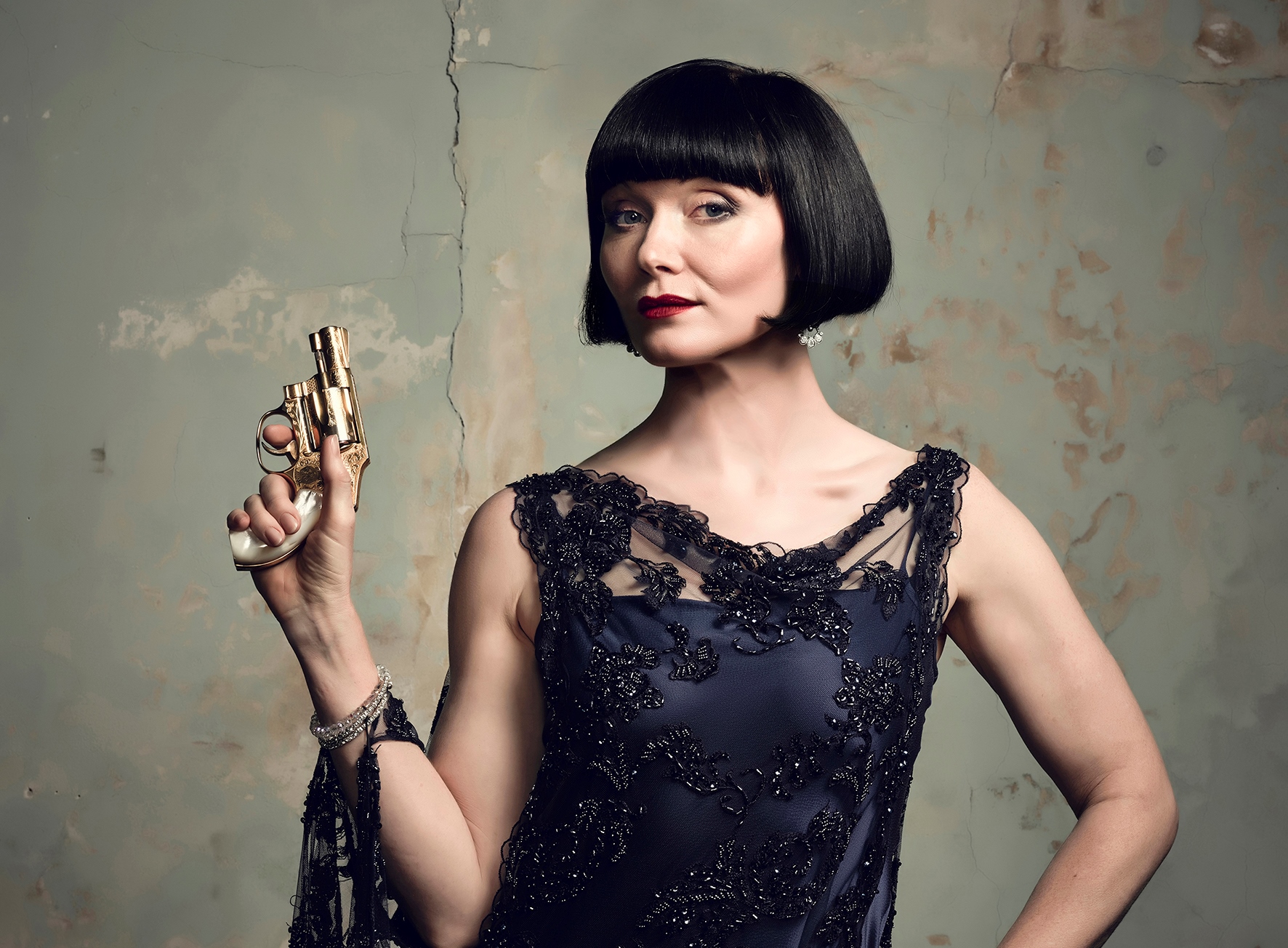 The Miss Fisher franchise lives on with a Shanghai-based production company acquiring the Chinese format rights to Every Cloud Productions’ ABC series. Advertisement       .

The movie adaptation will be called Miss Fisher and the Crypt of Tears with filming in Morocco and Australia.

“Game of Thrones” star Essie Davis will take the title role in “Miss Fisher and the Crypt of Tears,” an Australian-made murder mystery film. The film is a feature adaptation of “Miss Fisher’s Murde…

Miss Fisher & The Crypt of Tears 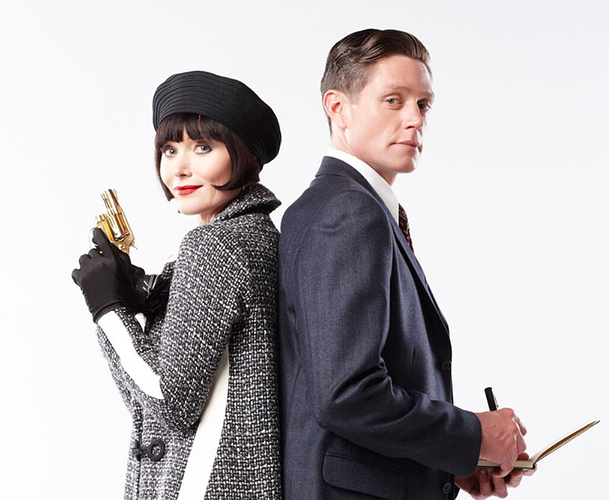 Miss Fisher & The Crypt of Tears, the feature film based on the international hit television series and best-selling murder mystery books, will begin filming in Morocco and Melbourne, Australia, in October.

The film is an Every Cloud Production. Principal investor is Screen Australia, in association with Film Victoria. Roadshow Films is the Australian/NZ distributor and Keshet will handle international sales.

Essie Davis (Game of Thrones) returns in the eponymous lead role as the glamorous private detective, The Hon. Phryne Fisher, whose exploits in 1920s Melbourne, Australia lead her to murder, mystery and mayhem from London to British Palestine.

Essie will be joined by her co-stars from the series including Nathan Page as Detective Inspector Jack Robinson, Miriam Margolyes as Aunt Prudence and Ashleigh Cummings as her loyal assistant and maid Dorothy ‘Dot’ Collins. Ashleigh will also be seen in the upcoming international feature Goldfinch.

From a screenplay by Deb Cox, Miss Fisher & The Crypt of Tears will be produced by Fiona Eagger, with Every Cloud’s Eagger and Cox also acting as executive producers. Lucy Maclaren is co-producer.

The film will be directed by Tony Tilse, who was the set-up director on the television series Miss Fisher’s Murder Mysteries. Tony has built a formidable international reputation for work such as Serengoon Road andGrace (HBO Asia), Wolf Creek, multiple episodes of Ash vs Evil Dead for producer Sam Raimi and Chosen for Playmaker / China’s iQiyi.

Private investors and fans have contributed more than $AUS1 million to the budget for Miss Fisher & The Crypt of Tears through an extraordinarily successful crowd funding campaign.

Writer Deb Cox promises that, “both new fans and old are in for a ride full of twists and turns as Phryne’s Middle Eastern adventures find her hunting for missing treasure, racing the clock on an apocalyptic ancient curse - and still finding time for romantic dalliance - in the sweeping deserts and sumptuous mansions of this exotic big screen production.”

The film opens with the Honourable Miss Phryne Fisher rescuing Shirin Abbas, a young Bedouin woman, who has been thrown into jail in British Mandated Palestine, for making trouble at a time of colonial unrest. After a perilous escape from Jerusalem, she rejoins Shirin as a fellow guest in the home of Lord and Lady Lofthouse, for the London ‘season’ and she pledges to help her right a wrong and discover the truth about the Crypt of Tears - an ancient crypt rumoured to lie somewhere beneath the rolling sands of the Negev Desert.

Fiona Eagger said: “Miss Fisher & the Crypt of Tears will have the witty intrigue of Indiana Jones,the opulent style of a Merchant Ivory Production, and the feminist fun of Thelma and Louise. The legions of Miss Fisher fans from around the world have been eagerly waiting for news of Phryne’s next grand adventure. We are thrilled that she will be taking the leap to the big screen and with this fabulous new international murder mystery story.”

Sally Caplan, Head of Production at Screen Australia, said: “The Miss Fisher TV series has had extraordinary success with international sales in 179 territories and is testament that strong female characters resonate with audiences. Every Cloud have smartly leveraged this fan base into crowd-funding for the film, and assembled the same creative team to expertly deliver a big screen chapter of the adventures of Miss Fisher with excellent commercial prospects.”

Victorian Minister for Creative Industries Martin Foley said: “This year is shaping up to be a bumper year for Victoria’s screen sector and Miss Fisher & The Crypt of Tears is part of an impressive slate of local productions that will go on to screen across the globe. The 2018-19 Budget includes $8.4 million to ensure our state continues to be a destination of choice for productions of all sizes and secure a strong pipeline of work for the 11, 500 Victorians employed across our screen industry.”

Joel Pearlman, co-CEO of Roadshow Films, said: “We are incredibly excited to be working with Fiona, Deb, Tony and this incredible team to bring Miss Fisher to the screen. Phryne Fisher has become a much loved and iconic modern day heroine in a classical world and her leap to the big screen is already anticipated by the huge audience that has grown to love this character. Roadshow films can’t wait to be part of the next iteration of her journey.”

Spinoff announced: Ms Fisher’s MODern Murder Mysteries
Interesting the spinoff will be on Seven not ABC. Will Seven get the TV rights to the Miss Fisher movie too?

Some info from the FAQ’s about Miss Fisher

Will there be a fourth season of the original?

We hope so! At this stage we are focussing on the feature film which is now in pre production with the original cast.

Will this new series impact on the feature film?

Absolutely not. The feature film is in pre production and we are scheduled to shoot in October and November this year.
The aim is to expand the Miss Fisher world by adding a new dimension to the brand and exploring a new period in our history with different characters.

Will there be another season of the original Miss Fisher?

Is this meant to replace Phryne?
No one can replace Miss Fisher! The new spin-off series is all about expanding the world you know and love of the original series, and getting to explore new issues and themes of feminism, equal rights and social injustice in a new decade of Australian history.
This series is being produced in addition to the production of the original Miss Fisher Movie also being filmed later this year. While a new season is not on the cards at the moment, we’re very much committed to continuing with the original cast of characters you love, via future feature film instalments.

Will any of the other cast be in the new series?

What about Dot, Hugh, Mr B, Dr Mac, etc?
As the spin-off series is set some 35 years after the events of the original series, Ms Fisher’s MODern Murder Mysteries will have a new cast of offsiders that provide guidance, support and romantic conflict to the young Peregrine. Essie Davis is up to her neck in satin and crime, in the heat of Morocco. 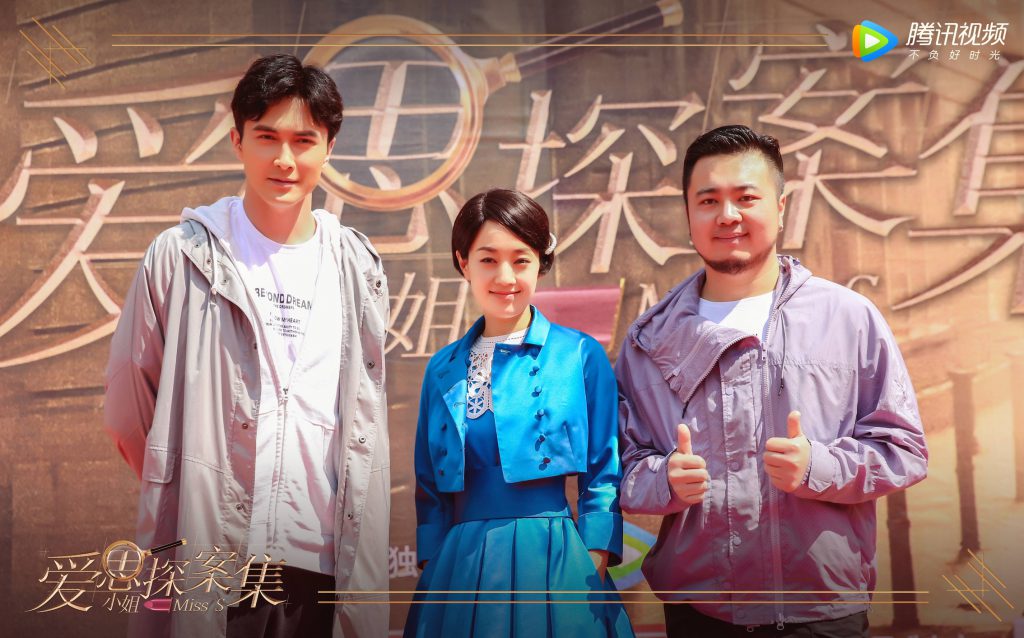 Production has begun in China on a Mandarin language version of ‘Miss Fisher’s Murder Mysteries’, set in 1930s Shanghai. Advertisement       .

Miss Fisher feature will screen in cinemas from February. Miss Fisher and the Crypt of Tears earned $1.04 million over its opening weekend at the Australian box office. It came third behind fellow debutant The Invisible Man ($2.527 million) and Sonic the Hedgehog ($1.746 million).

Watched the movie last week. It really should have been a telemovie. It is ok, but only just. The story is derivative, with elements of Indiana Jones, Lara Croft, and the John Wayne desert movie Legend of the Lost. But with a weak story and cheap 1940s era ‘special effects’, it looks all very lame on the big screen. Deb Cox can at least take some consolation that this was better than the tragic Seachange remake. 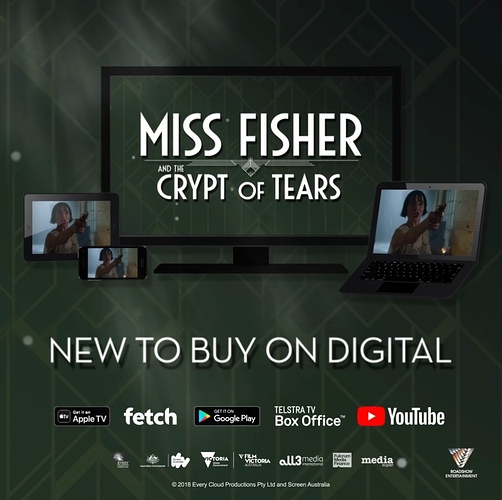 Production has begun in China on a Mandarin language version of ‘Miss Fisher’s Murder Mysteries’, set in 1930s Shanghai. 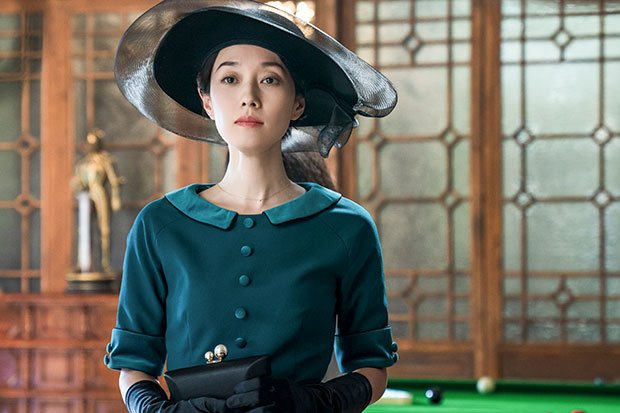 All3Media International, which distributes the series and format globally, has sealed the deal with WarnerMedia to make HBO a partner on the Chinese adaptation, called Miss S. It will air as an HBO Asia Original on WarnerMedia’s regional streaming service HBO GO and then the HBO channel.

UPDATE 21/9: the Chinese adaptation, called Miss S (旗袍美探, literally “beautiful detective in cheongsam” in Chinese), premiered on Chinese satellite channel Beijing TV on August 28. It was mentioned as part of a question on Have You Been Paying Attention? tonight.

SBS has bought the rights to the Chinese adaptation Miss S and will stream it on SBS on Demand.

Miss Fisher and the Crypt of Tears 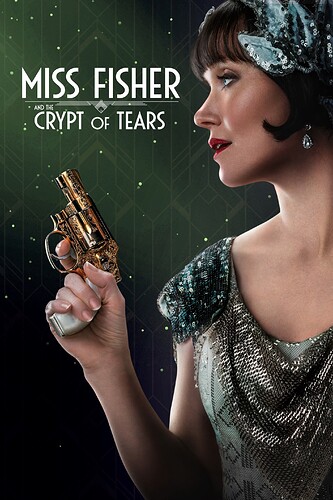 After freeing a young Bedouin girl - Shirin Abbas - from her unjust imprisonment in Jerusalem, Miss
Fisher begins to unravel a wartime mystery concerning a priceless jewel, ancient curses, and the
truth behind the suspicious disappearance of Shirin’s forgotten tribe.

Similar to Seven three decades ago when it premiered Kevin Costner movie Dances with Wolves across two nights.