Special edition of Seven News in Melbourne from 3pm

Seven extended the Morning News, and had live cross to the Victorian Premier and Emergency Services Speaker. Coverage finished 2 minutes ago at 12.30pm

Ann Sanders mentioned that a special edition is to air at 3pm. 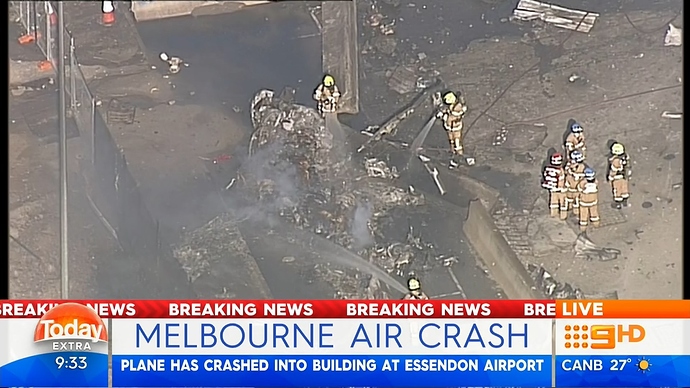 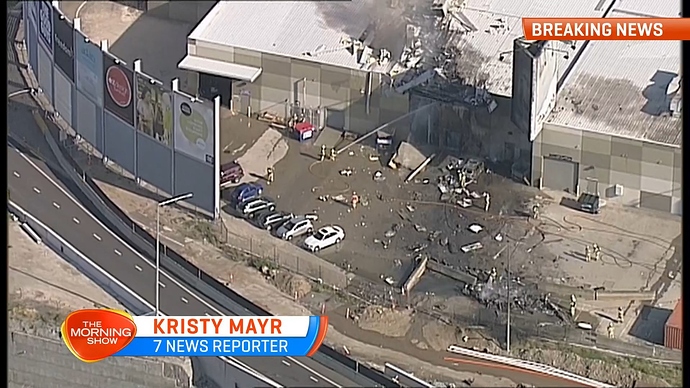 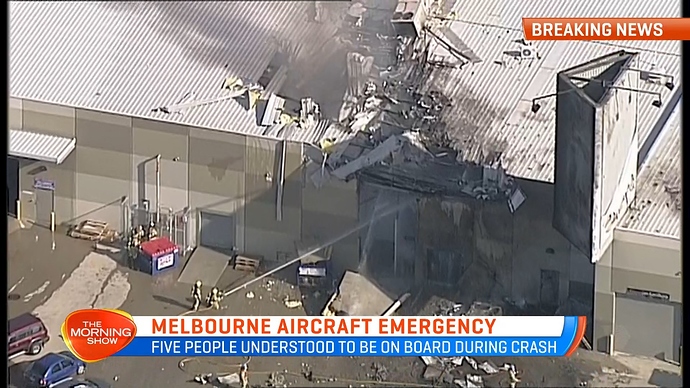 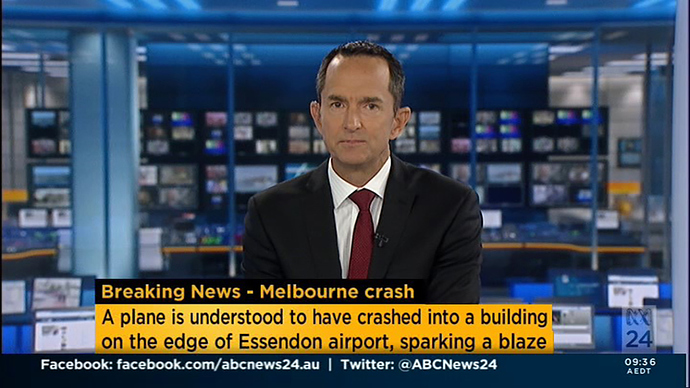 Extensive coverage on Today Extra and The Morning Show covering this breaking news emergency. Aircraft believed to be a charter flight with five people onboard crashed into DFO shopping centre building in Essendon just before 9am,the shopping centre was to open at 10am.Nine and Seven have reporters on the phone and speaking to witnesses on the phone.Nine has Georgie Gardner and Davina Smith on Today Extra along with David Campbell providing rolling coverage. 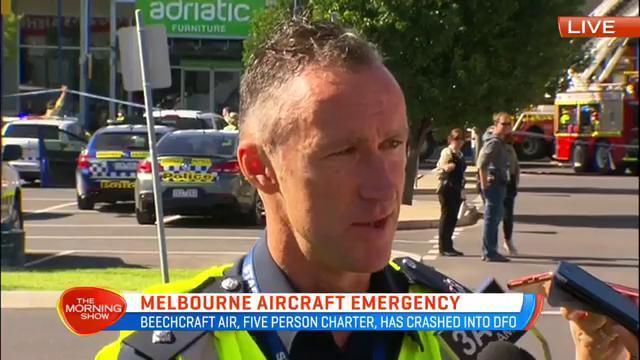 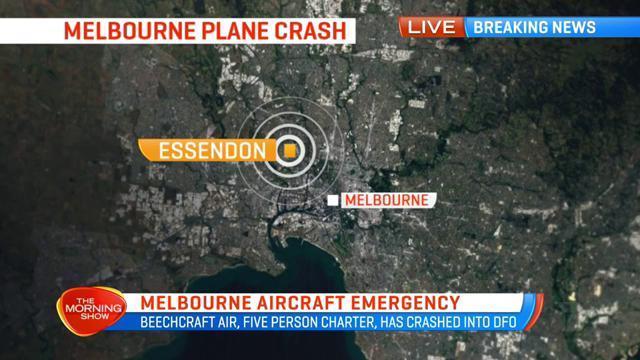 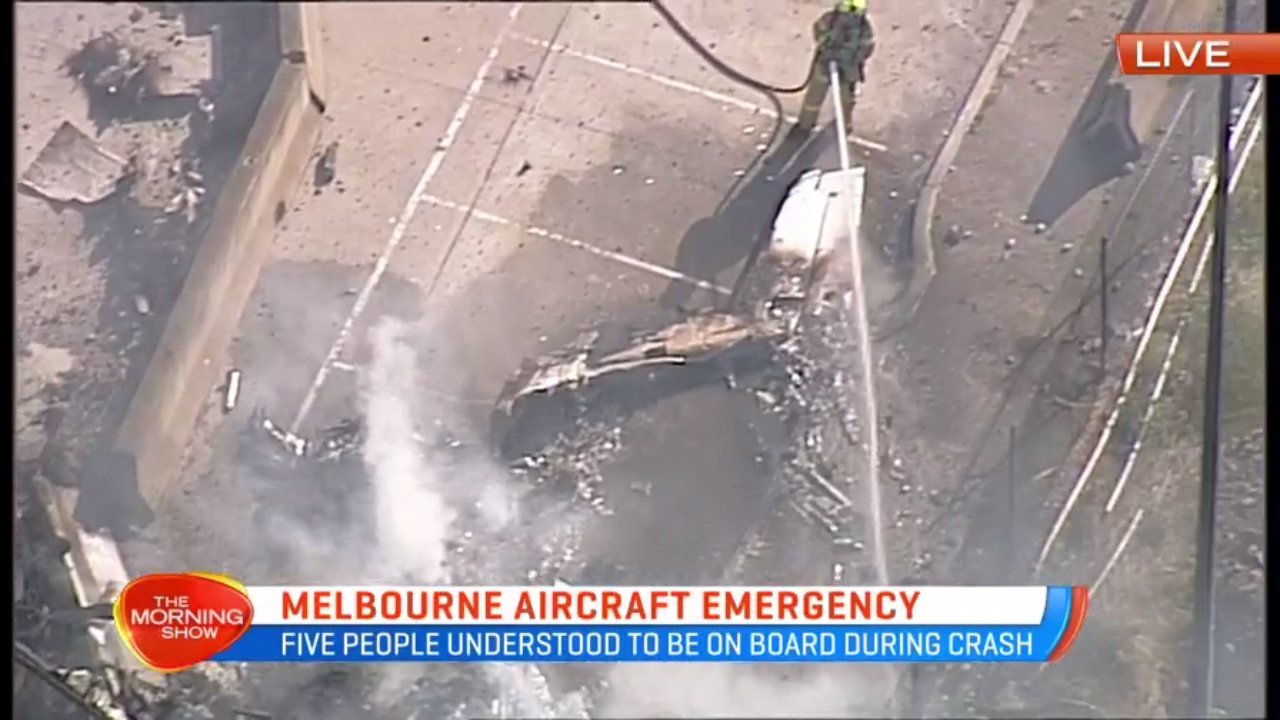 Studio 10 has also made mention of this crash.

Getting hard to tell what is live now with replays 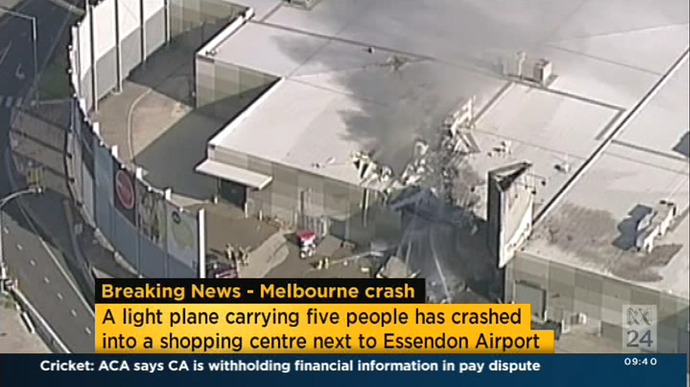 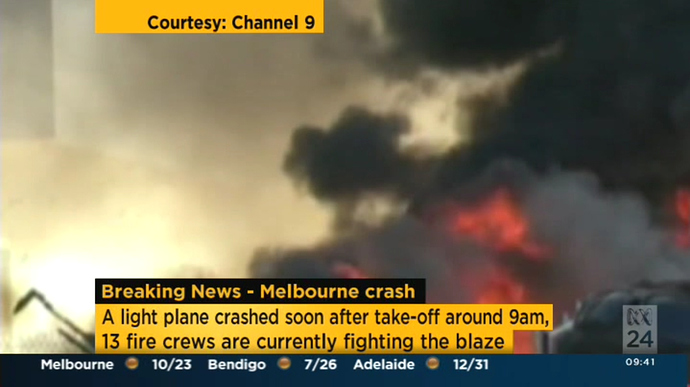 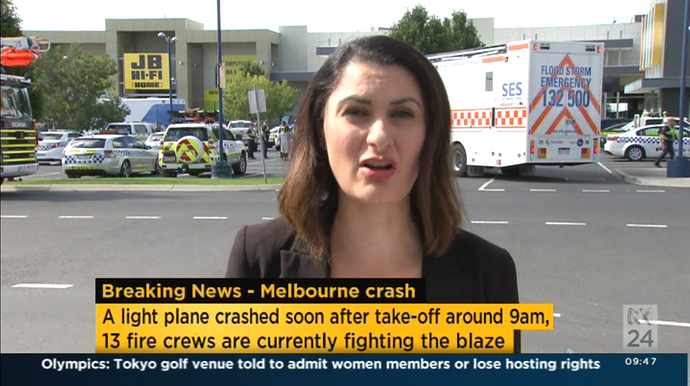 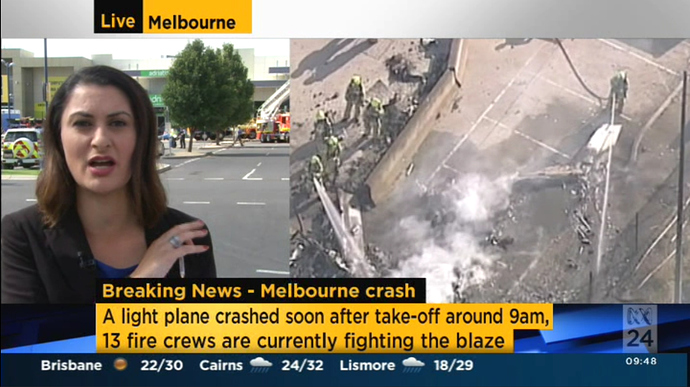 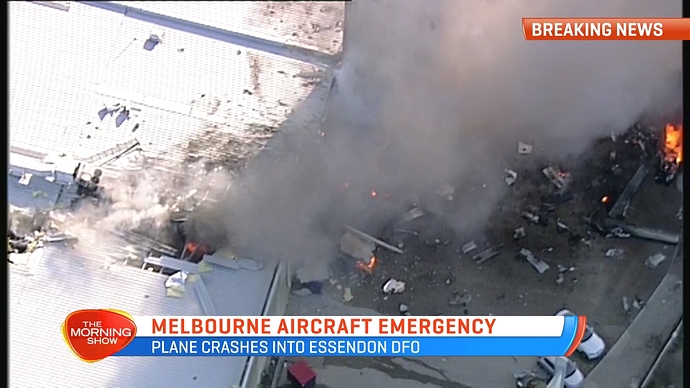 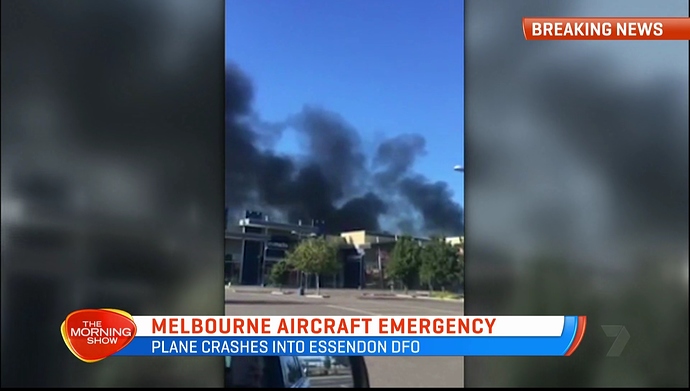 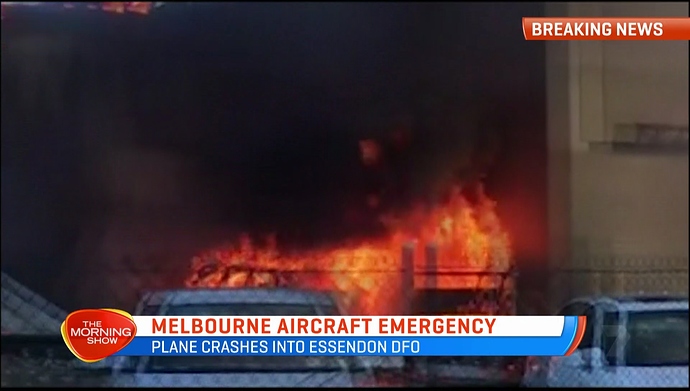 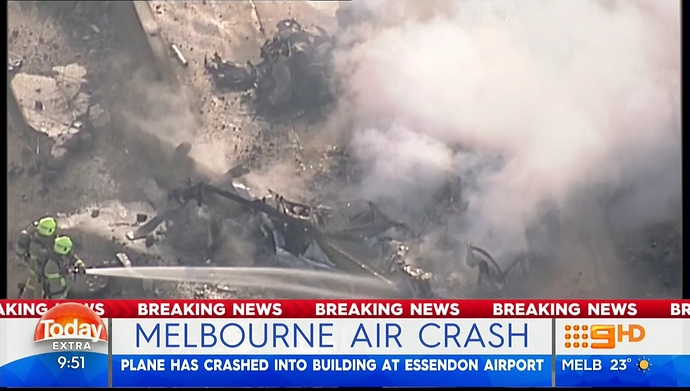 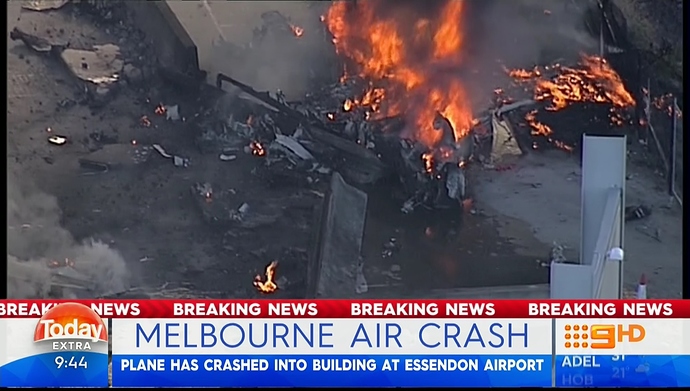 @TV.Cynic the actual fire is now out with firefighters checking the building for hot spots according to Nine Melbourne reporter Brett McLeod who is now reporting from the scene 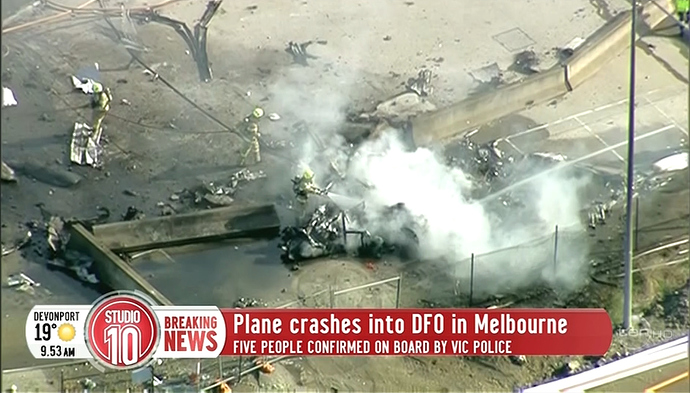 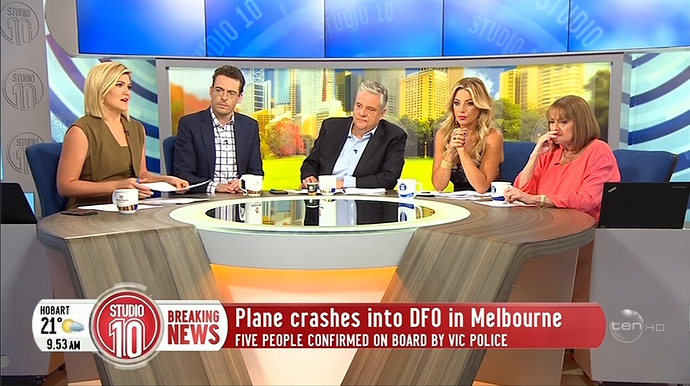 Nine Morning News started at 11am to cover this Melbourne Air Crash.

In Queensland, both Seven and Nine (as far as I can tell) have repeated the first half of their morning shows from 10 am local time - complete with “live” bugs! So had you been watching, the fires were under control but later had started back up again; there were two live press conferences where the same info was given etc 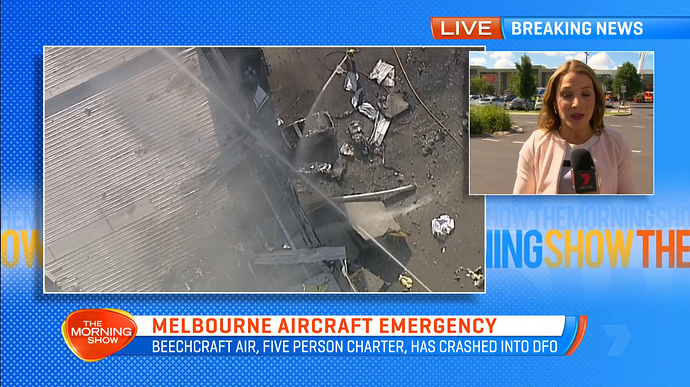 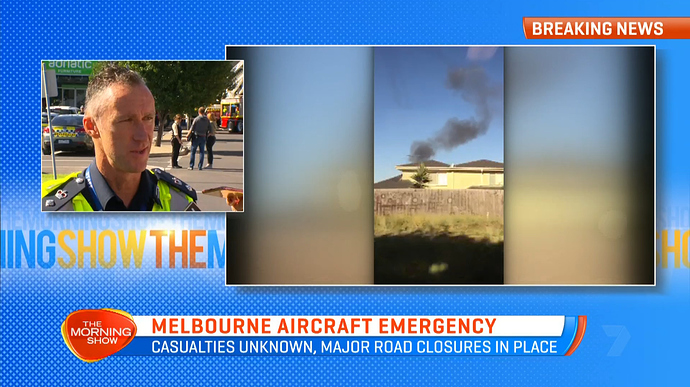 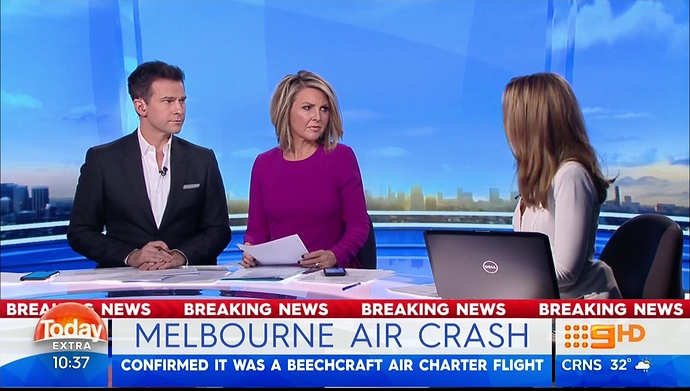 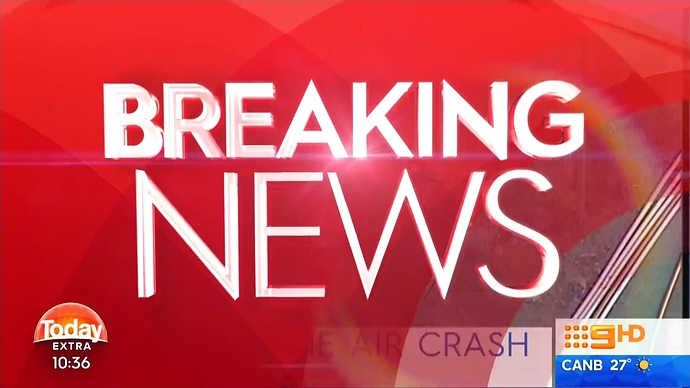 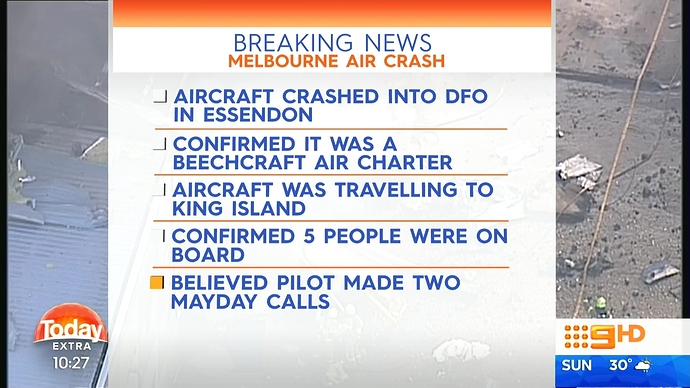 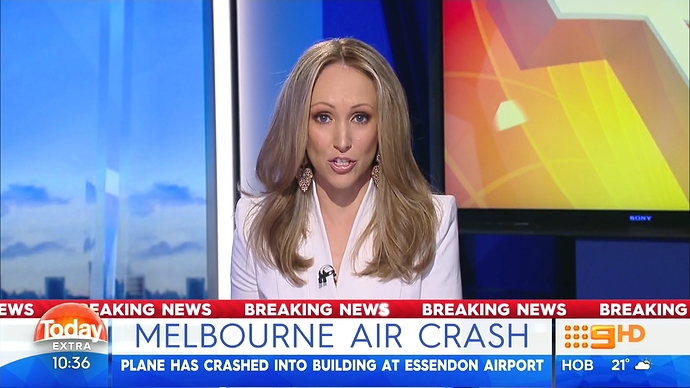 Brisbane got local news at 11am on Nine 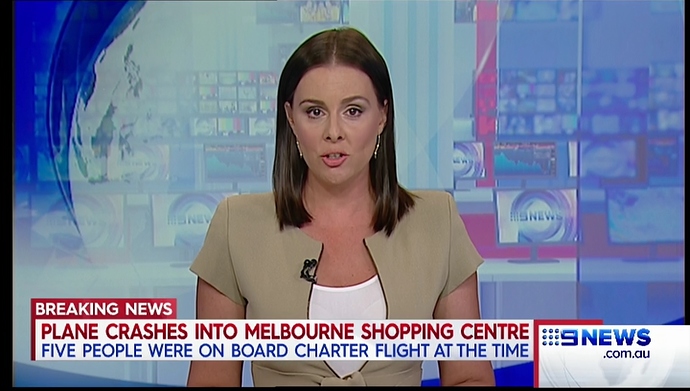 And national from Seven 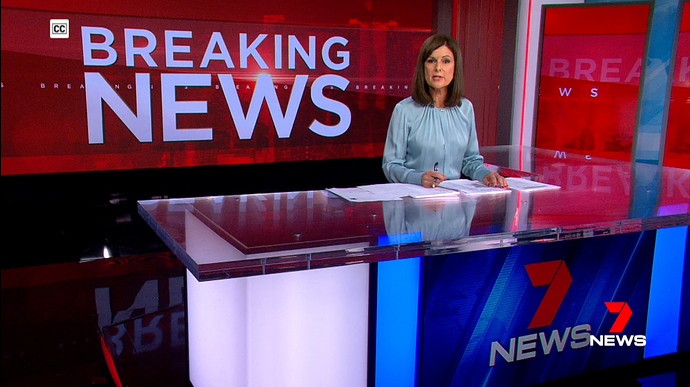 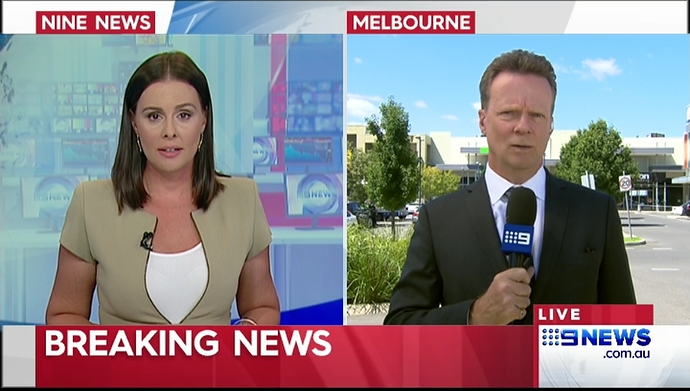 Extended bulletin of Seven Morning News with Ann Sanders from 11am until 12.30pm

Extensive coverage also on The Daily Edition this afternoon. 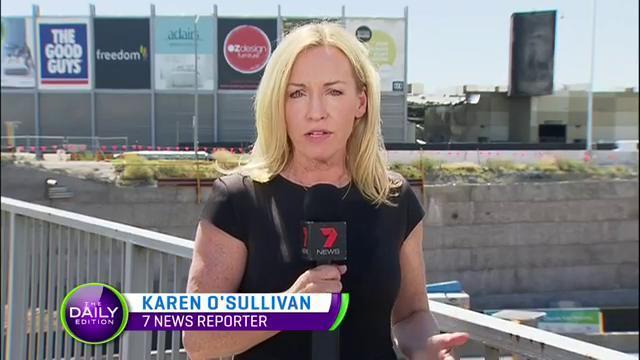 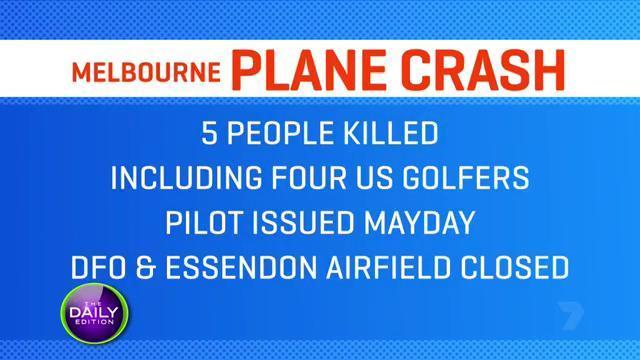