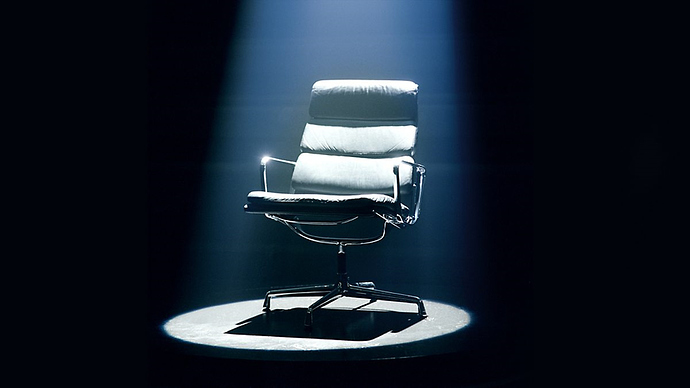 SBS’s entertainment offering will extend to the highly competitive 6pm slot in 2019 with an all new Australian version of the iconic BBC game show, Mastermind *, to play five nights a week. Famous for its challenging questions and intimidating setting, Mastermind is a true global smash.

Each night, four contestants will take the iconic Mastermind chair to answer questions on their own specialist subject and compete for the prestigious title of Australia’s Mastermind.

BBC Studios has scored its first commission since setting up a production arm in Australia, with SBS ordering 85 x 30 minute episodes of TV’s toughest and most enduring quiz show, Mastermind .

Synonymous with the catchphrase “I’ve started so I’ll finish” and the fearsome, black, spotlighted chair for its contestants, the series was announced by SBS at its Upfronts today.

Airing in the UK for over 40 years, Mastermind is the legendary quiz that sets the toughest questions on television. No matter who takes to the iconic black chair, the tension is always immense.

In round one, four contestants have one minute to answer as many questions as possible on their specialist subject. In round two, each contestant has one minute again, this time on general knowledge. The contestant with the highest combined score wins and goes on to compete against other program winners for a place in the grand final.

In the UK, the latest series of this popular long-running series on BBC Two increased its reach. Its success around the world has also seen the show trending on Twitter, as it fires up discussion and engagement.

Jon Penn, Managing Director of BBC Studios ANZ, said: ‘ Mastermind is an incredible UK success and a great first commission for Kylie, who set up our production arm just two months ago. We’re excited to bring this globally renowned format, combined with BBC production values, to SBS in 2019.’

Kylie Washington, Director of Production for BBC Studios ANZ, said: We are thrilled to bring this iconic BBC quiz to SBS and can’t wait to find Australia’s smartest mastermind.’

SBS Director of TV and Online Content, Marshall Heald said: “Mastermind is the perfect commission to lead the evolution of our 6pm timeslot. Famous for its challenging questions, intimidating setting and air of seriousness, this iconic BBC game show will celebrate Australian’s general knowledge and fierce competitive nature in a fun nightly challenge as they compete for the prestigious title of Australia’s Mastermind. We can’t wait to launch it in 2019.”

Mastermind is a BBC format, produced for SBS by BBC Studios Australia and distributed by BBC Studios. Filming commences in Melbourne in early 2019.

Huw Evans hosted the previous Australian version of Mastermind on ABC from 1978 to 1984.
17 weeks of episodes is a huge commitment from SBS.
I reckon the show will be filmed at Melbourne’s Docklands Studios.

Biggest game show commitment from SBS since Letters & Numbers - will be interesting to see if it lasts past the initial 17 week commitment.

It will do better than pointless Pointless.

Gretel Killeen would be a good host.

Looking forward to this. Just proves ten need to try something different at 6pm.

Looking forward to this. Just proves ten need to try something different at 6pm.

How does it prove that?

How does it prove that?

It’s not replacing Pointless. It’s another game show in the timeslot.

Mastermind would be even further removed from Ten’s target audience than Pointless. Ten should be looking at game shows that don’t require the audience to think too much.

It’s not replacing Pointless. It’s another game show in the timeslot.

I’m aware Mastermind is not replacing Pointless.
I’m making the fact that Pointless should be replaced with something else.

But I don’t see how it “proves ten need to try something different at 6pm”. If anything, it proves other networks think a game show is the way to go at 6pm.

I’m making the fact that Pointless should be replaced with something else.

As long as it’s not another game show (or news).

If Pointless is still on next year, this new show Mastermind will eventually beat it.

Mastermind would be even further removed from Ten’s target audience than Pointless . Ten should be looking at game shows that don’t require the audience to think too much.

Yeah. SBS’s audiences are meant to be intelligent, compared to Ten’s bunch of dum-dums.

SBS Channel Manager Ben Nguyen told TV Tonight that Mastermind would premiere in the second quarter of 2019. He said a host had been found but the identity could not be revealed just yet.

Join the audience of 'Mastermind Australia'

The legendary game show is returning to our screens and here's your chance to have a ringside seat.