Marry Me, Marry My Family

Marry Me, Marry My Family 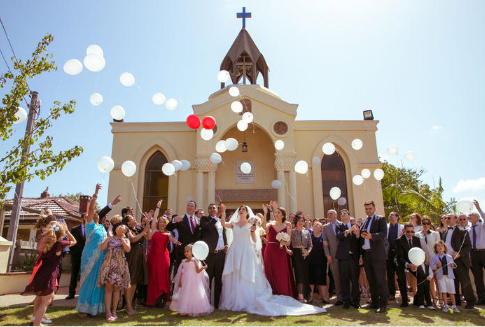 A third of all weddings in Australia involve a blend of different religions, traditions and cultures. This SBS original series follows diverse sets of couples as they try to bridge the gap between their cultures and balance their families’ expectations with their own dreams. Marry Me, Marry My Family is produced by CJZ with production funding from Screen Australia.

The show premieres on Tuesday, January 9, according to today’s Herald Sun.

The show has been renewed for a second season, which will again receive production funding from Screen Australia.

Marry Me, Marry My Family Season 2 announced for early 2020 at SBS Upfronts.

Marry Me Marry My Family - Season 2 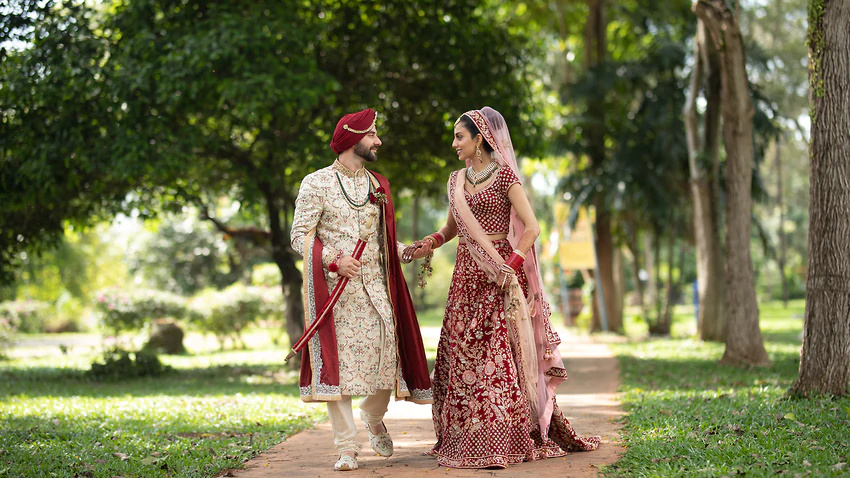 Six couples from different backgrounds share their tales of love against the odds. Season 2 of ‘Marry Me Marry My Family’ premieres on Tuesday, 7 January.

The journey to every wedding day brings tears and tension, chaos and compromise. But what happens when two people from vastly different religions and cultures go down the aisle? Ready or not, they’re thrown onto a roller coaster ride featuring double the stress and drama.

This summer on SBS, join six couples from diverse backgrounds in observational documentary Marry Me Marry My Family as they navigate families and traditions on the path to wedded bliss.

Showcasing amazing stories of cross-cultural weddings in Australia and the importance of family traditions and obligations leading up to a milestone moment, the second season of the three-part series premieres on SBS and SBS On Demand on Tuesday, 7 January.

In the first episode, Fijian Indian–Australian Nandi is caught between two cultures. She feels the pressure juggling her father’s wishes for an extravagant three-day Hindu wedding and her Anglo–Australian fiancé Dan’s desire for a simple Aussie wedding.

We’ll also hear of Pakistani Australian Muslim Hassan’s dilemma. He loves Rose, a Filipino Catholic, but his parents have already arranged his marriage to his first cousin back in Pakistan. Should he marry a woman he doesn’t love or disobey his parents and follow his heart?

In episode 2, we meet Aussie plasterer Scott who fell head over heels in love with Ethiopian nanny Eskii. Little did he know how complicated planning their wedding would be. Eskii’s parents are insisting she includes as many traditional Ethiopian elements as possible. She’s pushed to breaking point trying to keep her family happy while making sure Scott feels included in his own wedding.

Meanwhile, Greek Australian George always thought he’d marry a Greek girl in an Orthodox Church. Things changed when he met a Malaysian–Indian doctor, Ranmeet, a Sikh who dreams of a traditional wedding in a Sikh temple. They understand each other’s desire for a religious wedding, so they’ve found a unique solution – hold two weddings in two countries. There’s one glitch, though – Ranmeet must convert to Greek Orthodox and George must take on a new Sikh name.

Next up is Iranian former refugee Pariya who found her perfect match in Macedonian migrant, Viktor. Pariya’s mother is expecting a full Persian wedding for her only child, and Viktor is keen to oblige. As the couple start organising the ostentatious wedding, Pariya, sick of Victor not helping, hands the whole thing over to her betrothed. He must now keep his exacting fiancée and emotional mother-in-law happy and not break any Iranian traditions along the way.

When Australia legalised same-sex marriages in December 2017, Pagan Druid David and his Jewish partner Darren rushed to set a date. They are having a legal wedding that incorporates both of their religions. The ceremony is in two distinct halves and sparks fly when both want control over the day.

“SBS commissions documentaries that explore Australia’s diversity”, said SBS Head of Documentaries, Joseph Maxwell. “ Marry Me Marry My Family provides a unique insight into the lives of Australians who are facing one of the most important events of their lives. It captures intimate and heart-warming moments and explores the realities of navigating family expectations, traditions and values in modern multicultural Australia.”

Earlier this year, SBS launched Chinese and Arabic collections featuring a range of diverse dramas, documentaries and current affairs programs to enable growing multicultural communities to engage with local and international stories in their first language.

Marry Me Marry My Family will be subtitled in Simplified Chinese and Arabic and added to the subtitled collection at SBS On Demand, available immediately following its premiere on 7 January.