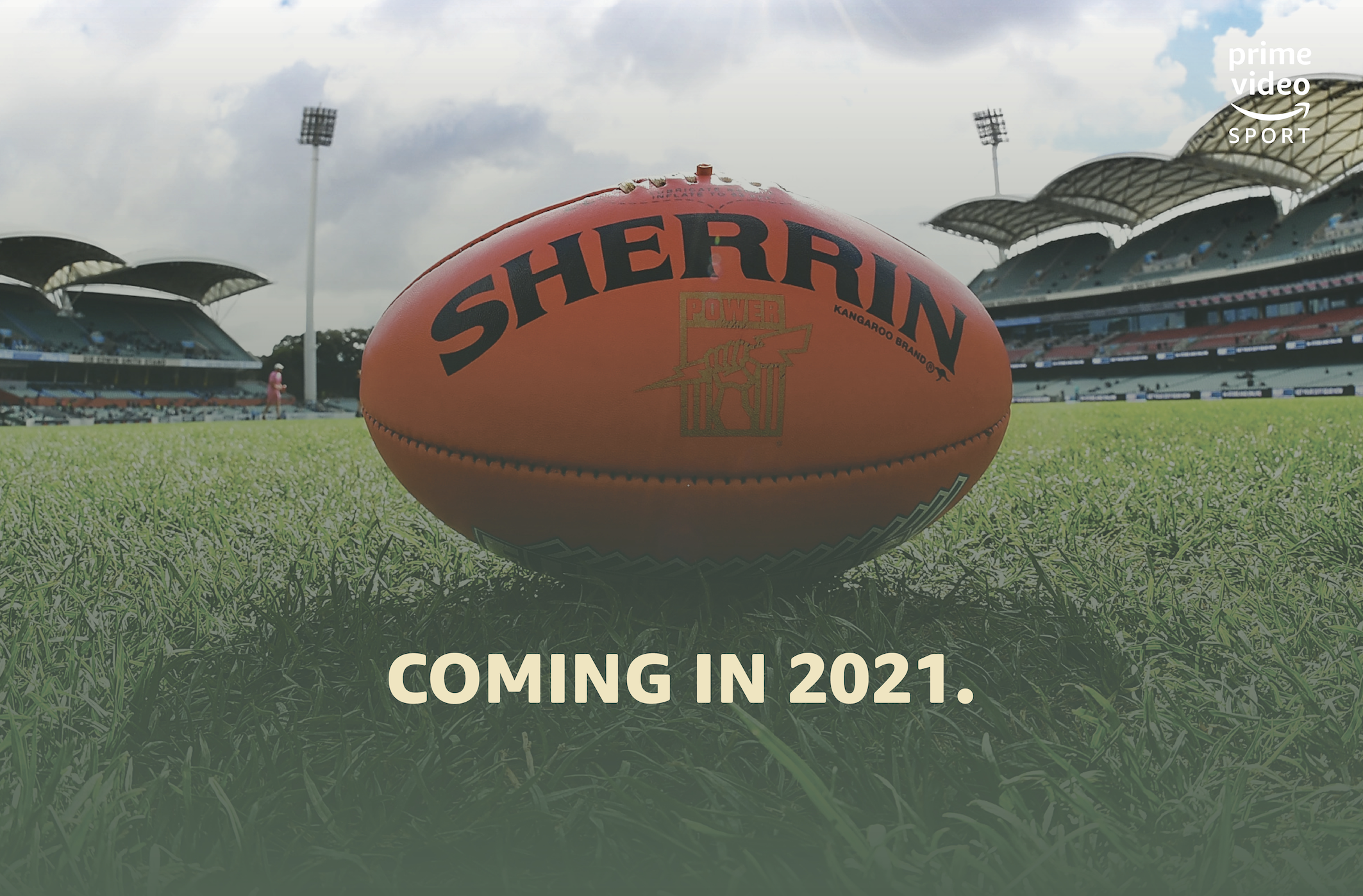 17 June, 2020 – Amazon Prime Video today announced it has commenced production with the Australian Football League (AFL) and JAM TV Australia, on a brand new docu-series that follows six key individuals from six teams for their 2020 season of the AFL, the iconic game treasured by many Aussies across the country. The untitled docu-series will launch exclusively in over 200 countries and territories in 2021.

The brand new series will give Prime members an exclusive behind the scenes look into the 2020 Toyota AFL Premiership Season, which has been impacted amidst the global COVID-19 crisis. Following four legendary players, a coach and an administrator across six different teams, the docu-series will provide a unique insight into the daily challenges and struggles on and off the field of professional football as they navigate their way through the season and these unprecedented times. As the new AFL season recommences for 2020, the six participants will offer viewers an insider view to one of Australia’s historic sporting traditions and go on to bring to life their road to glory, as the docu-series is set to culminate with the 2020 Toyota AFL Grand Final.

AFL players, coaches and administrators the series will follow include:

“We’ve been investing in Australian content for several years, and are excited to add to that momentum with this exciting project. Prime Video has commissioned four Amazon Original series in Australia since 2019, including The Test: A New Era for Australia’s Team , a series of 10 stand-up comedy specials by some of Australia’s best comedians, LOL: Last One Laughing Australia with Rebel Wilson and the upcoming Back to The Rafters . We are looking forward to continuing our work with talented Australian producers and crew teams across the country to bring the AFL docu-series to our Prime members globally.”

“Amazon Prime Video’s ability to tell stories and take fans behind the curtain is unprecedented in global sport and the AFL is proud to partner with Prime Video to showcase our game to the world,” said Darren Birch, AFL General Manager, Growth, Digital and Audience. “We are facing unprecedented times in the history of our league, and to be able to document how it unfolds through the lens of some of our competition’s most influential and important figures will be something we look forward to bringing to life.”

“This collaboration with Amazon Prime Video is realising our vision of attracting new audiences whilst engaging our most loyal fans, through relevant, accessible on-demand entertainment content, supporting our league’s purpose to grow the game for all Australians”, said Head of AFL Media Sarah Wyse.

The untitled Australian Original docu-series in conjunction with Australian Football League will be produced by JAM TV Australia, with executive producer and director Gil Marsden (Den of Martians).

The untitled production will add to the growing lineup of Australian Amazon Original series, including the highly successful docu-series with Cricket Australia released in March 2020, The Test: A New Era for Australia’s Team. The AFL docu-series will join thousands of TV shows and movies in the Prime Video catalogue, including award winning and critically acclaimed Amazon Originals such as Good Omens , All or Nothing: Manchester City , Fleabag , Tom Clancy’s Jack Ryan , The Boys , Hunters , and The Marvelous Mrs. Maisel , which are available at no extra cost for Amazon Prime members.

The documentary series now has a name: Making Their Mark.
It will premiere on Amazon Prime on Friday, March 12, coinciding with the opening week of the 2021 season.

Amazon Prime's AFL series now has a name and a 2021 airdate.

I was hoping it would be “All or Nothing: AFL” or something but alas…

Doesn’t really sound like part of the All Or Nothing series though.

Yeah I know, but it would have been nice. Making their mark is a nice name, but it doesn’t really make sense. All of the subjects have been in the AFL for a while. If it was a show about rookies or 1st-3rd year players, then it could make sense, but it’s about seasoned pros.

Amazon Prime has revealed the poster for the documentary.

Introducing a behind the scenes Amazon Original that closely follows iconic AFL identities as they navigate their way through a season that has never been seen in the 124 year history of the AFL. Coming to @primevideoaunz on 12 March #MakingTheirMark #PrimeVideoSportAU #AFL https://t.co/ZojBYFQS6X 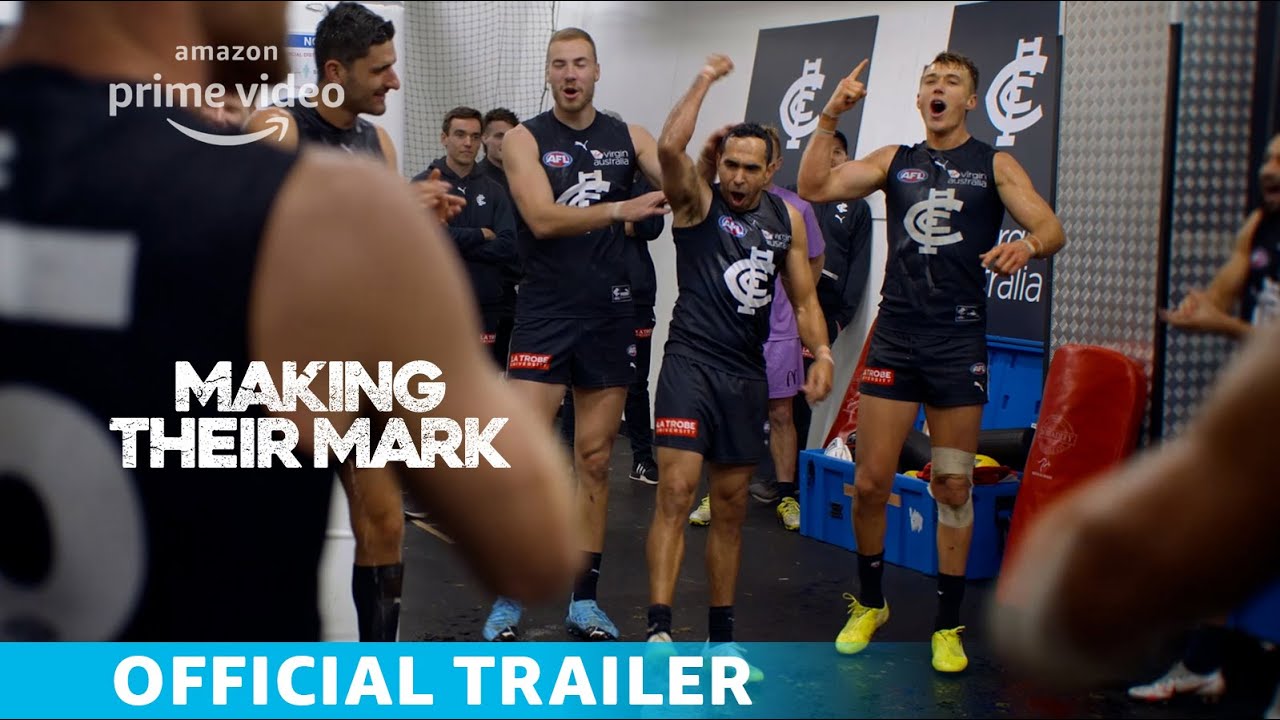 Behind the scenes article on the show. Amazon Prime Video’s new Australian docuseries focussing on the AFL – Making Their Mark – will be released globally on 12 March.The series details the 2020, COVID-affected season from the perspectives of AFL players and execs from six teams, as they...