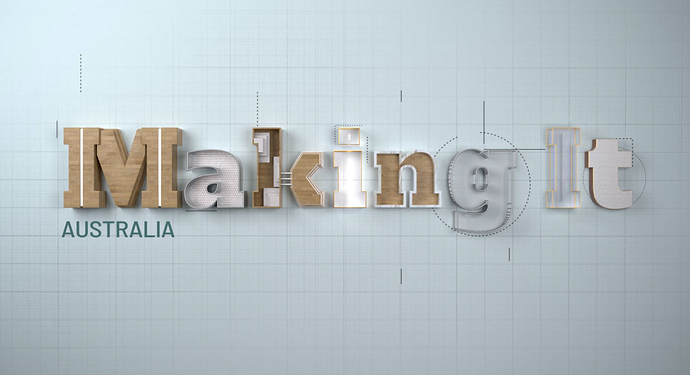 Announced at today’s 2021 Up fronts

What do a bedazzler, a circular saw, a glue gun and comedians Amy Poehler and Nick Offerman have in common? Making It Australia , that’s what!

What MasterChef Australia has done for Australia’s culinary skills; this show will do for upcycling.

Showcasing the connoisseurs of artistic genius – basically those exceptional people who possess the knack for creating something totally resourceful and mind-blowing out of a few pieces of string, a bit of paint and a bandsaw – the brand-new format, Making It Australia comes to 10 in 2021.

From executive producers and comedy supremoes Amy Poehler and Nick Offerman, the original hit US series Making It is a super fun and light-hearted crafting show that celebrates the creativity and craftiness in all of us. The new local version will bring together Australia’s most talented ‘makers’ to showcase their amazing artistic skills.

We’ve all been inspired to make something or showcase our ability as a maker, but what these makers are able to create – everything from gadgets, objects, contraptions, thingamajigs and devices that are totally arty and crafty – will leave viewers stunned, surprised and utterly enchanted.

Each week Aussie artisans with a passion for interior design, murals, woodwork, costume design and more will be put to the test in some incredible design and creation challenges. Will they have what it takes to impress our very crafty judges?

Network 10 Head of Programming, Daniel Monaghan, said: “ Making It Australia is an incredible creative competition for the whole family that celebrates the everyday maker.

“Combining the character and camaraderie of people who just love making things, Making It Australia will not only showcase some of the most beautiful, quirky and imaginative craftmanship at work, but it just might inspire you to make something along the way.”

Each episode will focus on a theme that draws its inspiration from popular nationwide trends in crafting and DIY. The makers must complete two projects per episode, nominated by our hosts, that challenge the makers’ ability to think outside the box.

First, the faster craft round is a timed challenge requiring a combination of speed and imagination. Then, the makers will move on to the master craft collection, a challenge in which they will need to create a craft project that illustrates the episode’s theme.

Ultimately, one maker will emerge victorious and be crowned ‘Master Maker’, taking home a cash prize of $100,000.

The Making It format is distributed globally by NBCUniversal Formats. 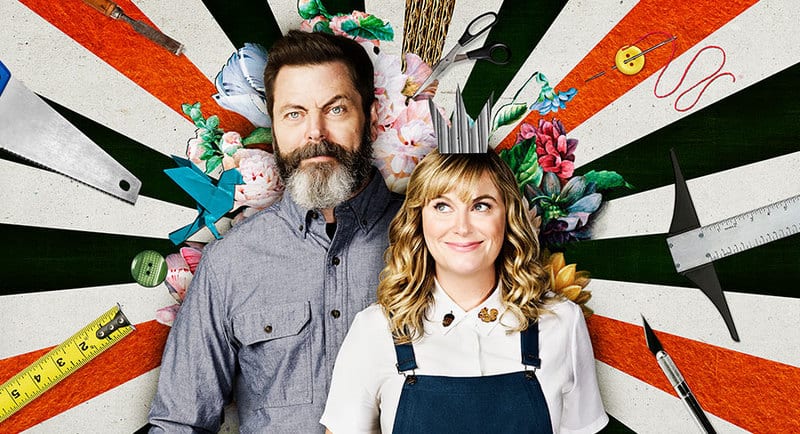 • The show will be co-produced by NBCUniversal International Studios, Matchbox Pictures and Eureka Productions

It is a multi-night franchise and sits tonally in the space occupied by things like MasterChef, Bake-Off, Lego Masters. It’s a competitive reality show that sits in the world of crafting. It could range from a family making a Halloween costume to someone making a piece of art. It was created by Amy Poehler in the US and is into its third season on NBC.

It is very different to everything else that is on air. It has family appeal and will be hosted by comedians.

Is it necessary to have the word “Australia” in the title? No one is Australia would be aware of other international versions to get confused with.

Is it necessary to have the word “Australia” in the title? No one is Australia would be aware of other international versions to get confused with.

Likely a requirement as part of licensing the format.

Crack out your glue guns because in 2021, Making It Australia is coming to 10! From executive producers #AmyPoehler and @Nick_Offerman, this lighthearted crafting series allows incredibly talented ‘makers’ to showcase their artistic skills. #10Upfronts https://t.co/EiJOOQzhqf 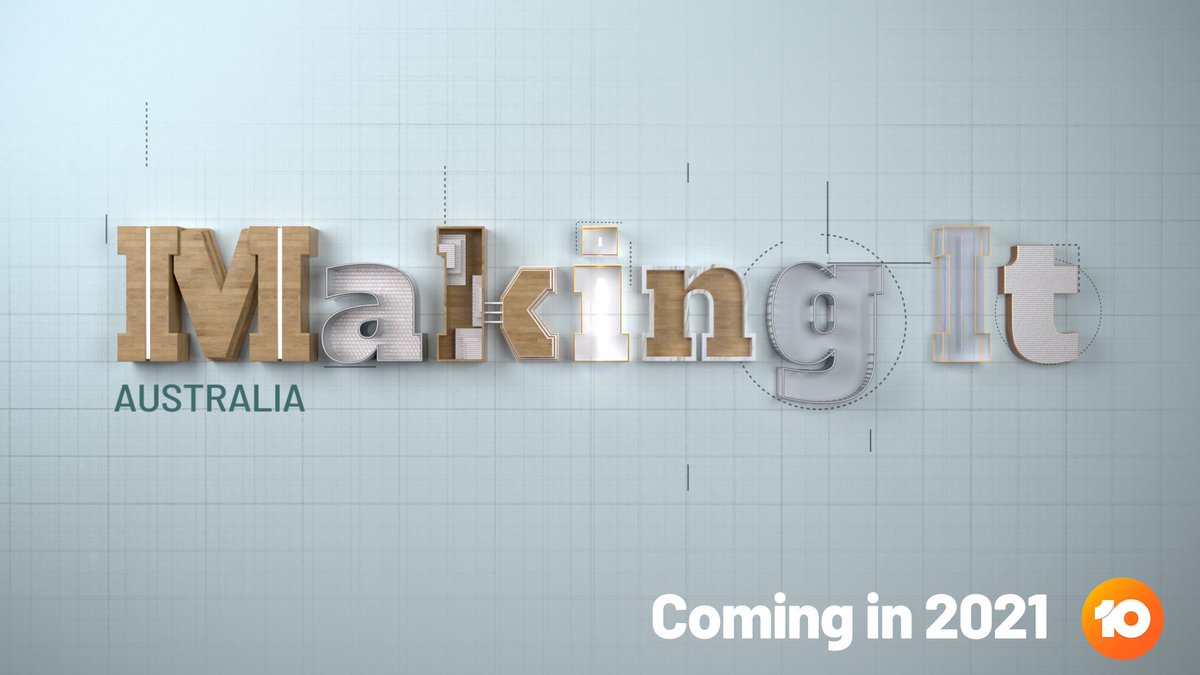 @Nick_Offerman Huge thanks to Amy Poehler for recording a special message just for our #10Upfronts. Hosts and judges for Making It Australia will be announced soon. https://t.co/4SjuTYtZ8a 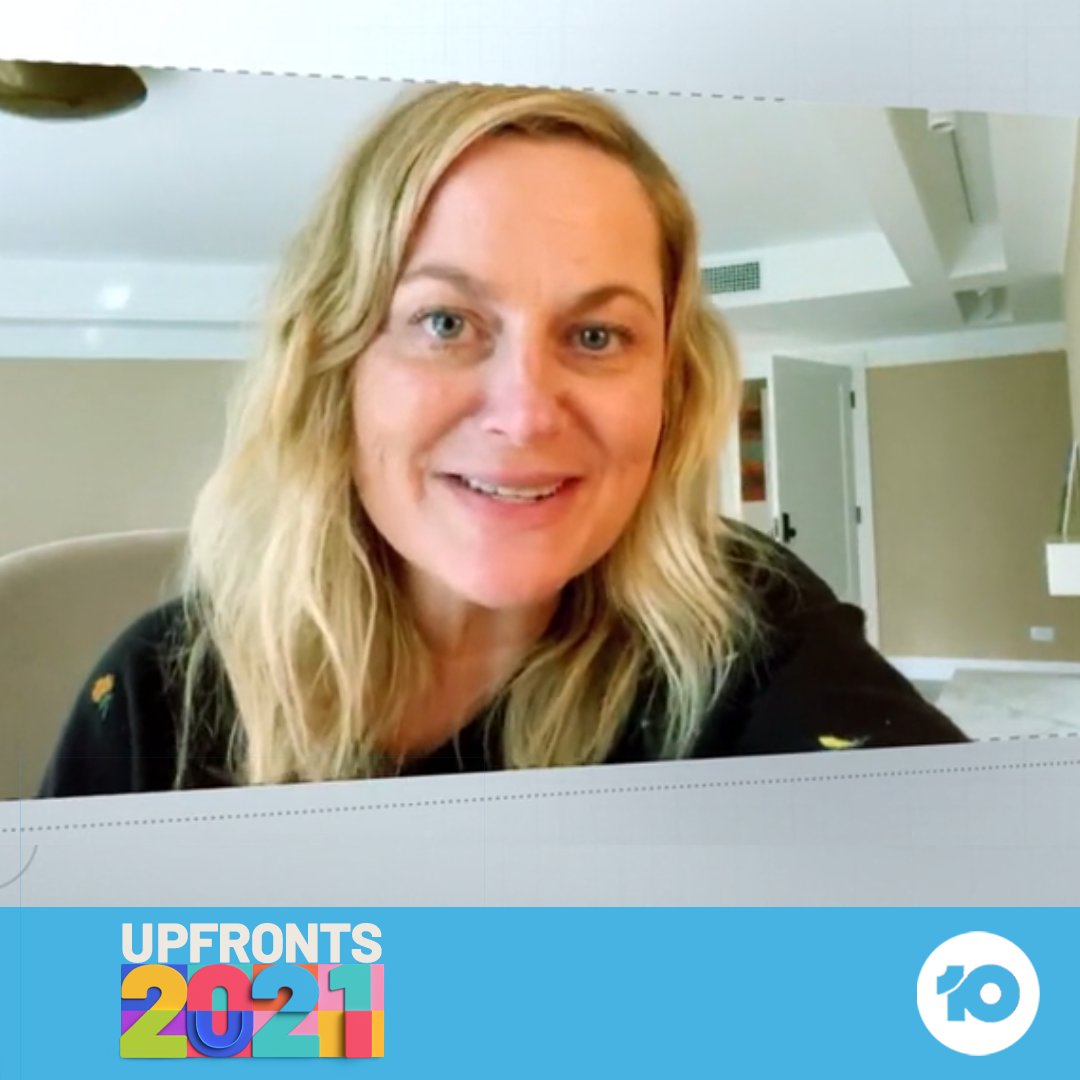 "You could be a household hacker, a DIY decorator, a quilter, knitter, a scrapbooker, basket weaver, needle pointer, wood worker, accessory or jewellery maker."

If you love to make stuff, no matter how big or small, we want to hear from you. All artists and makers, apply now and you could be part of an exciting new Aussie show in 2021, Making It Australia! 10play.com.au/10-play-trendi… 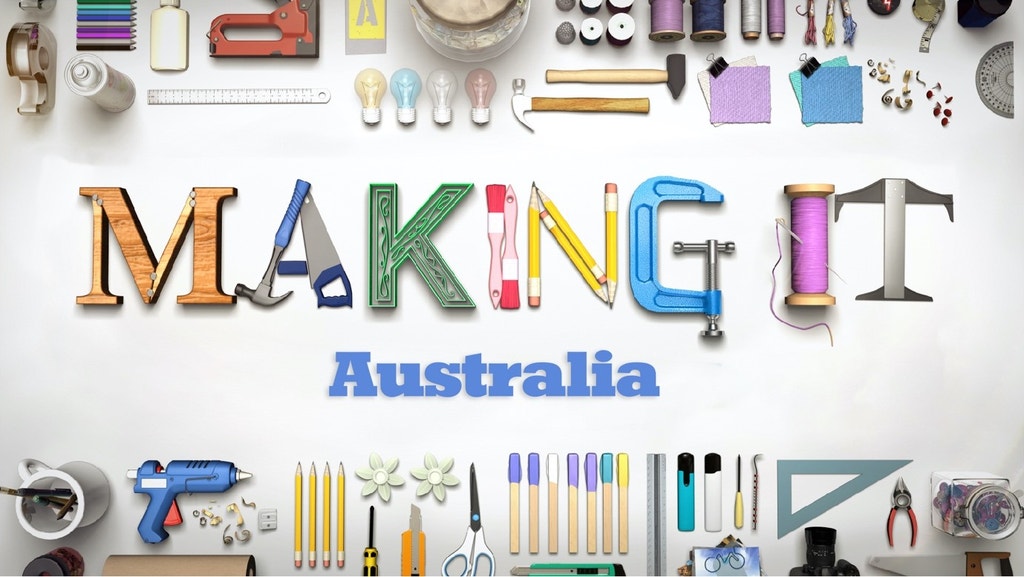 Apply Now For Making It Australia

If you love to make stuff, no matter big or small, we want to hear from you! The Australian version of the hit US show from Amy Poehler and Nick Offerman. 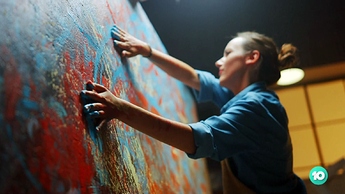 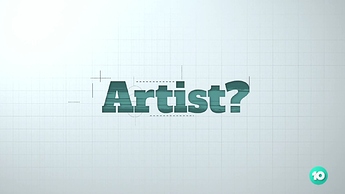 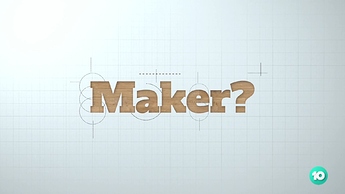 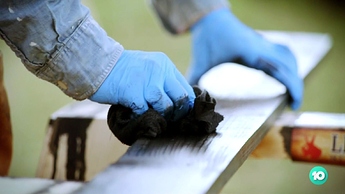 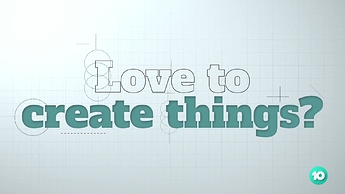 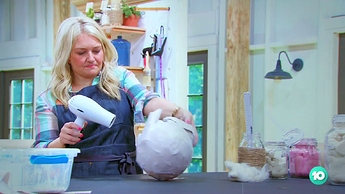 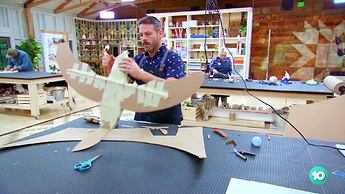 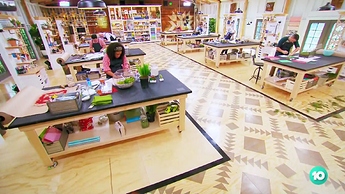 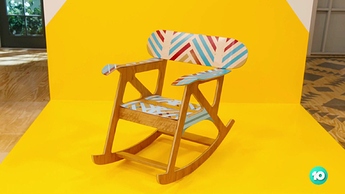 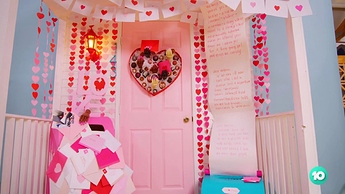 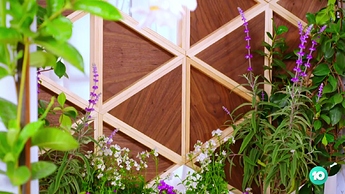 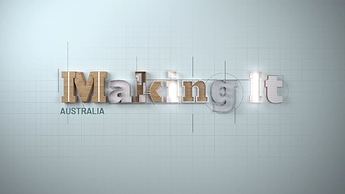 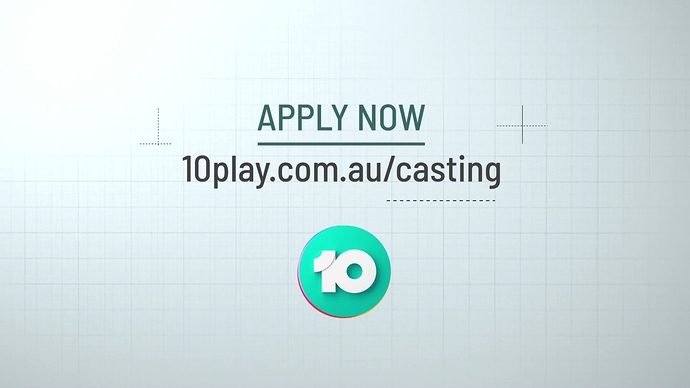 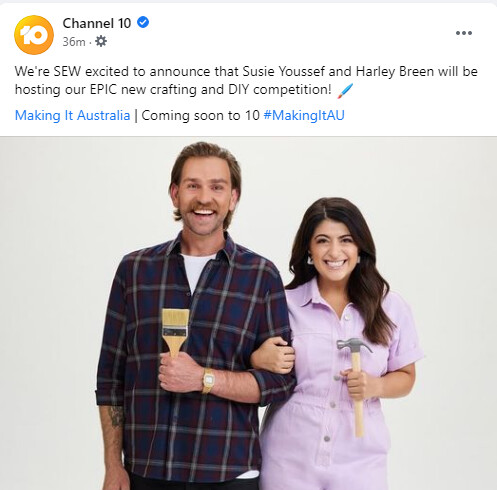 Susie Youssef And Harley Breen Are Sew Excited To Be Making It.

Making It Australia. Coming Soon To 10.

Comedian, actor, writer, and panellist on The Project , Susie Youssef is ready to cheer on our makers, who will be crafting so hard, they sweat glitter.

Susie said: “I feel ecstatic to be working on a show that is going to bring so much joy to everyone who sees it.

“I feel pumped that we’re showcasing some kick arse creative geniuses from all over the country and I feel ridiculously short standing next to Harley Breen but, for this show, I’m ok with that.”

And as a father of three, making things at home is a daily occurrence. How’s that for expertise? We nailed it.

Harley said: “In addition to craft time with my kids, for as long as I’ve been able to, I’ve wanted to be in my shed making things that could otherwise be purchased but not appreciated.

“I’m thrilled to be given the opportunity to host a show of this magnitude alongside my very talented friend Susie Youssef, and truly love the idea and subject matter.”

From sewing to woodworking, papercrafts to pottery, and carving to crocheting, Making It Australia is the heart-felt and quirky new series that brings together Australia’s most talented ‘makers’ to showcase their artistic genius.

And in a world where we’re spending more time crafting and DIYing, there will be no better program to showcase that home is where the art is.

Good to see 10 going for someone other than Grant, Amanda, Dr Chris, Julia and Osher.

Great choices I think, hope they work well together.

Harley and Susie have both posted on Instagram about their new roles.

Righto. This is sick!.. Been sitting on this news for 8 million years. Finally the publicity boffins at @channel10au have released me from my silence, and I am absolutely pumped to announce, I’m the host of Making It Australia along side my good, funny, rad mate @susie_youssef .

Originally created by comedy royalty, @nickofferman and #amyPoehler for the US, it’s a genuine honour to be the face of the brand new Australian version…Other than my family and comedy, what I live for is being in a shed - making things. Anything at all will do.

Now my worlds are all colliding into one excellent project of comedy and tools and craft and rad!! Can’t wait to get stuck in and meet all the brilliant makers that’ll be on season one of #makingitAu. Coming soon to 10.

A bit of excellent news for your Friday morning… I get to hang out with old mate @harley.breen and make/watch craft by some of the most brilliant makers in the country! Can not wait for @makingitau on @channel10au

Surely this will rate better than Ultimate Tag did for 7.

Depends how long the episodes are and how long the series is. If they make it bloated and stripped across multiple nights with non-eliminations then forget it.

She does have ia lot of guest spots in shows. She was in Why Are You Like This and Rosehaven recently. 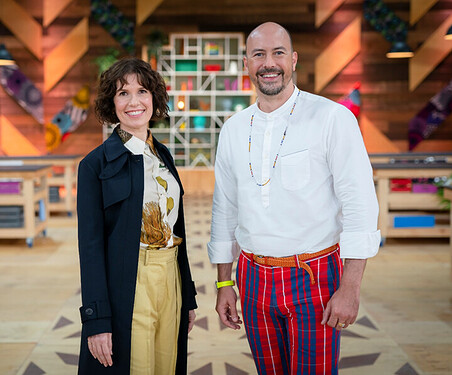 Making It Australia. Coming Soon To 10.

What do you get when you cross Game Of Thrones and Kylie Minogue? Our outrageously-creative new judges on Making It Australia , of course!

It’s with glitter in our veins, that we announce award-winning Production Designer and Art Director, Deborah Riley, and world-renowned Paper Engineer Benja Harney, as judges on 10’s epic new crafting and DIY competition Making It Australia , premiering later this year.

Master craftspeople in their own artistic fields, these Aussies couldn’t be more snipping -fabulous if they tried!

Best-known for her work as Head Of Art Department on Game Of Thrones , one of the most-watched television series of the past decade, Deborah’s equally impressive film credits include work as Set Designer on The Matrix , 21 Grams and Baz Luhrmann’s Moulin Rouge.

With four Emmy awards and a BAFTA under her artistic belt, Deborah is ready to encourage and inspire our makers to push themselves beyond their comfort zone.

Deborah said: “At a very fundamental level, I believe in what Making It stands for. I believe in artists and the transformative power of their art.

“All of the challenges will test our makers in different ways and I am incredibly excited to see what they bring to the table”.

Renowned as a pioneer in his field, Benja has created bespoke paper constructions for some of the world’s leading brands including Google, Nike, Facebook and Hermes. Not to mention two of Australia’s most successful music exports: Kylie Minogue and SIA.

As a master-maker himself, Benja is excited at the prospect of being able to share his hard-earned wisdom with our makers and hopes to encourage them to bold heights of creative expression.

Benja said: “I’m over the moon to be involved with 10’s series Making It and to help celebrate Australian imagination.

“I’ll be looking for an inventive approach to materials, confident colour choices and projects that are beautifully finished. These are sure-fire ways for our makers to achieve those ‘wow’ moments we’re looking for”.

From sewing to woodworking, papercrafts to pottery, and carving to crocheting, Making It Australia is the heart-felt and quirky new series that brings together Australia’s most talented ‘makers’ to showcase their artistic genius.

Making It Australia is hosted by Susie Youssef and Harley Breen.

First images of the new series 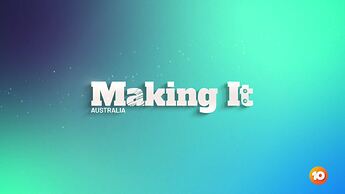 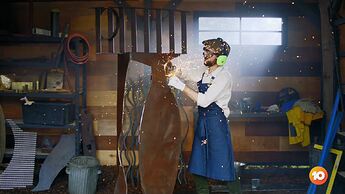 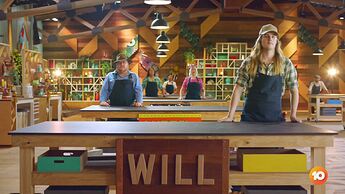 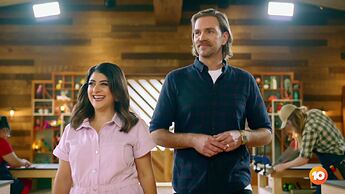 I’m getting the impression this is also filmed at the Melbourne Showgrounds?