Love On The Spectrum , won the Rockie Award for Best Lifestyle Program .

ABC leads the way on world stage at Rockie Awards ABC programs have won a trio of world-class Rockie Awards, which celebrate excellence in global television and digital content. ABC Children’s was celebrated on the international stage with two Rockie Awards, which form part of the Banff World Media Festival and are chosen by a global jury of more than 150 senior entertainment and media professionals. Bluey , the most popular children’s show in Australia, won the 2021 Rockie Award for Best An…

This week, Hamish Macdonald returns to the #QandA host chair to talk disability, autism, the Nationals leadership spill and the big stories of the week. On the panel Jayden Evans from Love on the Spectrum. 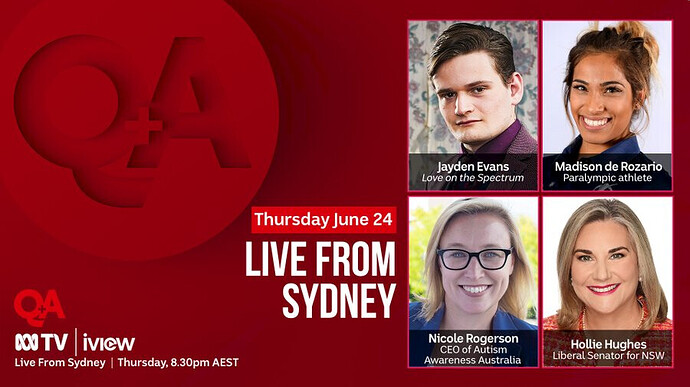 Live in Sydney Thursday 24 June at 8:30 pm This week, Hamish Macdonald returns to the Q+A host chair as we talk disability, autism, and the big stories of the week. The NDIS is moving to a new model of eligibility testing called independent assessments which has spread fear and distress among Australians with disabilities. Is the original intent of the NDIS being undermined? In politics, Barnaby Joyce returns as Deputy Prime Minister, after beating Michael McCormack in a National Party lead…

Michael from Love on the Spectrum was a guest actor on Hardball season 2, episode 10.

Hmm, I’m sure it’s not entirely coincidental when both shows are produced by Northern Pictures!

Whatever the case, his acting was good, even though it was a small role.

The show won gold in the Human Concerns category at the New York Festivals Film & TV Awards this week.

Nominees for the prestigious 60th annual Rose d’Or Awards have been announced. Selected from over 750 entries across 12 categories. The shortlist was voted for by a jury of 150 broadcast executives and leading producers, from across the international...

Love On The Spectrum nominated in Reality and Factual Entertainment category.

Finalists for the 60th annual Rose d’Or Awards, which were announced on Wednesday, feature ABC documentary Firestarter – The Story of Bangarra (nominated for Best Arts Award), the insightful Australia Talks (Best Studio Entertainment) and empowering Love on the Spectrum and You Can’t Ask That (both nominated for the Best Reality and Factual Entertainment Award). 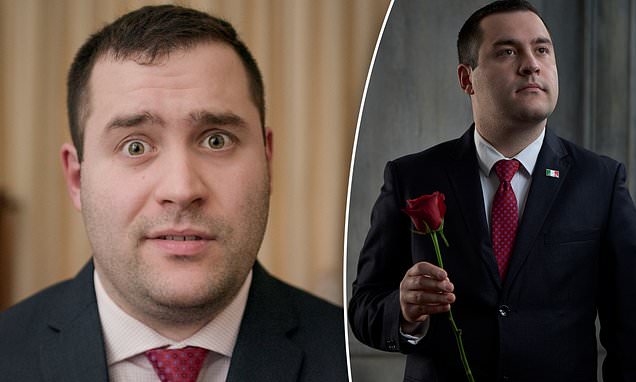 Love on the Spectrum's Michael Theo announced the launch of his new podcast, MR. A+, on Thursday.

MR. A+ will be released every Tuesday and is available wherever you get your podcasts.

Love on the Spectrum gets US adaptation | TV Tonight

Northern Pictures hit dating documentary is commissioned by Netflix for a US series.

UPDATE 5/5: Netflix has released the official trailer for the US adaptation, which will premiere on May 18. Netflix's Love on the Spectrum US Trailer Shows New Group of Singles with...

Netflix promo of US adaptation. 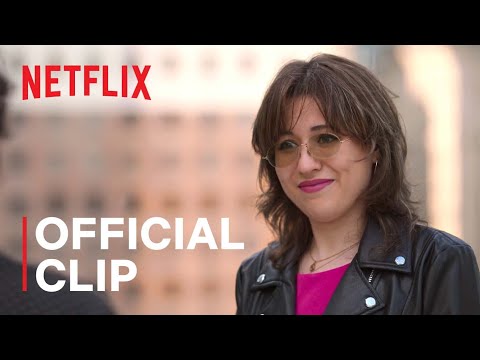 The US adaptation won three Creative Emmy awards at the weekend. Northern Pictures wins Emmys for Love On The Spectrum U.S.

Netflix has renewed its version of Love on the Spectrum for a second season.