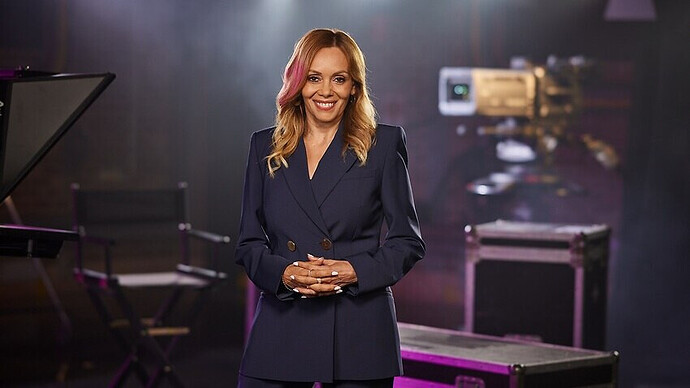 Living Black returns with its 29th season in 2021. Australia’s longest running Indigenous current affairs program continues to provide the best with a series of investigations and celebrity conversations. From children living in out of home care, to the return of cultural artefacts, journalist Karla Grant explores important and often unknown issues affecting Indigenous Australians. Karla also speaks with well-known personalities to talk about their lives, careers, and what inspires them to achieve greatness for their people and for themselves.

Executive Producer and Host of Living Black Karla Grant will return to the helm in her 18th year producing the program and 26th anniversary at SBS - a career that has seen her interview iconic figures such as the Dalai Lama, Kevin Rudd, Malcom Turnbull, Adam Goodes , Cathy Freeman, Uncle Jack Charles, Samantha Harris and Archie Roach .

The episode sees Karla travel to the town of Meningie, South Australia to the set of Ernie’s successful program Going Places with Ernie Dingo. Karla chats to the renowned traveller about his life, career, the importance of language and culture, and what the future holds for the legendary personality. 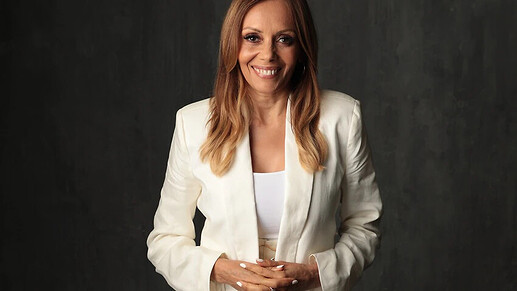 Living Black ’s 29th season will begin with four episodes devoted to First Nations politicians, ahead of the 2022 federal election.

Independent Tasmanian Senator Jacqui Lambie will share her life story and delve into what inspires her politically on Monday 18 April. Victorian Greens Senator Lidia Thorpe describes her journey from a childhood in public housing to walking the halls of Parliament House, on Monday 25 April.

On Monday 2 May, Labor Senator for the Northern Territory Malarndirri McCarthy opens up about the fight for the rights of her people and the reasons behind why she crossed the floor in parliament against her own government. The Honourable Ken Wyatt AM MP will share his journey to becoming Australia’s first Indigenous frontbencher, and the first Indigenous politician to hold the portfolio for Indigenous Australians in the Federal Government on Monday 9 May.

The 29th season includes conversational episodes devoted to Narelda Jacobs , Brooke Blurton , Mitch Tambo and Sonny Bill Williams , as well as more of Living Black ’s award-winning investigations, following on from a year that saw the program report on the COVID-19 crisis in Wilcannia and the forced removal of Aboriginal and Torres Strait Islander children – the latter winning Living Black an Amnesty International Australia Media Award in 2021 and a Walkley Award in 2022.

Host Karla Grant said, “I am so looking forward to another year full of important conversations and investigations as part of Living Black . My team and I are committed to telling the stories of our people. As we head into our 20th anniversary in 2023, we’re reminded of how significant a program like Living Black is. Living Black provides Indigenous peoples with a voice that reaches right across the country, and we are committed to this platform where we’re able to draw attention to the lived experiences of Aboriginal and Torres Strait Islander peoples.”

Director of Indigenous Content at SBS, Tanya Denning-Orman , said: “Fresh from their Walkey’s win, I’m so looking forward to what 2022 has in store for Living Black. Living Black is synonymous with NITV for a reason. Karla and her team are devoted to bringing Indigenous voices to wider Australia, whilst representing Community with passion and empathy. We can’t wait to celebrate the program’s 30th season next year.”

Watch Living Black weekly from Monday 18 April at 8:30pm on NITV and SBS On Demand.

On Monday 30 May at 8:30pm , Living Black airs a special conversation with Mitch Tambo . Language, culture and tradition isn’t just a source of pride for singer songwriter Mitch Tambo - it’s a way of life. Since bursting onto the scene singing his song Walanbaa in language on ‘Australia’s Got Talent’, Mitch has been taking the music world by storm. Join host Karla Grant as she travels to Torquay in regional Victoria to talk to Mitch about his life, his love of language and to hear about the birth of his baby girl Phoenix. 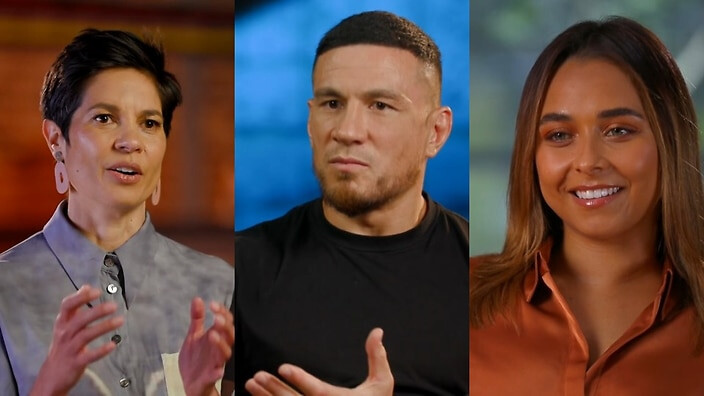 Some of the biggest names in sport, media and entertainment will appear on NITV’s Living Black this month.

As ever, the program will delve into the lives behind the bright lights of fame, such as that of Brooke Blurton, who broke barriers by becoming the first-ever Indigenous lead on The Bachelorette Australia.

But life was not always glitz and glamour for the reality star.

Brooke Blurton on life and loss

“I had to grow up quite quickly," Blurton told the program.

"When I was 11 years old, I lost two of the most influential women in my life within a month of each other… my Mum and my Nan, we were so close.

"I was in utter shock and my reaction to that was to shut down… I didn’t feel like I was really understood in that time and that’s all I wanted, to feel understood and valued and validated.”

As the public well knows, Blurton overcame this early trauma to become a celebrated figure in modelling and as the star of The Bachelorette.

She and Karla also discuss Blurton’s work with Indigenous youth, perhaps no surprise given her own troubled childhood.

Narelda Jacobs on being her ‘authentic self’

Another familiar face to many viewers will be the beloved Narelda Jacobs, the trusted face of the nightly news for Network 10 for two decades.

But as she told Living Black, the search for her own truth has been a lifelong battle.

Jacobs opened up about her life, why she wanted to become a journalist, and how she battled a strong Christian upbringing to finally find her own queer identity.

“I didn’t want to live a lie. I wanted to live my authentic self and I couldn’t be in the closet anymore with my family,” she told Living Black.

"So I sat my Mum down… the next thing she said was ‘I will never be able to accept your sexuality, but I will always love you.’

"She’s come a long way now, but I knew that there would never be that acceptance, so to have that love… was something that’s not afforded to a lot of queer people when they come out.

“It probably makes me stronger.”

Jacobs said she still has “fierce respect” for her mother, who defied the racist norms of the day to be with her husband.

"I respect her as that woman who married a Black man when it was shunned and frowned upon.”

He may be one of the best-known faces in sport, but Sonny Bill Williams also had to fight for his identity, in more ways than one.

Having played NRL, Rugby Union, and represented the All Blacks, Williams says he is now facing his biggest challenge: taking his talents to the boxing ring.

He told Living Black of the many pitfalls of his journey so far.

“They say only from the depths of the darkness can you reach the highest of heights."

“I was living a life that was boundary-less… I was young, some would say good-looking and I had wealth. It was hard to say no to those things. The way I lived my life on the field, I took that into my life off the field as well, where it was: train hard, play hard.”

Overcoming low self-confidence off the field was a major challenge for Williams, who struggled after his retirement from the field.

“I had confidence once I had a few drinks in me or I had drugs in me… but once that had gone, the next day… knowing that I wasn’t a good person, it takes away at your soul.”

“It’s not empowerment that you feel.”

Getting into the ring gave Williams a purpose again, as he told Karla.

To hear all these stories and more, tune into Living Black, Mondays 8:30pm on NITV. Join the conversation #LivingBlack

The NAIDOC line-up includes True Colours specials of Living Black, firstly with Erica Glynn – Woman of Many Talents where host Karla Grant speaks with the award-winning writer, producer, and director about her life and career, and her role as co-creator of True Colours. In Art, Greed and Betrayal, Karla investigates how one man betrayed his art community. Then, in True Colours – Behind the Scenes , Karla is joined by creators Erica Glynn and Warren H. Williams, Rarriwuy Hick and translator Marie Ellis to explore how Arrernte language, culture, and community helped to shape this unique series. 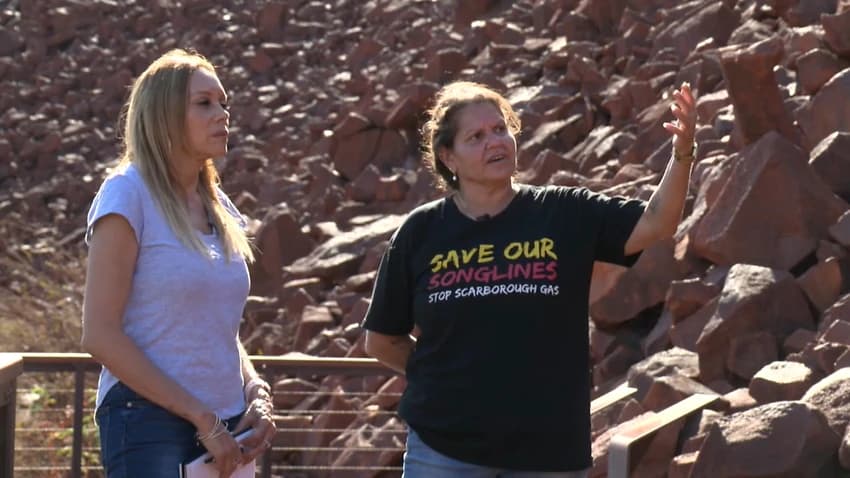 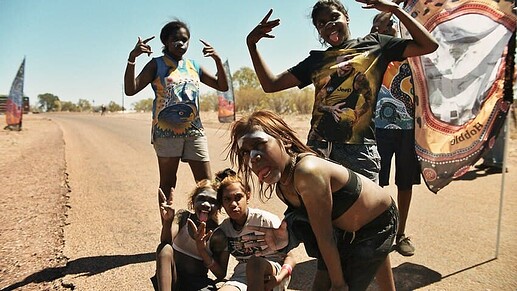 NGUMPIN KARTIYA - Untold Stories of the Gurindji and the Wave Hill Walk-off is a film produced by the Gurindji Aboriginal Corporation, Freedom Day Festival and These Wild Eyes. Released on August 23, this 17-minute documentary film looks at a proud and sometimes difficult past, and also celebrates a bright and better future.

The Gurindji story, immortalised in the Paul Kelly and Kev Carmody classic From Little Things Big Things Grow, is known by many Australians – but often only vaguely. This film sheds light on the pivotal historical events that led to Aboriginal Land Rights and forever changed our nation and the plight of Indigenous people to reclaim their land.

And it does so by revisiting the Gurindji community all these years later to hear from the descendants of Vincent Lingiari and those who took a brave stand against power and privilege some 54 years ago.