Foxtel today announced it is expanding its already extensive movie offering launching the iconic LMN® - Lifetime Movie Network from global media company A+E Networks®; exclusive to Foxtel subscribers from September 1, 2020 and adding a slew of new movies to its on demand library.

LMN is an entertainment destination for women, featuring inspired made for television movie programming. LMN films tell both fictional and real-life stories steeped in drama and shining a light on women facing unbelievable challenges.

The new high-definition channel will be added at no extra cost to customers of the Foxtel Movies bundle and broadcast 24 hours a day. It will be programmed and managed by Foxtel in Australia and new movies will be added to the on demand library over the coming months.

LMN bolsters Foxtel’s already must-have movie offering with more than 1000 movies on demand including the biggest and recent blockbusters and all-time greats.

Brian Walsh, Executive Director of Television, Foxtel said: “For more than 20 years, Lifetime Movie Network has captured TV audiences in the US by delivering quality made for television movies featuring some of Hollywood’s biggest stars. The movies are a perfect guilty pleasure with captivating stories and outstanding performances. We are delighted to partner with LMN to bring our customers Lifetime’s iconic movie heritage to Australia.”

Tanya Lopez, Executive Vice President, Movies, Limited Series & Original Movie Acquisitions for Lifetime and LMN, said: “We are thrilled to be working with the strength of Foxtel to bring A+E Networks’ Lifetime original movies to a whole new audience throughout Australia. With a legacy of powerful women on both sides of the camera including the best of Hollywood’s A-list talent, our globally successful Lifetime TV movies offer the widest breadth of subjects and storylines that resonate with today’s audiences seeking to indulge.”

Some of the movie headliners showcasing their talents over launch month in September include Catherine Zeta-Jones ( Cocaine Godmother: The Griselda Blanco Story ), Whoopi Goldberg ( A Day Late and a Dollar Short) , Hervey Keitel ( Fatal Honeymoon ), Vivica A. Fox ( The Wrong Roommate ), John Corbett ( The Hunt For Killer 1-5 ), Lindsay Lohan ( Liz & Dick ), Shannon Doherty & Mira Sorvino ( No One Would Tell ) and Denise Richards ( Secret Lives of Cheerleaders ).

The LMN brand, which launched in the US in 1998 as Lifetime Movie Network, has a strong pedigree of exceptional talent and is the home of some of the grittiest, most thrilling stories to hit the small screen.

The new channel is exclusive to Foxtel from September 1, 2020. More programming details will be announced soon. 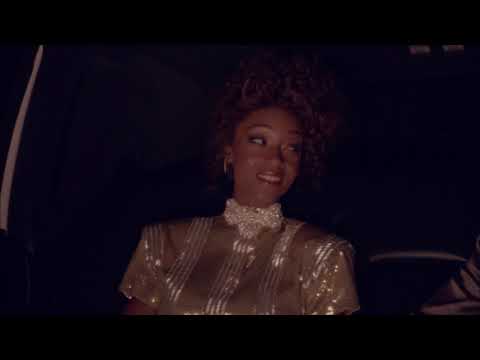 LMN serves up a delicious cocktail of ‘ripped from the headlines’ TV movies, sensational biopics, Hollywood glamour, murder, drama and even some cheerleaders! Here are ten of the best for your viewing pleasure.

Academy Award and Tony Award-winning actress Catherine Zeta-Jones stars in Cocaine Godmother: The Griselda Blanco Story , a Lifetime feature based on the life of drug lord Griselda Blanco, a pioneer in the Miami-based cocaine trade.

Laura Collins (Shannen Doherty), single mum to daughter Sarah (Matreya Scarrwener), has had a history of rocky relationships, so when Sarah begins dating the popular and charismatic Rob Tennison (Callan Potter), Laura is thrilled. But when it becomes increasingly clear that Rob has a darker, possessive side, Laura lives in a state of denial about their relationship until Sarah goes missing. Laura must find the will to fight for justice for Sarah when a case against Rob is brought to trial and presided over by a powerful judge (Mira Sorvino).

Starring John Corbett and Sara Canning. A detective who discovers similarities in cases up and down California’s I-5 corridor grows determined to prove that the seemingly unrelated murders are the work of one man. Based on a true story.

Starring Harvey Keitel and filmed in Australia. When a young woman dies while scuba diving on her dream honeymoon, authorities begin to suspect her new husband may know more than he’s letting on. Based on a true story.

Starring Vivica A. Fox. Following a break-up with her unfaithful fiancé, a young college professor agrees to live at her sister’s and watch over the home and her 17-year-old niece. Unbeknownst to her, a gorgeous tenant, who is friendly to her young niece, is living in the guest house. But things aren’t that simple as this mysterious stranger turns out to have a troubled past with dangerous consequences.

A star high-school dancer starts using prescription painkillers after a knee injury sidelines her. Feeling isolated, she is adopted by a popular group, which leads to sharing her pills, having regular “pharm” parties and falling in love for the first time. But when her prescription runs out, they resort to buying pills, only to have their lives forever changed when they discover their classmate dealer has been selling them heroin under the guise of being a cheap Mexican painkiller. Starring Bella Thorne.

After struggling through a painful divorce, April (Ashley Turner), decides to get back into the dating game and is swept off her feet by the handsome Jacob (Aiden Turner). But Jacob is hiding a dark side – and a wife?!

Ava (Savannah Lee May) an incoming transfer student, reluctantly tries out for the cheerleading team at the insistence of her overly-ambitious mother, Candice (Denise Richards). Katrina (Allie DeBerry), the head cheerleader and most popular girl in school, unexpectedly cozies up to Ava who makes the squad and instantly becomes high school royalty. As she transitions into her new life, Ava discovers becoming part of the squad comes at a price.

The launch promo campaign is voiced by Australian actress Jenni Baird ( Regina - A Place To Call Home , The 4400 ). Watch on LMN – Lifetime Movie Network or stream on demand from Tuesday September 1, 2020.

Aussie sisters Raechelle Banno (Home and Away) and Karina Banno (Second Best) will star in V.C. Andrews’ 4-part Landry series, premiering on Foxtel on Demand on May 1, then on LMN on Foxtel on May 3. The series is based on the first four of five Landry novels, written by Andrew Neiderman and released from 1994 to 1996. 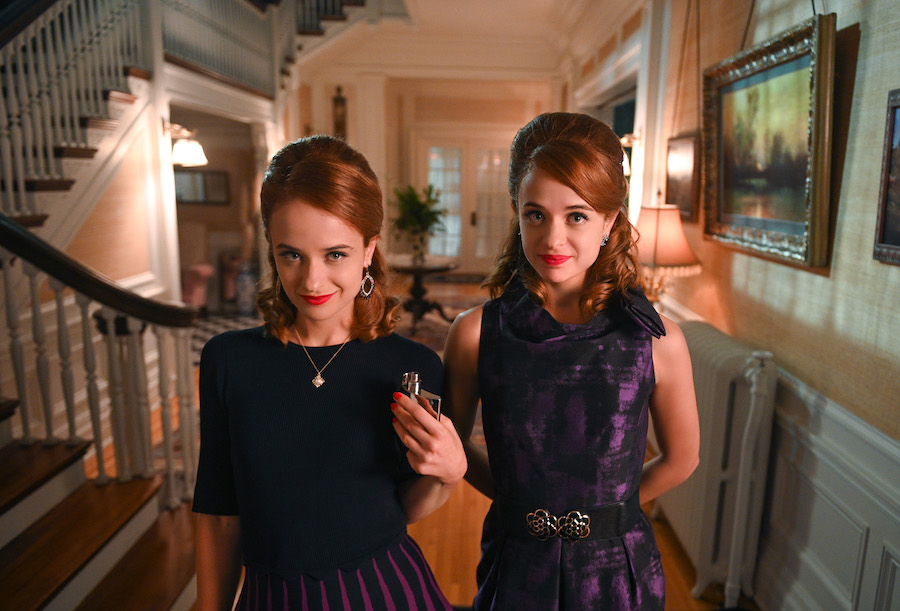 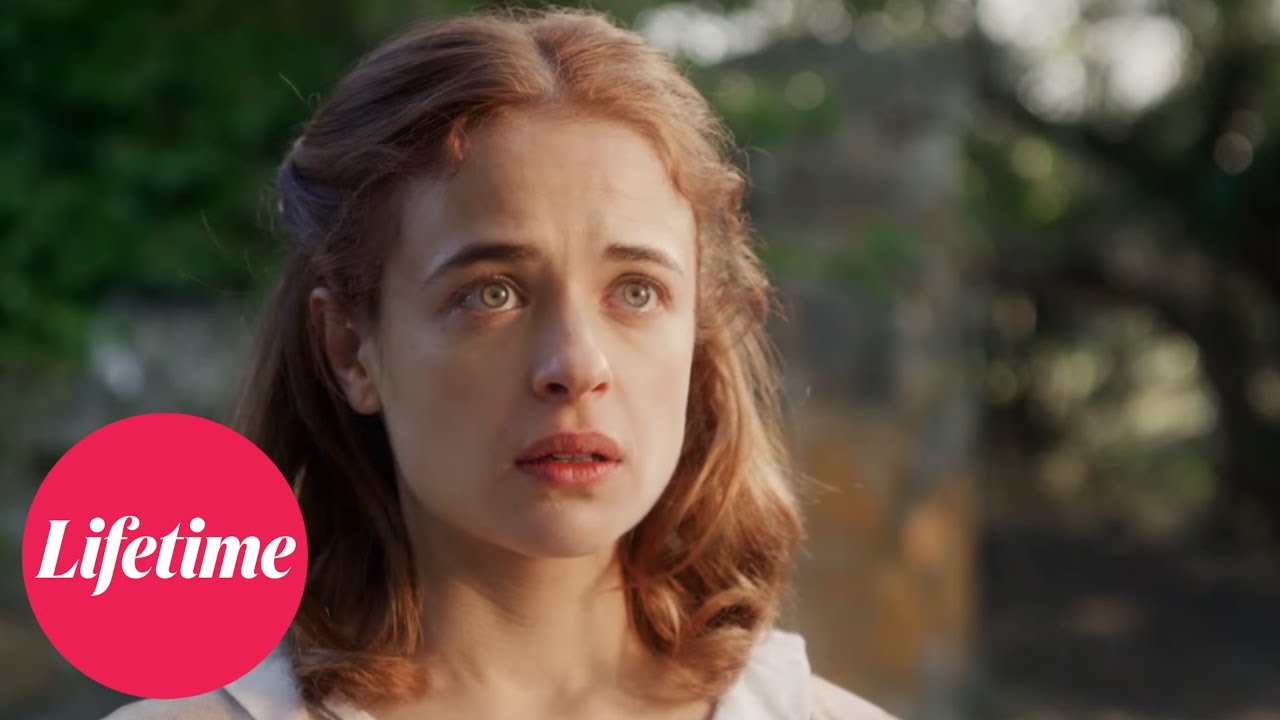 I misread it as Laundy, and for a bizarre moment though it was a series about Arthur and Craig Laundy and the Twin Willows at Bass Hill! 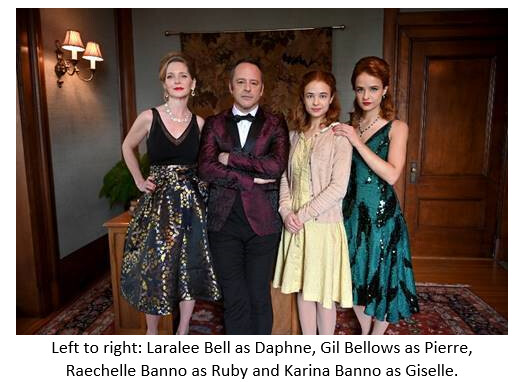 FOXTEL today announced the exclusive Australian premiere of four new movies on LMN Australia inspired by the books from one of the most popular authors of all time V.C. Andrews. Centred on the best-selling Landry series – Ruby , Pearl In The Mist , All that Glitters and Hidden Jewel , the films will air over four consecutive weeks from Monday May 3 at 8.30pm with all four movies available on demand from May 1, 2021.

V.C. Andrews’ Landry series stars Australian twins Raechelle Banno ( Home and Away ) as Ruby and Karina Banno (Reckoning ) as Giselle. The movie series follows Ruby Landry who, after being raised by her loving spiritual healer grandmother in the Louisiana bayou, is ensnared in a world of dark family secrets and betrayal upon discovering that she has another family living in New Orleans.

“Working with the Lifetime Network to bring this movie series to life has been so many pleasures in one: I was able to collaborate with a network that continues to promote female-driven content, I got to do it alongside my best friend and twin sister Karina, and now, we get to share it with audiences back home. What’s not to love?!” – Raechelle Banno

“I know that there is a passionate Lifetime and V.C. Andrews fan base at home here in Australia, so to be able to finally share the work we’ve done to bring these beloved stories and characters to life, is thrilling! And to have collaborated with Raechelle – my twin sister AS twin sisters

The V.C Andrews’ Landry Family book series – Ruby , Pearl in the Mist , All That Glitters and Hidden Jewel – is the second highest-selling series from the author and is Lifetime’s latest adaptation of the prolific writer’s work.

Latest bio telemovie dramatises what really happened inside the palace that drove Harry & Meghan to leave everything behind.