Life on the Outside

Life on the Outside 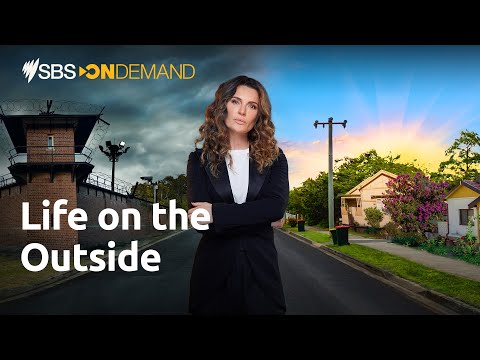 SBS’s ground-breaking documentary Life on the Outside follows a unique initiative to tackle recidivism in Australia. The three-part series premieres Wednesday 16 March at 8:30pm on SBS and SBS On Demand.

SBS’s ground-breaking new documentary series, Life on the Outside , puts forward a question that could change someone’s life: would you let a formerly incarcerated person stay in your home?

Presented by actor and activist, Danielle Cormack ( Wentworth ), the three-part series is inspired by a unique initiative[[1]] in the United States tackling recidivism - a person’s relapse into criminal behaviour. Life on the Outside follows a similar approach in a world-television first on Wednesdays from 16 March , 8.30pm on SBS and SBS On Demand, placing formerly incarcerated people in households for the first 100 days of their release from prison, as a circuit breaker to help turn their lives around.

Billions of dollars are spent every year keeping people imprisoned in Australia, with more than 40,000 people currently incarcerated[2]. One in two will go back inside within the first two years of being released[3]. There is a clear connection between prison congestion and recidivism, with overcrowding impacting rehabilitation, educational and vocational programs[4], and linked to an increase in violence and poor mental health[5]. Upon release, most people who leave prison struggle to reintegrate into society due to histories of trauma and institutionalisation[6]. Some of the key contributing factors of recidivism are a lack of support for these mental and emotional complexities, and a lack of accommodation[1], with thousands of ex-prisoners experiencing homelessness[2].

After consultation with non-government organisations, charities, caseworkers, and people with lived experience, Life on the Outside explores the potential for how an initiative like this has the potential to create real change.

Presenter Danielle Cormack said: “Recidivism is a topic that’s close to my heart. As a partner in Heartspeak Worldwide, and through my work with charities such as SHINE for Kids, I’ve seen how at-risk youth and families with relatives in the criminal justice system also pay the price. It would be easy to pass judgement, but the impact of incarceration shouldn’t be underestimated. For many, freedom can seem like a slippery slope, and reoffending the only path back to a bed, a meal, and a sense of belonging. I believe everyone should be treated equally and I’m excited about the potential for real change that’s explored in this series.”

Over three episodes, the series follows four formerly incarcerated people in a bold experiment that places them in households with a carefully selected individual or family for the first 100 days of their release. Through this initiative, they are offered a room and board, around-the clock access to a caseworker, and introductions to various mentors and assistance programs.

During his 100-day stay with the Ridlens, Jeremy said, "They’ve been so supportive and been so damn terrific when it comes to just putting all my past beside me and saying, you know what, let’s judge him on how he is now. And if more people were like Louise and her family, the crime rates would go down tremendously, the jails would be half empty and the world would be a much better place.”

School teacher Nigel agrees to house Dane , a 24-year-old father of three, who was in prison for 10 months. As a Bundjalung man, Dane is statistically among the most incarcerated people in the world[[3]](file:///C:/Users/alexama/AppData/Local/Microsoft/Windows/INetCache/Content.Outlook/203408Z8/LOTO%20-%20MEDIA%20RELEASE%20(11%20February%202022).docx#_ftn3). Dane said, “I appreciate everything about this program because it has given me a stable place to live, and there’s someone there to talk to if I need to. They’ve given me the opportunity to be out and be able to see my kids.”

Amanda is an empty nester who wants to offer support to others who may not have it, and agrees to house Sierra , a 41-year-old mother of two who’s spent the last 13 months in custody.

The series also features people with a lived experience of prison and its aftermath who offer insight into the difficulties ex-prisoners face when trying to reintegrate into society, and how support on the outside is a crucial step in reducing the likelihood of reoffence. These include Joe, who served nine years; Alby, who served 14 years; and Jenna, a former policewoman who served 12 months.

The power of a second chance requires both parties to approach the initiative with trust and an open mind, but it isn’t without its challenges. This insightful series shows that great risk can offer great reward, as people open their homes – and their hearts – to those who are looking to turn their life around for the better.

SBS Head of Documentaries, Joseph Max well said: “ Life on the Outside looks at recidivism in a provocative, but purposeful manner, through an initiative that could greatly help reduce the staggering rate of reconviction in this country. The series cuts through stigma and puts forward a different perspective to generate awareness and understanding about the ongoing battle formerly incarcerated people face when trying to rebuild their lives. It’s SBS’s role to create programs that drive national conversation around important issues. We hope this program will contribute to social cohesion and inspire positive action.”

ITV Studios Australia, Head of Factual & Reality, Ben Ulm said: “ Life on the Outside was one of the most challenging and complex series we have undertaken. While the public often perceives criminals as hardened and resilient, in fact they are among the most vulnerable members of our community, particularly the moment they step back out into the free world. Thank you to all our contributors who bravely shared their stories. This series is authentic, insightful, and thought-provoking. ITV Studios Australia is proud of what we achieved and now it’s time to continue the conversation.”

Life on the Outside is an ITV Studios Australia production for SBS.

Life on the Outside will also be available to stream on SBS On Demand with subtitles in five languages: Simplified Chinese, Arabic, Vietnamese, Traditional Chinese and Korean, allowing more Australians to engage in these important topics.

Life on the Outside | TV Tonight

SBS documentary explores the idea that everyone deserves a second chance, but would you open your home to ex-prisoners?

@SBS
Sierra has just been released from custody. Tonight she's meeting the woman whose house she'll be living at for the next 100 days. #LifeOnTheOutside | Starts 8.30pm Wed on SBS and@SBSOnDemand https://t.co/pJTzErTwCl
Get Connected: Like us on Facebook | Follow us on Twitter