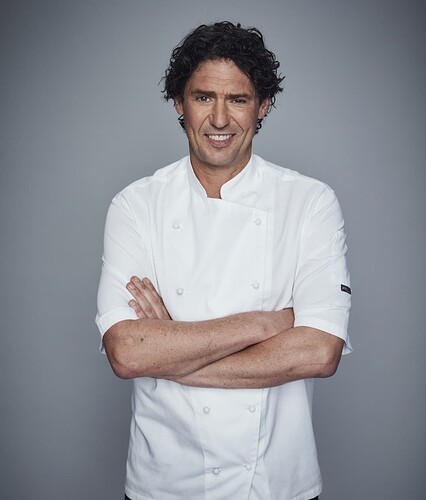 The Seven Network today announced it has commissioned the first local production of the acclaimed global television hit Kitchen Nightmares .

The must-watch new series will debut on Channel 7 and 7plus later this year, hosted by outspoken and award-winning chef and author Colin Fassnidge.

Each week, Colin will provide emergency restaurant rescue with a unique combination of practical insight and compelling entertainment. A struggling restaurant will receive his tough love in a bid to turn around its flagging fortunes. With only a few weeks to effect the transformation, nothing is sacred – and the results will be extraordinary.

Seven’s Director of Network Programming, Angus Ross, said: “ Kitchen Nightmares is one of the most successful television series in the world and we are delighted that it is coming to Seven in its first-ever Australian incarnation.

“We are very excited that Colin will host the series. He is an amazing chef, with a great track record and very strong opinions, and we know he will make a huge difference to the restaurants that will feature in the show.

“ Kitchen Nightmares is a powerful mix of advice, tension, conflict and great entertainment. It offers a fascinating look at the ins and outs of the restaurant business, revealing the secrets to success for running a profitable restaurant. By turns exciting, moving, surprising and inspiring, Kitchen Nightmares will prove that even the most disastrous situation can be turned around with a bit of imagination, some tough advice and a lot of hard work.”

Colin said: “Restaurants across Australia have been hit hard over the past couple of years and livelihoods are on the line. I’ve learnt a fair bit in the restaurant game over the last 28 years and I can’t wait to help out a bunch of businesses with plenty of advice and a healthy dose of honesty.”

Kitchen Nightmares will be produced for Seven by Eureka Productions, based on a format distributed by All3Media International.

Eureka Productions Co-CEO, Paul Franklin, said: "Kitchen Nightmares is a legendary format and
Eureka could not be prouder to be making it for the Seven Network. Lifting the lid on Australia’s
kitchens on the brink of failure, the series will see chefs and restaurateurs being tested like never before as they get a final chance to save their dreams.

“Kitchen Nightmares will be an incredibly emotional and heart-warming series that will give Aussies a front row seat into the adrenaline-charge dworld of professional kitchens.”

“Kitchen Nightmares needs little introduction, having proven its credentials over the years with a brilliantly entertaining and ultimately positive narrative. I’m sure what Colin brings to these kitchens, care of Eureka Productions and Seven’s launch, will delight the Australian audiences and we are looking forward to taking this Australian version around the world!”

Colin is a strict but fair chef. Just hope he swears less than Gordon Ramsay

Seriously? Even if you are lost in a world of streaming services, surely you would have seen a million promos for My Kitchen Rules if you ever watched 7 for a few minutes. 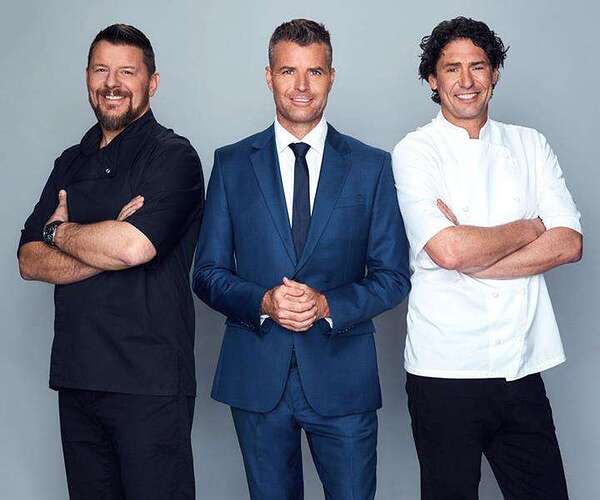 Or at least as a regular reader of Media Spy, you would have seen mentioned in a few threads.

Since Seven haven’t tried to get Ramsay onboard, they should go for a more subdued and genuine approach towards helping and fixing restaurants, Cut the BS and drama and get Colin and the restaurant owners’ genuine reactions and progressions towards restoring restaurants.

I find that hard to believe considering he’s been on I’m a Celebrity and MKR all those years ago.

Colin’s rounds on MKR were always the lowest rating.

Why take your least popular chef (ratings wise) from your (until recently) axed cooking show and give him his own series?

I meant to say . Never heard of him , recognise the face not the name

Colin had a stint on I’m a Celebrity last year

I’ll definitely give the show a shot but I’m doubtful I’ll enjoy it without Ramsay.

Since Seven haven’t tried to get Ramsay onboard, they should go for a more subdued and genuine approach towards helping and fixing restaurants, Cut the BS and drama and get Colin and the restaurant owners’ genuine reactions and progressions towards restoring restaurants.

The original UK version of Kitchen Nightmares (which featured Ramsay) was much less dramatic than the US version. Don’t get me wrong - there was still drama and the occasional conflicts between Ramsay and the owners/chefs he was trying to help. However, all of that felt like it came ‘naturally’ as events happened rather than the show being centered around it like the US one is.

Hopefully Seven are viewing Kitchen Nightmares as a post-8:30pm/9pm show (they would be fools to try and turn it into a strip show) and hence allow the show to be focused around (as you said) Colin helping the restaurants.

I might be the only one that’ll be a fan of this. Loved Colin on MKR and I’m a celeb.

Never heard of him

Seven couldn’t afford Ramsay’s asking price obviously. Fassnidge is not a big draw card and this show will tank.

The best thing that they can do is not try to imitate the USA version where Ramsay goes mad every few minutes intercut with stings and that violin “tension” noise. That’s Ramsay’s shtick.

If anything, the more subdued UK version would be the way to go.

But who knows? Australians are loving trashy reality TV so they might try to imitate the American version after all.

As seen during tonight’s Seven #1 promo 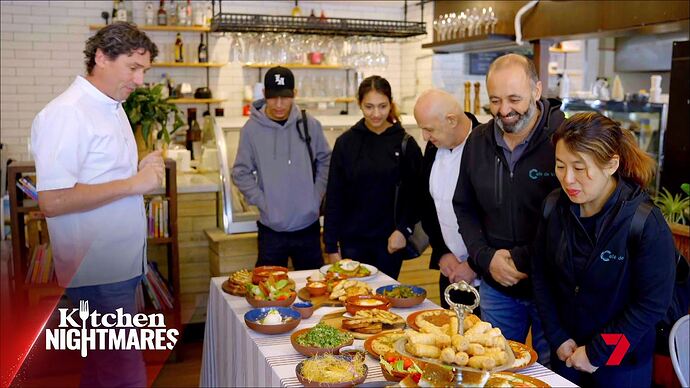 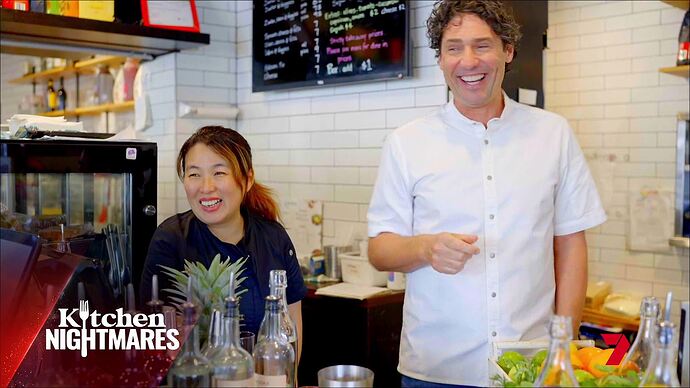 It looks like the US format where Ramsay introduces the new menu for the restaurant staff to sample. Ramsay’s personality and reputation essentially makes the show. The current season (renamed 24 hours in hell but its basically the same show) has been bumped to late night on Seven so the format is wearing thin.

I have doubts on whether Fassnidge can carry this show.

It looks like the US format where Ramsay introduces the new menu for the restaurant staff to sample. Ramsay’s personality and reputation essentially makes the show. The current season (renamed 24 hours in hell but its basically the same show) has been bumped to late night on Seven so the format is wearing thin.

Seven have been milking the Ramsay shows pretty heavily for a few years now. Also, the US format of Kitchen Nightmares is 15 years old now if you accept Hotel Hell and 24 Hours as essentially the same show. While the US shows are the ones people enjoy more given the clearly high scripted drama and the fact Ramsay is way more animated in those I’m not surprised they are basing the Australian version off of that even though I think it would be better if they based it off of the UK version from the 2000s but Australians seem to love their contrived drama on these shows which the UK version lacks compared to the US version.