We haven’t seen many skit comedy shows for awhile. Not a bad little show coming off the back of HUBPA.

Former Goggleboxer Angie Kent, who is the next Bachelorette, is special guest for the first episode.

893 Likes, 22 Comments - Angie Kent (@angiekent_) on Instagram: “Can you guess what the hell we’re doing here? What a hoot and honor to be on the first episode of…”

I had the first episode playing in the background while using my laptop. The first episode was OK, funny in some parts (Future News and the segment on when to spew out your drink). I will tune in again next week.

It was a good mix of pre-recorded skits and studio stuff.

We had seen some of the best bits in the promos but hopefully there’s more good new content next week. I thought the studio stuff was better this time than the pilot we saw last year

What I didn’t like was the canned laughter between the segments. Unnecessary. Just have the laughs in the studio stuff and show the skits without laughs.

This Instagram clip by Tommy Flanas shows the cast of Kinne Tonight which includes Tommy himself. They are no credits at the end of the show, so viewers won’t know who’s who unless they follow Instagram closely.

Aside from the studio elements, it was similar to the show Kinne did for 7mate a few years ago with the focus being on the sketches which I didn’t mind

Sketches, not skits. It’s a cheap show to make so can see it being kept around.

I saw a bit of it last night, didn’t mind it either. 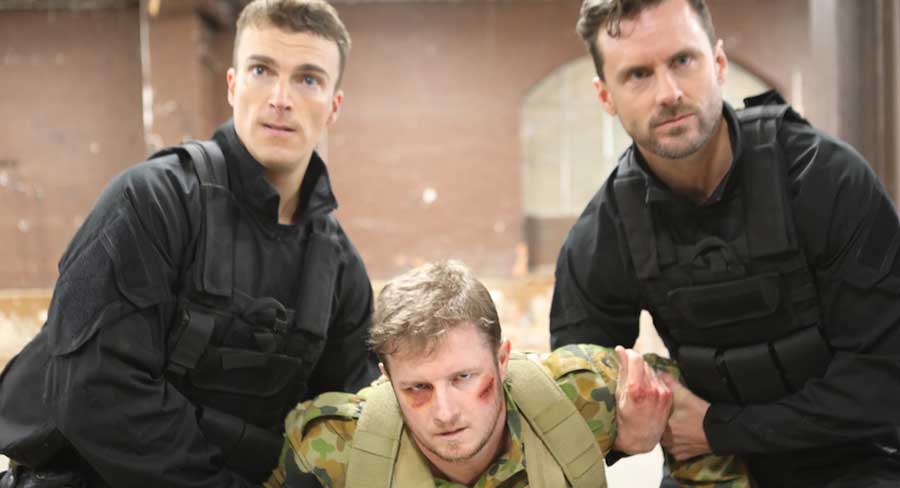 How can anyone find this funny? The ads have me rolling my eyes.

It’s lazy comedy made for short Facebook clips for bogans to say “me and my mates act just like that!!”

I watched a bit last year and I think I won’t go back. Very bizarre.

That’s a good way of putting it

Its a bit hit an miss, but I fully support local comedy. Especially on Australian TV which has been lacking.