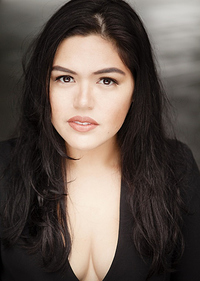 Working with producers Liz Watts and Sylvia Warmer, Lui has written the series and will play the pivotal role of Kiki.

Directed by Catriona McKenzie (Shadow Hunters, Satellite Boy, Redfern Now), the six-part series for ABC iview portrays the trials and tribulations of Kiki, the good black girl in a bad white world, who stumbles across her vagina in the personification of Kitty (played by Elaine Crombie) and realises there is a lot more to life than she thought.

Commissioned by ABC Indigenous and financed with the support of Screen Australia’s Multiplatform Fund, the series is expected to air across multiple platforms.

“The opportunity to support Nakkiah Lui in her first standalone screen creation was a no-brainer, with the talented creative having already proved her comedy chops as a co-writer of Black Comedy and of course her extensive theatre work,” said Screen Australia Investment Manager Mike Cowap. “The script for Kiki & Kitty is completely irreverent, cheeky and distinctly Australian, and certainly is in safe hands with Director Catriona McKenzie.”

Hilarious and charming, the six-parter is Lui’s first commission following her previous work as writer/actor on the ABC series Black Comedy, plus an array of theatre work including Blaque Showgirls for Malthouse Theatre Company in 2016 and the upcoming Black is the New White for the Sydney Theatre Company.

Filming will take place in and around Sydney NSW.