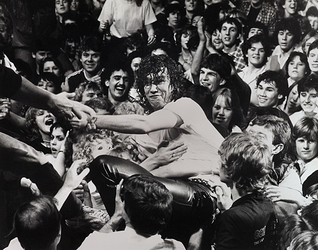 Feature-length documentary WORKING CLASS BOY is the unflinching story of Australian rock legend Jimmy Barnes – from childhood survival in the slums of Glasgow to the forlorn immigrant suburbs of Australia, to the day he is asked to join a band and finds his escape with Cold Chisel. Raw and compassionate, this is how a wild cheeky kid from the mean streets of Scotland and South Australia was saved by rock’n’roll… only to have it nearly destroy him.

The film is based on Jimmy’s 2016 memoir Working Class Boy, the biggest selling Australian autobiography of all time and was the winner of the Australian Book Industry Award for 2017 Biography of the Year. In 2016, Jimmy turned his book into a concert - a mix of spoken word and music - selling out hundreds of shows across Australia and New Zealand.

WORKING CLASS BOY, an adaptation of both the book and stage show, goes far beyond the traditional rock doc. It’s a universal, multi-layered story that uses an evocative soundtrack performed by Jimmy to frame a story of defiance, struggle and survival. From his perch today at the top of the music industry, as a devoted husband, father and grandfather he tells the raw, unadulterated and often funny story of the life that shaped him.

I was terribly worried this might have been another biopic. Sounds good.

Apparently there is a documentary film of the same name which will be released in cinemas on August 23.

JIMMY Barnes could hear his parents screaming at each other and see his boyhood self being dragged down the road as he stood transfixed outside the former family home in South Australia.

Nothing apparent about it. It was announced at the Upfronts last year. 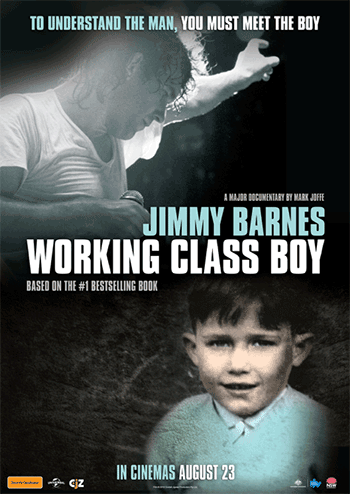 Jimmy Barnes occupies a unique place in Australian hearts and minds. But long before Khe Sanh and Working Class Man, and long before Barnesy, there was the boy – James Dixon Swan.

As the man himself explains near the start of the film, “I was born James Dixon Swan. This is the story of how I became Jimmy Barnes.”

Jimmy Barnes: Working Class Boy joins Jimmy as he retraces his earliest steps through the hard streets of Glasgow. It walks with him as he revisits childhood ghosts in South Australia, reflecting on the domestic violence, poverty and alcoholism that would fuel his life.

The film sets this raw and sometimes darkly funny story against a backdrop of archival footage and interviews with family and friends. Jimmy’s honesty and inimitable sense of humour create an emotional and compelling film of a damaged childhood, a broken family, a search for love and, finally, a genuine redemption.

The documentary also features some captivating musical moments. Elegantly filmed, Jimmy performs both solo and with Cold Chisel. He duets with his children, Mahalia Barnes and David Campbell, plus his brother- in-law, Diesel. An unforgettable new collaboration with Richard Tognetti’s Australian Chamber Orchestra is another highlight.

This landmark feature documentary is based on Jimmy’s acclaimed memoir, Working Class Boy. His self-penned book won the 2017 ABIA Award as Australia’s Biography of The Year and spent a staggering 16 weeks at #1. It has sold over 250,000 copies, making it one of the biggest autobiographies in our country’s history.

Jimmy’s musical career is nothing short of remarkable: 15 #1 albums in Australia – more than even the Beatles achieved; over 10,000 gigs across his lifetime; inducted into the ARIA Rock’n’Roll Hall of Fame… twice. But none of these achievements eclipses the power and bravery of Working Class Boy. In telling this bare and brilliant original story on film, he has shown that it’s never too late to make new beginnings.

Jimmy Barnes: Working Class Boy is produced by CJZ with principal funding from Screen Australia and the assistance of Create NSW.

It releases nationally in cinemas from Thursday August 23 for a limited release through Universal Pictures.

The documentary will air on Seven later this year.

The documentary will premiere on Seven on Monday October 1, according to a promo shown during Seven News Melbourne this evening.

i know it is produced for Channel Seven, but isn’t this a very quick turnaround for a theatrical realise to a tv airing? I would have thought a late November airing on Channel Seven, near the end of the ratings season.

I wonder how it will go ratings wise, considering it is Australia’s highest grossing Documentary of all time.

Based on the best-selling book and now a box office smash, JIMMY BARNES: WORKING CLASS BOY gives audiences an up close and personal insight into how the once unknown boy, James Dixon Swan, became the household name and Aussie icon we know today as Jimmy Barnes.

Acclaimed director Mark Joffe ( Jack Irish, House of Hancock, The Man Who Sued God ) has crafted an unflinching, powerful and transcendent documentary that is raw, confronting and at times darkly funny.

The film explores Jimmy’s childhood as he retraces his earliest steps through the hard streets of Glasgow before reliving his South Australian upbringing all while uncovering the deep and raw themes of domestic violence, poverty and alcoholism.

This landmark feature documentary is based on Jimmy’s acclaimed memoir, Working Class Boy . His self-penned book won the 2017 ABIA Award as Australia’s ‘Biography of The Year’ and spent a staggering 16 weeks at #1. It has sold over 250,000 copies, making it one of the biggest autobiographies in our country’s history. 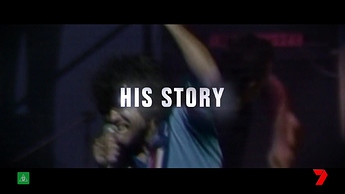 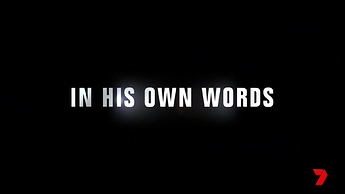 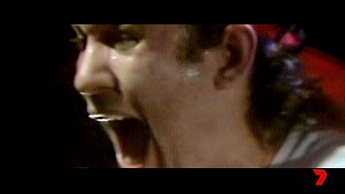 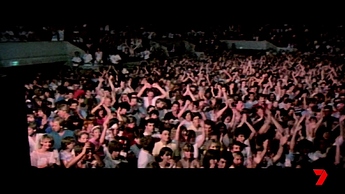 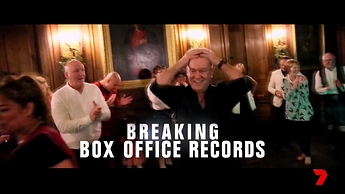 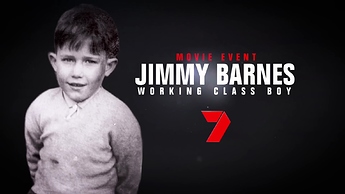 The documentary will premiere on Seven on Monday October 1,

The documentary was scheduled to end at 10.45pm, but (according to EPG) it will run to 10.56pm! Too many ads.
EDIT: the show is getting overwhelmingly positive response on social media while some also complained of ads after every 10 minutes of the doco.

Saw it over the weekend. Great documentary, giving viewers a glimpse into Jimmy Barnes’ tough background and how he survived poverty and domestic violence at Glasgow and Adelaide to become a music legend today.

Looks like tonight’s re-airing is a sponsorship thing for his new album? Expect sponsor billboards to have that

Saw a promo tonight that the documentary is available on 7plus for a limited time.