EXPOSING THE REAL STORY BEHIND THE HEADLINES 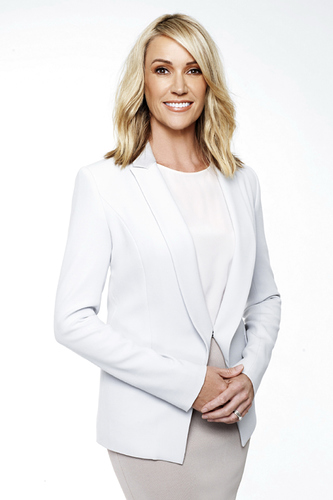 Chilling criminal cases that captured the nation’s imagination will be re-examined and dissected like never before in Inside Crime , premiering Wednesday, September 12, at 9.40pm on Nine and 9Now.

Hosted by Nine’s Leila McKinnon and with expert insight from criminologist Garner Clancey , this gripping four-part series has been meticulously researched to expose the real story behind the headlines.

Together with actual police videos, dramatic re-enactments, candid interviews and commentary from Australia’s leading journalists, some of the country’s most brutal crimes from the last ten years will be brought back to life and analysed in a raw and confronting way.

Leila McKinnon said: “Each one-hour episode focuses on different cases that have shocked the nation, captivated the media, baffled investigators and left the victims’ family and friends reeling in shock and disbelief.

“In this series you’ll be taken into the irrational mind of the perpetrators and their unsettling ambition to kill, their efforts to thwart the authorities, and the unrelenting determination of police and detectives to solve the cases and deliver justice.”

EPISODE 1: TILL DEATH DO US PART

They’re called crimes of passion, the sort of crimes where true love turns into obsession, betrayal and revenge. Former NSW rugby union representative Paul Mulvihill claimed he was trying to defend himself when he stabbed his ex-lover in 2012 after she broke off their affair. But it was no accident. There’s also the case of Allison Baden-Clay , reported as missing by her husband who was later charged with her murder. So often there is a thin line between the one you love and the one you murder.

In the world of true crime it’s a common sight: violent men on a rampage, a homicide from a drug deal gone wrong, a robbery or alcohol-fuelled act of violence. But there is another shocking side. There are times when the killer is a close family member, someone trusted, and sometimes that killer is a woman. There’s the chilling case of Jessica Wongso , who murdered her long-time friend with a cyanide-laced coffee in a Jakarta café. Also, the tragic case of 10-year-old Zarha Baker , brutally murdered by her stepmother, Elisa Baker . What drove these women to commit these unthinkable crimes, and is there any remorse?

It’s an age-old question: what drives seemingly ordinary men and women to undertake the most atrocious and often bizarre crimes imaginable? There’s the case of 13-year-old Daniel Morcombe , who was abducted and brutally murdered in 2003. And the notorious global manhunt for Australian Peter Scully that will see him eventually jailed for kidnapping, rape, torture and murder. These confronting cases will make you question whether some people are born evil, or born with criminal intent.

The need for love or intimacy is a powerful human emotion, and in some cases that simple desire can become deadly. This was evident in the case of a doctor’s wife, Manda Reynke , who plotted to murder her daughter’s ex-boyfriend after becoming infatuated with him.

Inside Crime is created and produced in Australia by the Nine Network.