Inquiry into the competitive neutrality of the national broadcasters

Inquiry into the competitive neutrality of the national broadcasters

We are seeking views on whether Australia’s national broadcasters (ABC and SBS) are operating in line with competitive neutrality principles.

Australia’s media landscape continues to evolve rapidly in response to shifting global and consumer trends and this has forced changes to how our national broadcasters operate.

It is timely to consider how the ABC and SBS operate within the market and the basis on which they are competing with the private sector.

The Inquiry will examine whether the ABC and SBS are operating in a manner consistent with these principles.

The Government announced the appointment of an expert Panel to conduct the Inquiry and released the terms of reference on 29 March 2018. The Panel’s membership is Mr Robert Kerr (Chair), Ms Sandra Levy AO and Ms Julie Flynn.

The Panel will consult relevant stakeholders during the Inquiry and be supported by a Taskforce in our Department.

The Panel have prepared an Issues Paper outlining the consultation process and encouraging participation in the Inquiry. A number of specific questions are included throughout the paper and are available to respond to online.

Click here to have your say on these issues through our online submission form.

Responses to the questions in this Issues Paper and submissions to this Inquiry will be made publicly available on the Department’s website. If you would like to make a confidential submission or include information that is commercially sensitive, please clearly indicate this in your response.

Inquiry into the competitive neutrality of the national broadcasters - Issues Paper 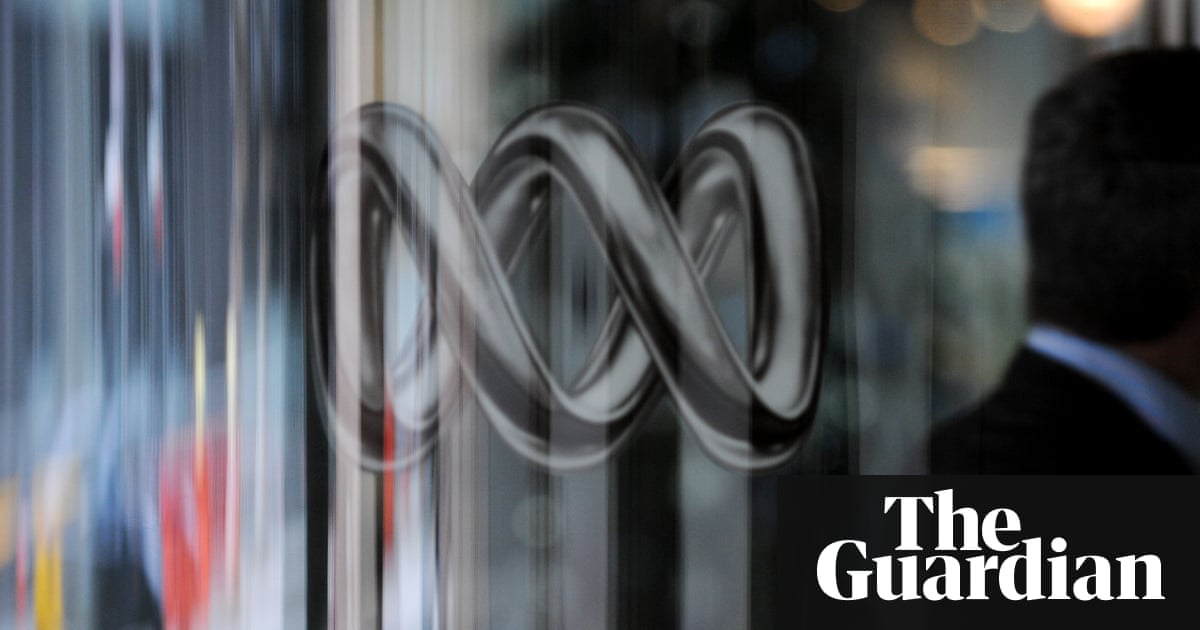 ABC and SBS forced to justify competing with commercial media in news and...

The public broadcasters will be asked to justify to a government inquiry why they should continue providing free online news and catch-up TV when they are competing with commercial media players.

why they should continue providing free online news

That could be expanded out to why are they providing free news over broadcast radio and television in competition with commercial broadcasters.

ABC and SBS don’t exist for ratings. Even so, these days we get nights when ABC will beat Ten and even SBS has come close on occasions

Read the earlier links regarding the terms of reference and what competitive neutrality is. Australian media would be much the poorer without The ABC and SBS.

This inquiry is a complete nonsense.

The ABC has been “competing” with commercial broadcasters for decades over identical media.

It’s just that the butthurt newspaper companies (i.e. Murdoch) have sought to blame the ABC for their lack of ability to set up online paywalls to push their own agenda, because they hate the fact that the ABC has stepped into their traditional territory, text-based news, due to technological advances allowing them to do this.

Why do they get a free pass to do this while the ABC and SBS are lynched for it?

and if the ABC or SBS weren’t doing online media then they’d be accused of being archaic and redundant. Andrew Bolt would be having a field day berating them for being irrelevant in an era of digital media. So they can’t win.

New Corp and Fairfax etc like to begrudge the ABC and SBS (but mostly ABC) for offering “free” news and media, but in reality we’ve already paid for it through our taxes.

And how much tax has News Corp contributed to society lately? And how many government handouts has News Corp had lately? Something about a $30 million gift to Foxtel for nothing in particular ring a bell?

But I can appreciate the concern that SBS is perhaps over stepping the mark in terms of ignoring its charter and adopting commercial and US-centric programming models such as Food Network and Viceland. Are these ventures appropriate? I think perhaps not even if the profit derived from these channels is used to fund other programming ventures.

I think SBS Television has gone outside it’s purpose and needs to be reigned in. I’m not envisioning any type of government or parliamentary interference in programing, just SBS being told that it is not abiding by its charter and that the board and management needs to ensure that it does. If they can’t, then I would be happy for it to be merged into the ABC.

I think there is a place for a publicly owned broadcaster which uses commercials to support their budget.

Channel 4 in the UK does their job very well and it’s basically identical to SBS but without the multicultural flavour.

What I think should happen is the SBS’s multicultural remit (including NITV) should be absorbed into the ABC, while SBS keeps the more mainstream stuff and its news division (which I would want to see remain unchanged). Strip all government grants from SBS (leaving them to rely entirely on advertising) and allocate them instead to the ABC to make up for the shortfall.

Conservatives: The ABC and SBS only reflect minority interests, it does not cater to mainstream Australia, therefore it should be privatised.

Also Conservatives: Wait the ABC and SBS are too successful with mainstream audiences, crap let’s try and reign it in online.

The ABC’s submission to the Federal Government’s inquiry into competitive neutrality has reinforced the value of public broadcasting to both Australian society and the media sector.

The submission rejects any notion that the ABC has an unfair advantage or is crowding out commercial media companies.

ABC Managing Director Michelle Guthrie said public and commercial media had successfully co-existed since the founding of the ABC 86 years ago.
“This mixed media model has contributed enormously to media diversity, a well-informed public and a richer Australian culture,” she said.

“As its submission shows, the ABC is well aware of its privileged position in Australian society. The ABC uses its government funding efficiently and effectively to deliver on its Charter obligations to provide
comprehensive and innovative public broadcasting and digital media services to Australian audiences.
“It rigorously supports the principles of competitive neutrality – that public and commercial sector entities should function on a level-playing field – and applies them appropriately.

"Far from disadvantaging commercial media, the evidence shows the ABC has a positive influence on the broader media sector, including in its focus on innovation and its ability to serve as a launchpad for ideas and fresh talent.”

Ms Guthrie said the transformed media landscape was affecting all media organisations. As people consumed more content online, the ABC had a public responsibility as well as a legislative remit to ensure its taxpayer-funded output was accessible to as many Australians as possible.
“Any move to curtail the ABC’s activities would serve only to punish Australian audiences who trust and value us,” she said.

"The ABC looks forward to engaging further with the Panel and having an opportunity to respond to the concerns raised by other participants in the inquiry.”
The ABC’s submission to the Competitive Neutrality Inquiry and the RBB Economics executive summary are available at abc.net.au/future.

Key points in the ABC submission: 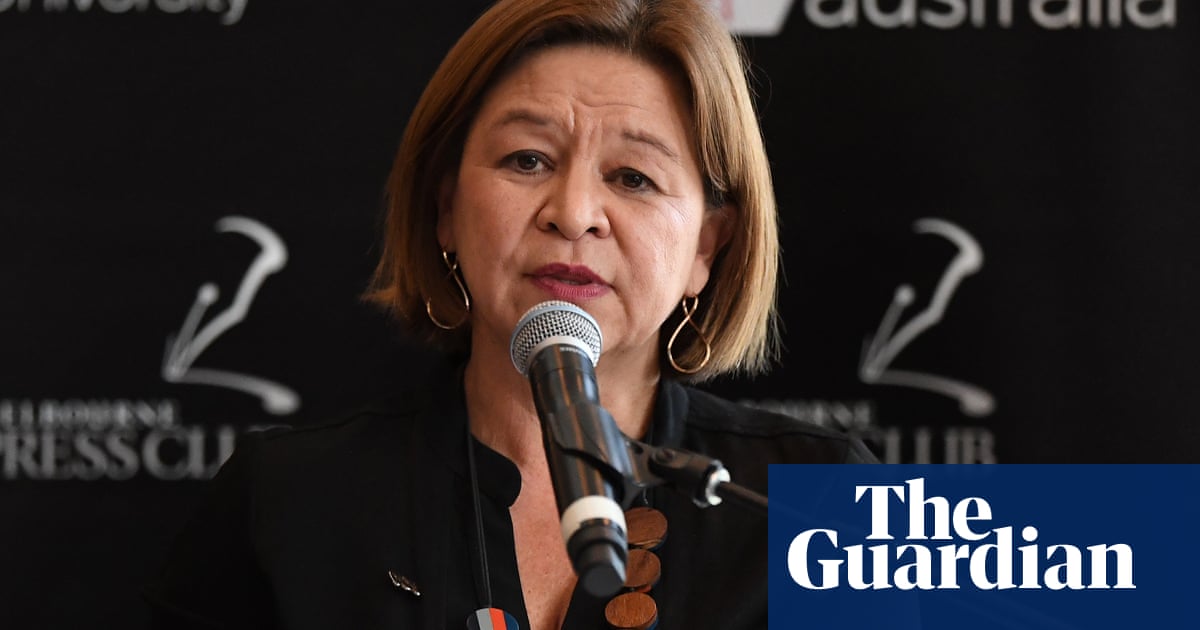 News Corp Australia has called on the government to review the charters of the ABC and SBS and to restrict the public broadcasters from unfairly competing with its newspapers, websites and Sky News.

The publisher of the Australian and Daily Telegraph wants the ABC to be barred from promoting its news stories online using Google ads.

News Corp had also asked the government to ban the ABC from selling its content to third parties like outdoor advertising companies and Qantas lounges because the commercial supply of news content was an important revenue stream for Sky News.

The two broadcasters are in the clear.

ABC and SBS cleared by review into claims they compete unfairly with commercial...

The report spectacularly rejected claims by media companies that the ABC was undermining the level-playing field.

Minister for Communications and the Arts Mitch Fifield today released the expert panel’s report on the inquiry into the competitive neutrality of Australia’s national broadcasters.

“The panel recognised all media organisations are operating in an environment of heighted competitive pressure, driven by changes in the way audiences engage and the entry of global companies into the Australian media market,” Minister Fifield said.

The panel found the national broadcasters are applying a ‘best endeavours’ approach to meet competitive neutrality requirements but recommended they improve their transparency, reporting and other processes relating to their competitive activities and Charter performance.

The panel also noted the ABC and SBS Boards should give greater guidance on how they take account of other media market participants.

Minister Fifield said he recognised that the Charters of the national broadcasters are broad and allow flexibility in how they are implemented by the respective Boards.

"It is now up to the national broadcasters to act on these recommendations,” he said.

Earlier this year the Government appointed Robert Kerr (former head of office at the Productivity Commission), Julie Flynn (former CEO of Free TV) and Sandra Levy AO (former Director of ABC TV) to undertake the inquiry and determine whether the national broadcasters are operating in a manner consistent with the general principles of competitive neutrality, as defined by the Commonwealth Competitive Neutrality Policy.

The inquiry received a total of 6,839 submissions from members of the public, commercial media, industry stakeholders and the national broadcasters themselves.

The panel’s report is available at: www.communications.gov.au/competitive-neutrality-report

Yet it won’t shut up the very people who demanded it.

Nothing short of privitisation would have, though, and I’m not convinced anyone in this government has the conviction

Yep, I agree. An government inquiry into how Australia’s commercial media outlets operate would’ve been far more worthwhile, but of course this is unlikely to ever happen.

Nothing short of privitisation would have, though, and I’m not convinced anyone in this government has the conviction

Obviously there are few people out there who really don’t like the prospect of paying $14.60 of their taxes to the ABC each year, but haven’t recent surveys shown that a decent majority of Australians place quite a lot of value and trust in the ABC?

Presuming that’s the case as I suspect it is, any federal government which attempts to privatise the national broadcaster will likely be met with mass protests in the streets and condemnation by the general public.

I disagree - I’m all for having strong national broadcasters, but it’s important that there are checks and balances to ensure they meet their remit.

Competitive neutrality is an important facet of government service delivery