Just a brief mention at the end of Seven Afternoon News.

Nothing on ABC News yet.

#BREAKING: Reports an SUV has run through a pedestrian crossing at the Flinders St and Elizabeth St intersection in Melbourne's CBD. Police have cordoned off the area.
melbournefan December 21, 2017, 5:59am #5

MFB Alt Channel 6 in use on the Metropolitan Radio Network.

Brief mention at the end of Nine’s Afternoon News in Melbourne at the moment.

I’m on St Kilda Road and there’s been a lot of emergency vehicles racing towards the city. I haven’t seen anything like this since the Bourke Street incident. 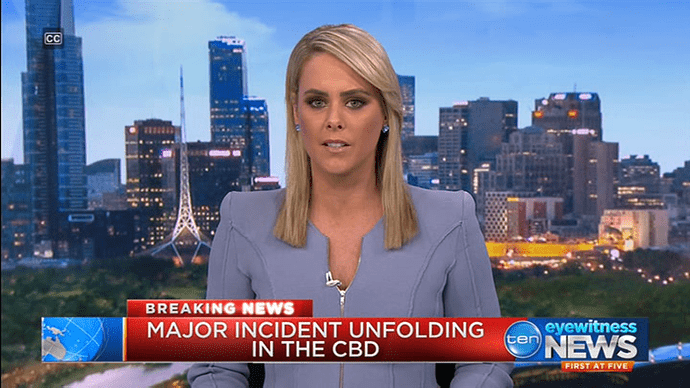 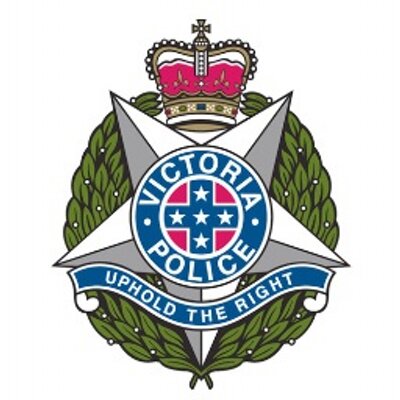 Police are currently attending an incident on Flinders Street between Elizabeth and Swanston streets where a vehicle has collided with a number of pedestrians. Police have arrested the driver of the car. Extent of injuries are not known at this stage. (1/2)

Police are asking any witnesses to go to the Melbourne West Police Station at 313 Spencer Street, Melbourne and all vehicular and pedestrian traffic to avoid the area. (2/2)

#BREAKING: A car has hit a number of pedestrians near Flinders Street station in Melbourne’s CBD. Police have arrested the driver and are currently at the scene on Flinders Street between Elizabeth and Swanston streets. The extent of injuries are not known.
killy06 December 21, 2017, 6:10am #12

DEVELOPING: Paramedics are assessing 12 people at the scene of the incident at Flinders and Elizabeth Street. Two people have been taken to hospital. @AmbulanceVic #7News https://t.co/ZNyiiPdpa9 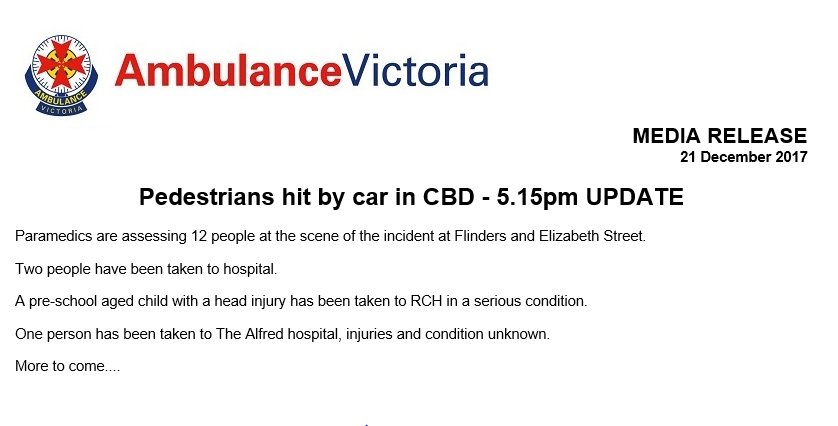 Lucky that not anyone else has been injured. It is such a busy intersection

So far at least three ambulances have raced past my office heading toward The Alfred.

All Ambulances not on scene to go code 2.

ABC News 24 now has a PiP for a Heli shot and a Ground Shot.

Police Heli has left the city towards NW according to my private feed. 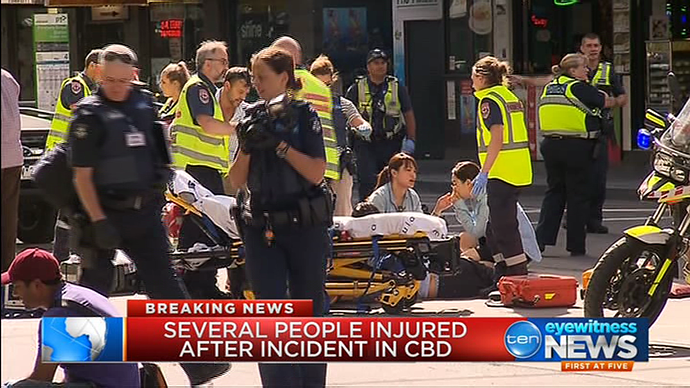 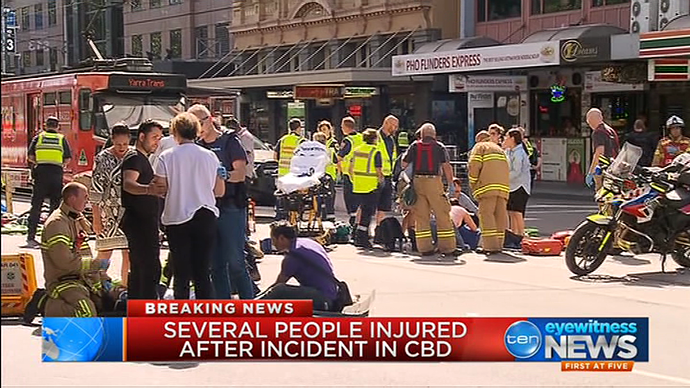 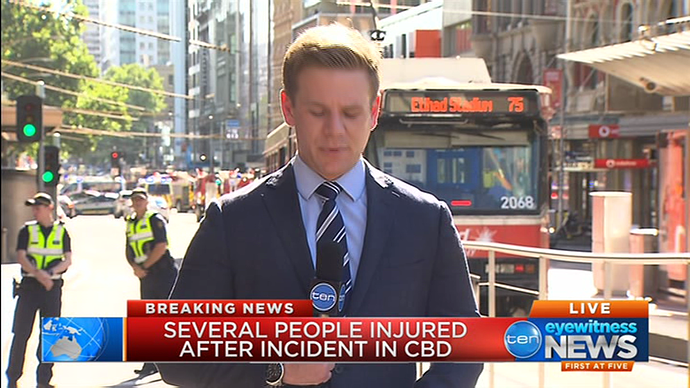 Ironically, Mike Larkin is doing a weather cross from the Yarra which is just near the Incident. 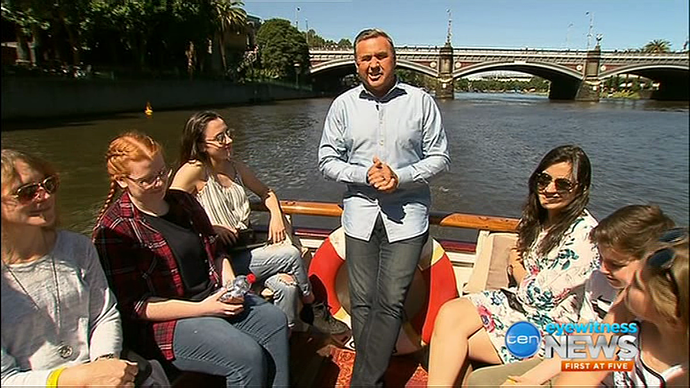 Driver of the car has been transported to the Alfred. 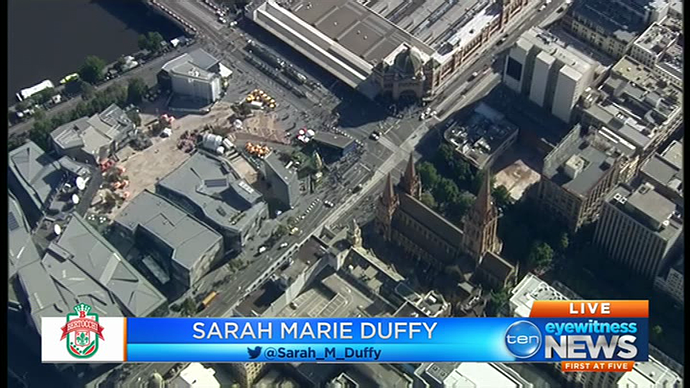