Hungry Ghosts is a new four-part Australian drama series produced for SBS by Matchbox Pictures ( Safe Harbour ; The Family Law ) that takes elements of the Japanese and Korean “supernatural thriller” genre to explore the lives of three generations of Vietnamese Australian families dealing with the aftermath of war.

It’s about lost loves, buried secrets, and how unresolved trauma can be handed down through generations until a young woman, planning for the future, connects with her past as a way forward.

This sounds interesting and very different.

Produced by Matchbox Pictures for SBS, with major production investment from Screen Australia in association with Film Victoria, Hungry Ghosts is a chilling, character driven ghost story that explores the lives of three generations of Vietnamese Australian families, all haunted by the traumatic events of war.

When a powerful amulet is broken on the eve of the Hungry Ghost Festival in Melbourne, a vengeful spirit is unleashed, bringing the dead with him. As they wreak havoc across the Vietnamese Australian community, reclaiming lost loves and repaying old grudges, a young woman who’s never taken responsibility for who she could be, must finally step up and accept her destiny.

SBS Director of Television and Online Content, Marshall Heald said: “Hungry Ghosts continues SBS’s run of making diverse and thought-provoking drama, following Safe Harbour, On The Ropes and the recently announced The Hunting. This series is full of heart and resilience – a captivating drama that will engage audiences. I’m proud that Hungry Ghosts will showcase fresh, diverse local talent, which is something that SBS is incredibly passionate about.”

Matchbox Pictures Managing Director, Alastair McKinnon said: “Hungry Ghosts is a stunningly original story that will shock, haunt and move audiences with its bold examination of how we, as humans, confront the painful stories of our past. In the hands of the immeasurable director Shawn Seet, this series is unlike anything we’ve seen before.”

Producer Stephen Corvini said: “We’re immensely excited to be working with SBS on a drama as bold and imaginative as Hungry Ghosts. A genre bending series, Hungry Ghosts will reflect the extraordinary lived and spiritual stories of our Vietnamese community and their place in modern Australia.”

Screen Australia’s Head of Content, Sally Caplan said: “Screen Australia is committed to supporting diverse and distinctive Australian stories. What excites us about Hungry Ghosts is that it will take viewers into the rich world of Vietnamese culture, and tell a story that hasn’t been seen before on our screens. Director Shawn Seet and producer Stephen Corvini have a proven track record in delivering thought-provoking dramas and with strong scripts from a mix of Vietnamese-Australian writers including Jeremy and Alan Nguyen, plus an outstanding cast, I look forward to seeing this series premiere on SBS later this year.”

Film Victoria CEO, Caroline Pitcher, said: “We’re thrilled to support Hungry Ghosts, the latest Victorian high-quality television drama. Set firmly within Melbourne’s Vietnamese community and with a strong and diverse creative team behind it, this new series from Matchbox Pictures is a prime example of the unique stories and perspectives we want to see on screens.”

The four-part series is a Matchbox Pictures production for SBS, with principal production funding from Screen Australia in association with SBS and Film Victoria. NBCUniversal International Distribution will distribute the series internationally.

Hungry Ghosts will premiere on SBS and SBS On Demand later in 2019. A third local drama due in 2019 is now pushed back to next year.

Premieres August 24 on SBS and will air across four nights. 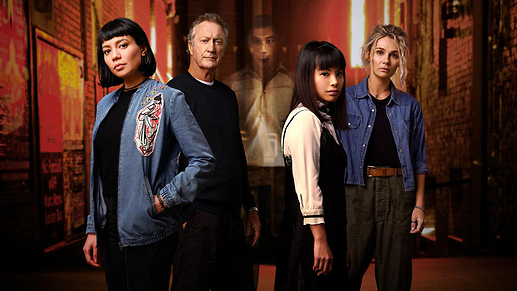 Chilling, captivating and utterly compelling, Hungry Ghosts follows four families that find themselves haunted by ghosts from the past.

Filmed and set in Melbourne during the month of the Hungry Ghost Festival, when the Vietnamese community venerate their dead, this four-part drama series event from Matchbox Pictures premieres over four consecutive nights, Monday 24 August – Thursday 27 August at 9:30pm on SBS.

When a tomb in Vietnam is accidentally opened on the eve of the Hungry Ghost Festival, a vengeful spirit is unleashed, bringing the dead with him. As these spirits wreak havoc across the Vietnamese-Australian community in Melbourne, reclaiming lost loves and exacting revenge, young woman May Le must rediscover her true heritage and accept her destiny to help bring balance to a community still traumatised by war.

Hu ngry Ghosts reflects the extraordinary lived and spiritual stories of the Vietnamese community and explores the inherent trauma passed down from one generation to the next, and how notions of displacement impact human identity – long after the events themselves. With one of the most diverse casts featured in an Australian drama series, Hungry Ghosts comprises more than 30 Asian-Australian actors and 325 Asian-Australian extras.

Produced by Matchbox Pictures for SBS, with major production investment from Screen Australia and financed with support from Film Victoria. International sales are being handled by NBCU International Distribution.

Hungry Ghosts will be subtitled in Simplified Chinese, Arabic and Vietnamese and will be added to the subtitled collection on SBS On Demand, available immediately following its premiere on SBS. The series will also be available with audio description for audiences who are blind or vision impaired.

Hungry Ghosts premieres 9:30pm Monday 24 August – Thursday 27 August on SBS. Episodes will be available on SBS On Demand each day at the same time as broadcast 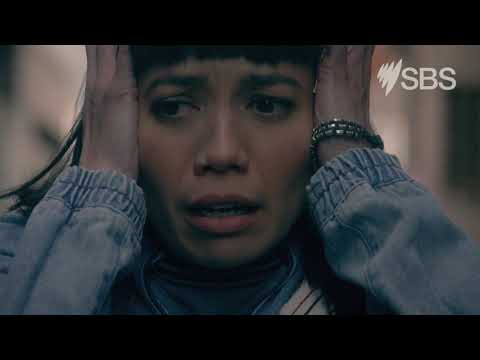 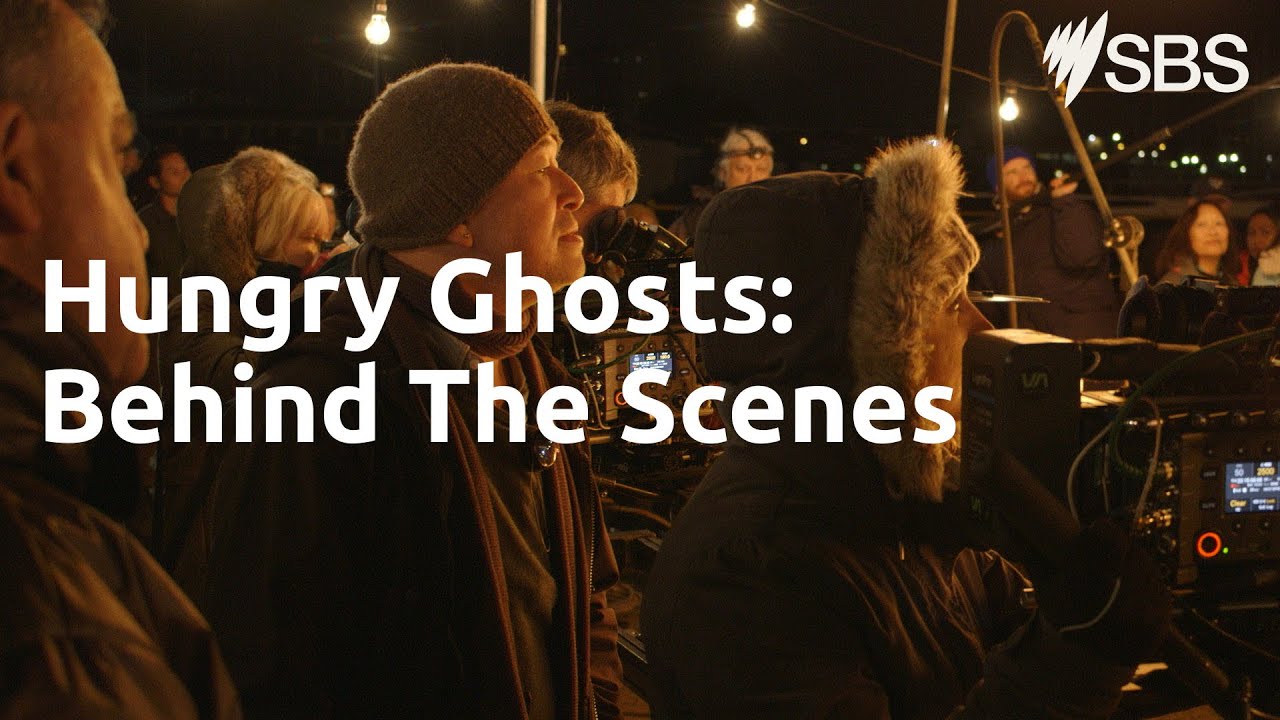 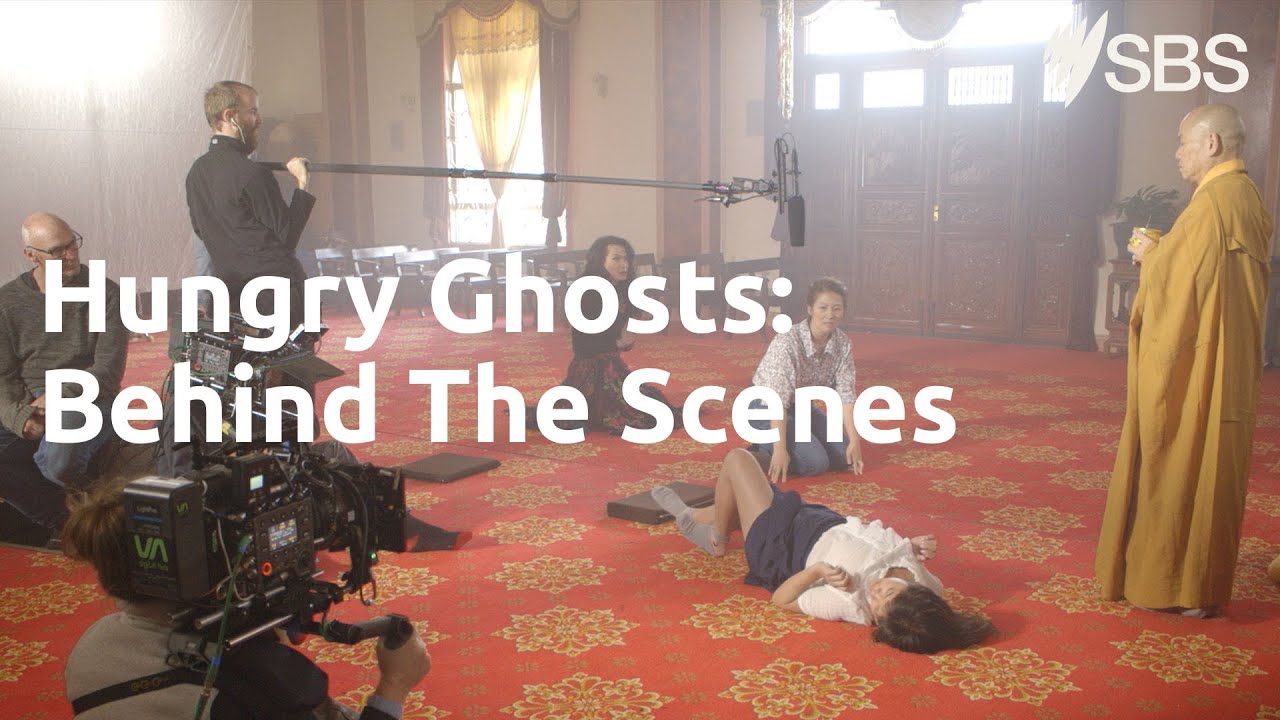 I am really looking forward to this show. I don’t think Australia has ever had a horror TV series before. Hope this will scare the hell out of me!!!

Wake In Fright comes to mind in the horror genre plus two Wolf Creek seasons on Stan. Depending how strict the definition, there are some others like Nowhere Boys.

SBS had been using its Cantonese and Vietnamese radio shows to promote the series. Both did interviews with some of the cast members in recent days.

The bamboo steamers were a dead giveaway.

I quite enjoyed Hungry Ghosts and thought it was creepy enough to make me want to continue watching. From what I’ve read from today’s ratings report, it looks like the rest of Australia did not share my taste in drama. It’s definitely better than Between Two Worlds but that’s just my personal opinion of course.