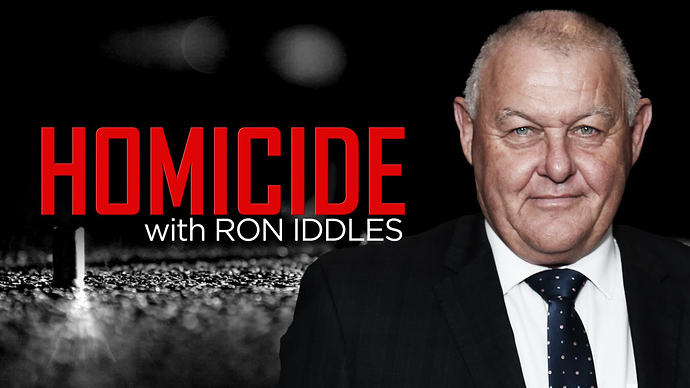 From the producers of Murder in the Outback, Working Class Boy and the award-winning Ron Iddles: The Good Cop comes a brand new series featuring one of Australia’s most celebrated detectives – Ron Iddles, a tough and unorthodox Victorian homicide detective who used his head and his heart to solve some of Australia’s biggest crime mysteries. Homicide: With Ron Iddles will see Ron dig through his extraordinary case files to explain how he solved the most fascinating and challenging murder cases during his 25-year career as a homicide detective. Homicide: with Ron Iddles is produced by CJZ for the Seven Network.

this sounds something simiar to what he was doing on foxtel

Is it just reruns?

A needle in a haystack 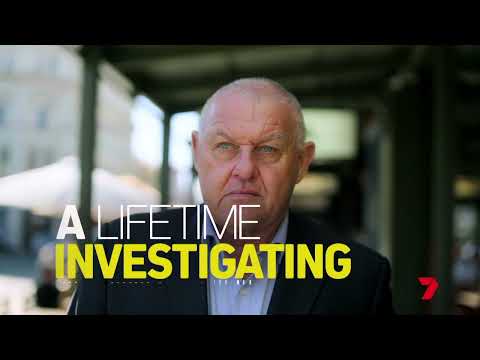 Coming soon to Channel 7 and 7plus

Homicide with Ron Iddles goes behind the news headlines on a minute-by-minute journey with Australian’s greatest detective, Ron Iddles, as he searches for truth.

The master detective reveals the untold stories of his most challenging cases in this compelling special event series. Iddles spent 25 years investigating homicides for Victoria Police and was a familiar face on the nightly news. He worked on more than 320 homicide cases and his success rate for solving murders was unprecedented. Known amongst his colleagues as “The Great Man”, Iddles was renowned for his compassion for the victims’ families and criminals alike.

His deft skills and empathy in the police interview room persuaded many a suspect to confess their crimes. As Iddles says, an interview is just a conversation, a search for the truth. Guided by his set of mantras – the answer is in the file; every family deserves answers; an ounce of information is worth a ton of investigation – Ron led his team by example.

“As a kid, all I wanted to be was a homicide detective. I’ve chased killers for 25 years. Many of those cases stick with me today,” recounts Iddles. “Ultimately do it for victims and their families. I tell them, “I’m here to solve the case.”

In each one-hour episode of Homicide with Ron Iddles, Iddles tells the intriguing story of one of his trickiest cases. The eight-year mystery of a missing teenager, the cocky armed robber who gunned down an innocent man, a femme fatale who lured lovers into a tangled web of murder, the charitable mum who vanished without a trace. Iddles also seeks out fresh evidence for two unsolved homicides in the hope of shedding new light on the cases and providing much-needed answers for heartbroken families.

Supplementing Iddles’ story will be insights from the victims’ families and friends. Many of these families have never told their story on television. We’ll also hear from the criminal prosecutors and hard-bitten journalists who covered each case.

In the cluttered world of true crime shows, it’s rare to hear the intricate details of a murder from the investigator who solved the crime.

Better promo though. I quite liked it.

17-year-old Gary Adams left home one night in December 2003 and never returned. His mother Jo-Ann struggled to convince police that he was more than just a runaway. Eight years later, the case was still unsolved until Jo-Ann pleaded with homicide detective Ron Iddles to investigate. Ron finally cracked the case with masterful interview techniques and a lengthy undercover operation.

Femme fatale Robyn Lindholm is a stripper with a seedy past, with links to gangster Alphonse Gangitano and the underworld. She persuades her new lover to kill her ex-partner Wayne Amey.

Security guard Erwin Kastenberger is shot dead by armed robbers as he delivers money to a bank. Ron trawls through the ‘usual suspects’ of armed robbers, and finally tracks down the killers. 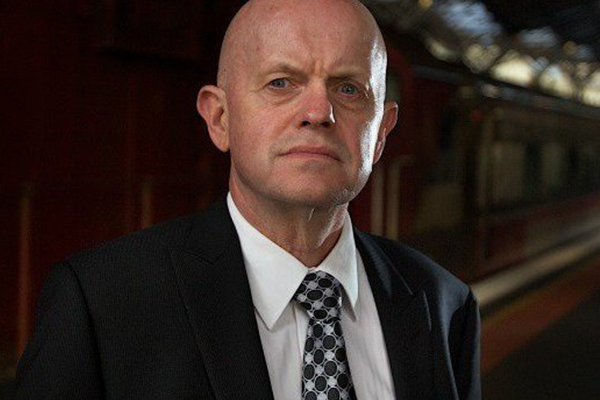 Sly of the Underworld: What happened to the impeccably dressed killer? - 3AW

Sly is now taking queries from listeners on crimes they want him to discuss with Ross and Russel. This week he was asked: “Whatever happened to Hugo Rich?” Rich was born Olaf Dietrich, but adopted a new moniker, allegedly paying homage to his...

Mother of two Mandy Ahmadi vanished a week before Christmas in 2011. Police initially thought she’d run away with her lover. Her husband Nasir held media conferences appealing for her to come home, claiming she might have been kidnapped by radical Muslims. A few weeks later, Ron Iddles took on the case and uncovered a much darker story behind her disappearance.

@Channel7
Nothing will stop Australia's greatest detective from getting to the bottom of this sinister cover-up. Homicide with Ron Iddles, Sunday 9.00 https://t.co/5ct460HdC9
JohnsonTV September 11, 2021, 11:35pm #12

Gina Rossato’s naked body was found dumped in a ravine, her throat was cut and she’d been beaten with a belt. She’d gone missing the day before after catching a cab home from work in the early hours.

12 year old Terry Floyd played a blinder of a game in his Saturday afternoon footy match on June 28th, 1975 in his home town of Maryborough. He then visited a mate in a nearby town to play Monopoly, but Terry never made it home. Terry’s family had no answers for 25 years, until they approached Ron Iddles to help. Ron reopened the investigation and an inquest found Terry was murdered. Ron continued to investigate for the next two decades and believes he knows who killed Terry, but the case is still officially unsolved.

The show has been renewed for a second season. From today’s upfronts:

One of the surprise hits of 2021, with an average total audience of 1.04 million, this gripping special event series is coming back to Seven and 7plus. Each week, Australia’s greatest detective reveals the untold stories of his most challenging cases. Iddles worked on more than 320 homicide cases during his 25 years with Victoria Police and his success rate for solving murders was unprecedented. Homicide: With Ron Iddles is a CJZ production for the Seven Network.