I figured I’d start a new post here to let others take their stab at what might unfold here, rather than just using random mocks…

I’d started and stopped on mocks on this theme before, but figured I should actually post something.

So for the “KIIS network” stations, most of the logos aren’t worth salvaging, though I gave Hot Tomato their current logo in the lips just because it’s such an awkward name to work with.

Added in a location line as well, just due to most of the brands being fairly common. 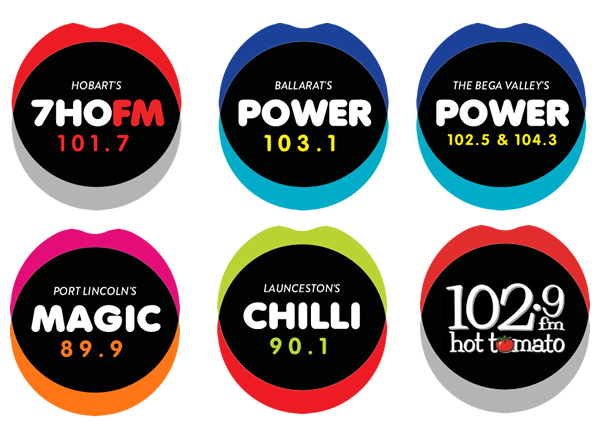 Idea was to just grab in some colours from the existing station logo - but otherwise ditch it. Chilli is my favourite of them for how well the colours work.

For the ‘Pure Gold’ side, there were two ways, either just embracing the Pure Gold network identity entirely, or attempting to rework their existing logos to use the same template. 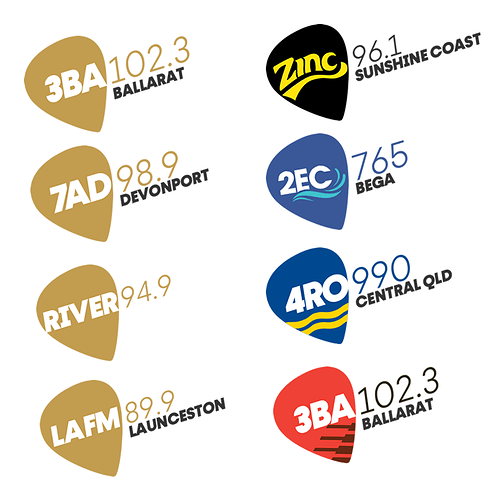 (I’m likely about 5% off with the fonts here, but use your imagination there…)

Very nice, but wouldn’t the 2EC Mock display 94.5 since it converted to FM?

Very nice, but wouldn’t the 2EC Mock display 94.5 since it converted to FM?

Yep. Blame me using the main Grant Broadcasters Wikipedia page to randomly select stations for the mock - it still lists 2EC on AM on the main station list.

LAFM would need a frequency tweak (89.3), otherwise LAFM and Chilli would be a little too close on the spectrum

LAFM would need a frequency tweak (89.3), otherwise LAFM and Chilli would be a little too close on the spectrum 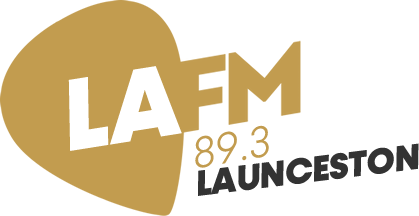 That looks fantastic. Probably not far off the mark when ARN change the logos.

Haha… this is great. I did the same thing when I heard about the takeover. 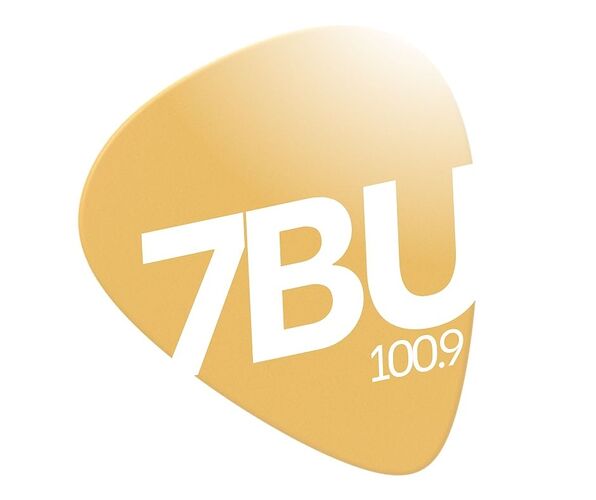 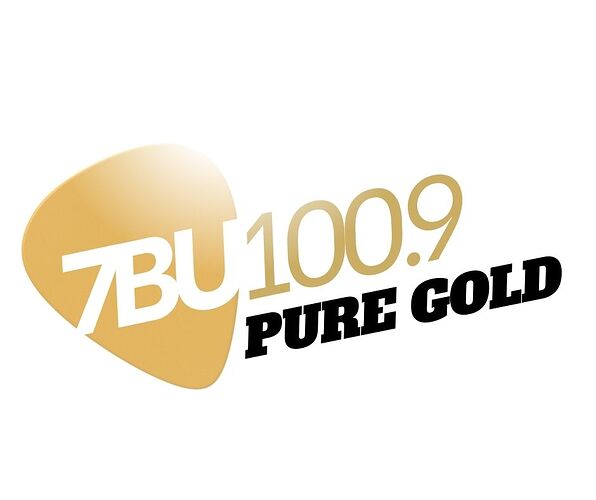 Here is what I think would happen as multiple of these stations are ranked quite high in the ratings. I put the old station name below the new logo so you can tell which it is. (I am still trying to find the correct font) 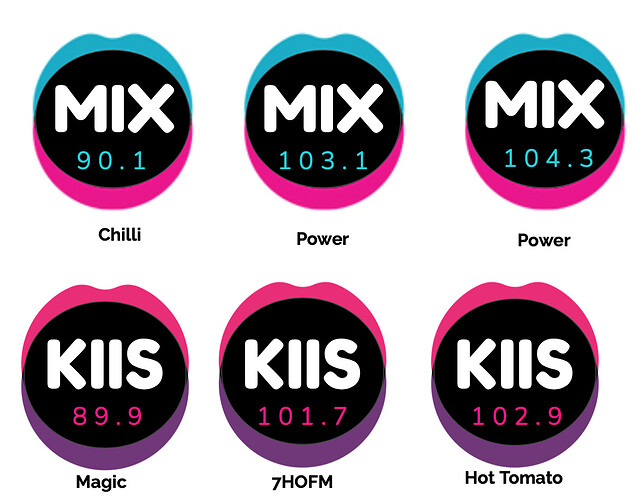 With only one station in Hobart, would 7HO align with the KIIS branding? While programming has been traditionally taken from Nova, having been up north over Christmas 7HO sits somewhere between Chili (KIIS) and LAFM (Gold)…

Sorry I am a kiwi so I don’t know the smaller stations that well. I would say KIIS as the music is for KIIS than Gold IMO.

With only one station in Hobart, would 7HO align with the KIIS branding? While programming has been traditionally taken from Nova, having been up north over Christmas 7HO sits somewhere between Chili (KIIS) and LAFM (Gold)…

Actually, looking at their playlists online, 7HO & Chilli has the same playlist.

With only one station in Hobart, would 7HO align with the KIIS branding?

My thinking on it is based on 96fm using the KIIS network branding, that they want to make KIIS as large of a national network as possible. I think comparing the format even of Mix Adelaide to KIIS Sydney, they are barely part of the same network format wise, but they make it work.

Here’s a bad table of me attempting to sort their network - the only “Pure Gold” only markets are their AM only ones, other than River Ipswich. 4CC as KIIS network is probably the weakest of them - perhaps 4CC would be Pure Gold network and you’d make 4RO live as it’s own brand outside it. As with my frequency screwups, relying heavily on Wikipedia for a quick table of all their stations, so expect a few mistakes…

As I said in the Grant thread, the only stations ARN would likely immediately rebrand are the CHR/AC stations in the two remaining capital cities (Hobart & Darwin) and the Gold Coast, so that ARN has a network of KIIS stations in all capital cities + GC. All the rest will probably stick with their current branding but change their logos to reflect their network.

I am interested to see what ARN will do with Hitz939 & the Tasmanian Sea FM stations. Maybe they switch to KIIS as well to avoid an awkward situation with SCA? Same with 96.5 Wave FM in the Illawarra, since their coverage area overlaps with Power FM 94.9. 4CC & 4RO in Central Queensland is tough, but maybe one of them would convert to FM so they can flip to KIIS?

Here are the concepts I got for the stations that’ll likely be part of the KIIS Network. Haven’t made any for Pure Gold since I don’t know the font they use. By the way, KIIS’ font is Frankfurter & I based the designs for Power, Magic, & Star are based off the unused logo concepts for KIIS (Behance). 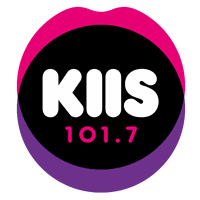 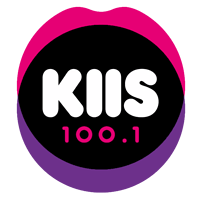 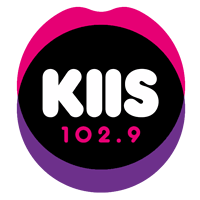 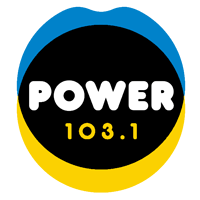 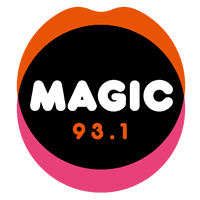 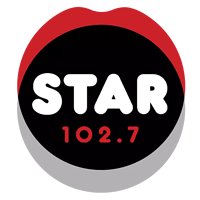 So I think I know what fonts the Pure Gold stations likely uses. Not really a perfect match, but the branding font is similar to Intro Black Italic & the frequency font is Intro Regular Italic. The “Pure Gold” part, I’m not sure about that, but it looks very close to Rockwell. 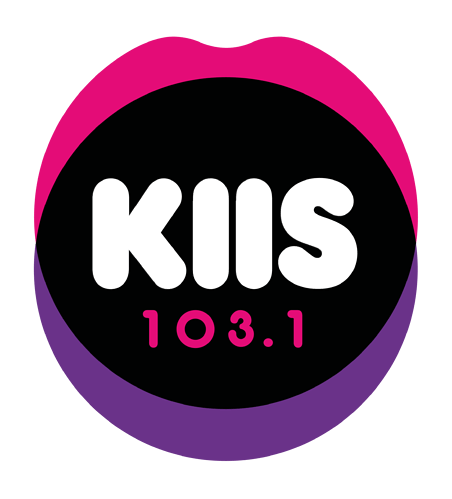