**SELLING IN THE CITY CAST ANNOUNCED ** 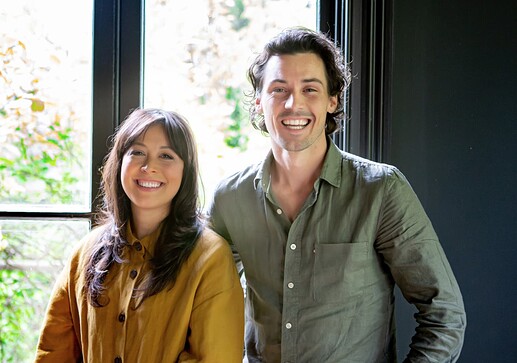 FOXTEL has announced a massive line-up of premium entertainment over the next 12 months, featuring a huge slate of FOXTEL Originals alongside the world’s best dramas, movies and docuseries, all in one place.

Headlining FOXTEL’s extensive local LifeStyle offering is new Australian original series Selling In The City , with interior designer Rosie Morley and landscape expert Paddy Milne announced as hosts of the eagerly awaited original format. A spin off from Selling Houses Australia , Selling In The City is a millennial skewed brand that will feature amazing design, clever solutions for small spaces and the best ways to get the absolute most out of a small, urban property.

Rosie Morley is an award-winning interior designer and an industry leader with nearly 20 years of local and international experience. Based in Melbourne, Rosie Morley is principal and lead of the interiors team at architectural firm Fender Katsalidis. Paddy Milne has built up a successful landscape design business, The Scape Artist, and is gaining recognition as one of the finest landscapers in Victoria.

Wendy Moore, FOXTEL Group General Manager Lifestyle, said, “ Selling In The City will focus on the millions of urban-dwelling Australians who live in apartments, terraces and townhouses and want to renovate and transform their homes to sell and change where they live. This fresh approach takes the trusted Selling Houses brand and opens it up to a whole new audience.

“Our viewers’ passion for home-grown programming is only matched by their love of the experts who front them, so it’s important we get the casting right. After an exhaustive search, we’re delighted to have landed on this dynamic duo that bring to life the series ethos,” she said.

Also new to FOXTEL in 2022 is The Repair Shop Australia , based on the hugely popular UK format. Host Dean Ipaviz leads a team of passionate and highly skilled craftspeople who come to the rescue of treasured possessions which are broken or damaged, revealing the remarkable stories behind these family heirlooms.

Returning FOXTEL Originals include one of the country’s most iconic cooking shows, The Great Australian Bake Off which sees judges Maggie Beer and Matt Moran and hosts Claire Hooper and Mel Buttle return to the shed with 12 new and passionate bakers.

FOXTEL Original dramas include The Twelve , a gripping courtroom drama that tells the story of 12 ordinary Australians who are selected for jury duty in a murder trial as traumatising as it is controversial, in which a woman stands accused of killing a child. The writing team for The Twelve features a stellar line-up including Wentworth ’s Leah Purcell.

And after a hugely successful first season, award-winning comedy drama series Upright will return for a second season with actor, musician and comedian Tim Minchin and rising global star Milly Alcock reprising their roles as misfit duo Lucky and Meg. The pair will trade the Nullabor Desert for the steamy tropics of Far North Queensland as they hit the road – and the river – on a mission.

New international dramas coming to FOXTEL over the coming months include arctic thriller The North Water with Jack O’Connell and Colin Farrell; and Ragdoll , a serial killer drama from the makers of Killing Eve. Both series premiere On Demand next month.

The next 12 months will also see a huge breadth of unscripted content airing on FOXTEL’s FOX DOCOS. The dedicated destination for premium documentaries has delivered viewing growth of more than 130% on its predecessor, FOXTEL Arts, and more than 300% in the key 25-39 viewing demographic. Key titles coming up on FOX DOCOS include Music Box: Jagged , a detailed look at Alanis Morrisette’s pivotal album; What Happened Brittany Murphy , an expose on the death of the Hollywood starlet; and 100 Foot Wave , following surfing pioneer Garrett McNamara.

In sport, after another challenging and unpredictable year, 2022 will see the return of big crowds, electric atmosphere and unmissable moments across all codes. The action kicks off with Fox Cricket’s coverage of the Ashes with every ball to be shown live and ad-free during play in 4K Ultra High Definition for a premium viewing experience. As a key broadcast partner of ESPN in Australia, FOXTEL is proud to be bringing all NBL games and select NBA games to fans across the summer along with every match of the WNBL for the first time ever. March will see the return of NRL and AFL with every game of both regular seasons to be broadcast live and ad break free during play.

In addition, FOXTEL will showcase every match of the newly acquired Super Netball Season along with Australian International Tests and Quad Series. There will also be must-watch Supercars and Formula 1 events along with Main Event Boxing, Golf, AFLW, NFL, Surfing and more as part of FOXTEL’s unrivalled sport offering.

Ragdoll , a serial killer drama from the makers of Killing Eve. Both series premiere On Demand next month.

It should follow US premiere on AMC+ on November 11. 'Ragdoll' Trailer Introduces the Case the Police Must Put Together (VIDEO)

In the AMC+ series, starring Lucy Hale, police must solve the murders of six people, whose bodies are dismembered and sewn into one grotesque body.

Our streaming products are driving our growth, starting with Foxtel Go and Foxtel Now, and rapidly accelerated with single genre services, Kayo in sports, BINGE in entertainment, and now, Flash in news.

77% of Australian homes now have an SVOD service. That will reach 85% in 2025, and each household is forecast to have, on average, almost 4 services.

Our lower ad loads, impact formats like Q breaks, our commitment to ad-free live sport – all creates the harmony between advertising and subscription revenue.

And, just like our retail and streaming business, the media side of the business has never been stronger.

Across our sports platforms – linear, Kayo, and Fox Venues, we have an enviable audience that is now surpassing other broadcasters – we are comfortably Australia’s largest sports platform with 2.4million subscribers and cross platform reach of 8.7 million sports fans​​.

And it’s no wonder: we have the best broadcast technology, the best angles, the best access and the best viewer experience​.

Audiences are up across every major code, and our jampacked calendar of sport includes NRL Women’s Premiership, the 2022 GOLF PGA Tour, the 2022 European Tour, Supercars, Formula 1, and Surfing. Foxtel Media today announced the launch of ad experimentation platform Foxtest during its upfront.Representing an investment of $3 million, Foxtest will see Foxtel Media partner with brands to run experiments across advertising content, experience,...

Foxtel has bought the rights to new documentary Meeting the Beatles in India. 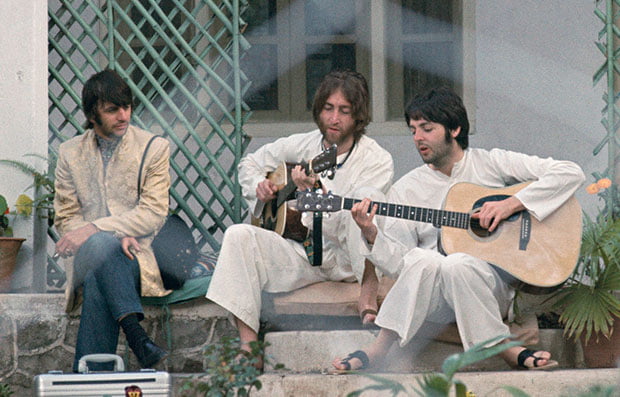 London-based independent distributor Scorpion TV has taken global rights feature documentary Meeting the Beatles in India outside the US and Canada.