The ABC today appointed Matthew Carney as the new EP of Four Corners.

Nowhere to run: abused by our coach

“Sports coaches can have sex with or sexually abuse a sixteen-year-old and pretty much get away with it.” Charlie Webster, journalist and survivor

Journalist Charlie Webster has covered some of the biggest sporting events in the world. But there was one story she was never able to tell. Until now.

“When I was nineteen, our coach was arrested and convicted, and it was only then I realised I wasn’t the only one he’d abused.”

On Monday, Four Corners tells the story of what happened to a group of young female athletes who were groomed and abused by their running coach.

In a personal investigation Charlie Webster sets out to find her teenage running friends who all dreamt of becoming Olympic athletes, to learn the truth of what happened to them at the hands of a manipulative predator.

“To this day, I don’t know what my friends went through, can I find them, will they even talk to me?”

One by one she is reunited with the girls, who were once the best of friends and who also suffered in silence.

“I know now I wasn’t the first. I’ve spoken to another girl . . . she told me he’d abused her seven years before me.”

“The more digging I do the more troubled I am by the scale of the problem in athletics.”

Charlie Webster is now using her story to advocate for better protection for young athletes, ensure abuse is exposed and perpetrators are punished.

Nowhere to Run, reported by Charlie Webster, goes to air on Monday 6th June at 8.30pm. It is replayed on Tuesday 7th June at 11pm and Wednesday 8th June at 10am. It can also be seen on ABC News channel on Saturday at 8.10pm AEST, ABC iview and at abc.net.au/4corners. 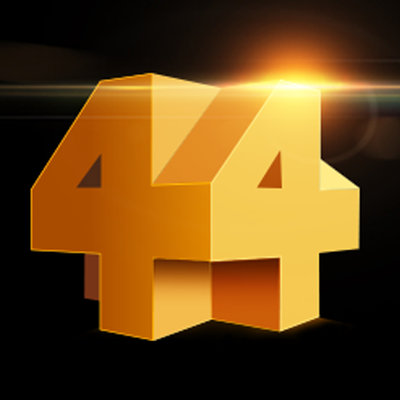 @4corners
Next week Four Corners tells the story of what happened to a group of young female athletes who were groomed and abused by their running coach. https://t.co/97UCQdkIer
TV.Cynic June 9, 2022, 2:10pm #466

Holding on to Hope: The race to solve dementia

“It’s the number one fear that older people have. More than any other disease … more than anything else.” Dementia clinician

Half a million Australians live with dementia and for the past two decades scientists have been working on a new drug treatment they hope will combat the most common form, Alzheimer’s disease.

Monday on Four Corners, the ABC’s health expert Dr Norman Swan investigates the science behind the treatment in the race to solve dementia.

“The drugs that we’re using should delay the onset of any cognitive impairment if the trial is successful.” Australian neuropathologist

But scientific community is divided. Dr Swan talks to world experts who claim the drug could be doing more harm than good.

The controversial debate has increased frustration amongst dementia patients and advocates who worry that too much hope has been placed in just one treatment option.

“We had too many centuries of dementia with no cure, no prevention, no delay. So we ought to be able to find something. It’s no use saying, ‘I will focus on this area and foreclose research into a whole range of other areas’. That’s not the way research ought to be conducted.” Dementia patient advocate

Dr Swan’s investigation also looks at evidence that lifestyle choices may help delay the onset of the disease while the world waits for a cure.

“If we get the whole population to be exercising more, eating more healthily, being more cognitively and socially engaged … that would reap enormous dividends.” Dementia authority

@4corners
Next week on#4Corners -@normanswan investigates the race to solve dementia: the science behind the search for treatments, and the lifestyle choices that may help delay the disease while we wait for a cure. https://t.co/YYJXpIOSab
TV.Cynic June 16, 2022, 3:01am #467

The Abduction of Milly Dowler

“I’m angry that he did it and got away with it for so long.” Milly Dowler’s best friend

Levi Bellfield is one of Britain’s most notorious serial killer but despite available evidence and tip offs, it took police several years to arrest him for the murder of three women, including British teenager Milly Dowler.

“Had they joined up all the dots, it could have led to his arrest much earlier, and that could have saved a lot of other people being attacked by him.” Crime reporter

On Monday Four Corners examines the failures in the investigation into the abduction and murder of 13-year-old Milly Dowler.

“It was a mess. There were no clear lines of enquiry.” Retired Det Chief Superintendent

This gripping film features interviews with senior police and those covering the case as evidence mounted up against the killer.

“There was a loft hatch which was closed. So they got a ladder, they got up into the loft hatch, and under the loft insulation, there he was, stark naked.” Former crime reporter.

Also speaking out is the murderer’s ex-partner who provided the crucial tip off which led to Bellfield’s arrest.

“When they asked me, ‘Why do you think you know who might have killed her?’ and I said, 'Because my kids’ father, my ex-boyfriend, is violent, he hates blondes, he knows the area very well, and he drives a white van ‘cos he’s a wheel clamper’.” Ex-partner of Levi Bellfield

The true crime documentary also sheds light on the role of the media in the Milly Dowler case, in particular the illegal activity undertaken by the Murdoch owned tabloid News of the World.

Former senior police reveal investigators did not initially pursue the News of the World when it was clear the tabloid had information about the missing teenager that was obtained through criminal activity.

“The only way they could have achieved that was through hacking into Milly Dowler’s phone. Now, instead of actually investigating that, in effect, it seems as if they turned a blind eye to it, in order to appease the media.” Retired Det Chief Superintendent.

The newspaper was eventually shut down as a result of the hacking of Milly Dowler’s phone and serial killer Levi Bellfield was sentenced to life in prison.

“There’s always been a picture of Milly in the incident room and it was always a 13-year-old schoolgirl. When we eventually got to court, all her school friends, were women now… and that brought it home really that Milly had missed out on all that.” Retired Detective Constable

Bellfield will die behind bars, but Milly Dowler’s death and the harm he caused to many others still haunts those left behind.

“It just seems so harrowing that someone’s taken someone from you… and then actually went on to hurt more people. I think that’s what’s really upsetting, is that more people got hurt after that.” Milly Dowler’s best friend.

The Abduction of Milly Dowler goes to air on Monday 20th June at 8.30pm. It is replayed on Tuesday 21st June at 11.00pm and Wednesday 22nd at 10am. It can also be seen on ABC NEWS channel on Saturday at 8.10pm AEST and ABC iview.

“It’s the last thing you do before you go to sleep. It’s the first thing you do when you wake up. Sometimes you wake up a couple times during the night to hit it and then go back to sleep. Like it’s totally got a hold of you and it’s the only thing you think about.” Teenage vaper

Vaping is a multi-billion-dollar global industry that is rapidly growing in popularity amongst teenagers and young adults.

Vaping was hailed as the new way to quit smoking but there are serious concerns the product is now causing nicotine addiction in teenagers.

“I was really fearful for her health. I felt really angry that this product existed, that seemed almost designed to appeal to kids. And now she couldn’t stop it. It was a horrible feeling.” Mother of teenage vaper

On Monday, Four Corners investigates the explosion in vaping amongst teenagers and the booming black market which is thriving in Australia due to a failure to police the rules.

“You can buy them from convenience stores. And there’s also kids and young adults who buy them overseas in bulk, and then sell them. Like you go on your phone, you’re like, “Can I pick up a vape?” And they’re like, “20 minutes.” And you just meet them somewhere and they just hand it to you.” Teenage vaper

Reporter Grace Tobin tracks down some of the suppliers who are illegally selling nicotine vapes either online or under the counter in stores.

“The reason we’ve got a black market is because people are bringing in these products, taking a chance that they won’t be apprehended, they’re landing them for about a dollar each and they’re selling in shops for 20 to 25, so this is a massive incentive for that to continue .” Public health professor

The program also examines the push into e-cigarettes from the big tobacco companies which has caused concern at the highest level of government.

“For me, it’s absolutely clear that as smoking rates come down, Big Tobacco is trying to drive up in a rearguard action, the use of nicotine-based vaping. In my mind, these are merchants of death.” Former health minister

Supporters of vaping argue the regulation surrounding the product is a major impediment for people relying on e-cigarettes to quit tobacco smoking.

“It’s idiocy that smokers who want to switch from deadly cigarettes to much safer vaping have to jump through hoops to do that, but if they want to keep using deadly cigarettes, they can get them very easily from 20,000 outlets. That’s crazy.” Vaping advocate

“You are inhaling a cocktail of chemicals, particularly the flavouring chemicals that we have no idea what the long-term consequences of that are going to be.” Public health professor

Vape Haze, reported by Grace Tobin goes to air on Monday 27th June at 8.30pm. It is replayed on Tuesday 28th June at 11.00pm and Wednesday 29th June at 10am. It can also been seen on ABC NEWS channel on Saturday at 8.10pm AEST, ABC iview and at abc.net.au/4corners.