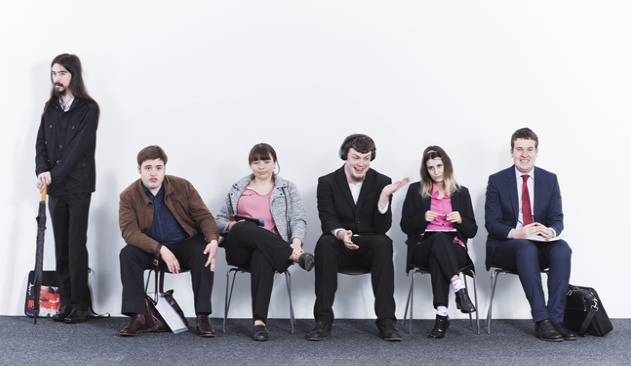 Employable Me follows people with Neuro diverse conditions such as Autism, OCD and Tourette Syndrome as they search for meaningful employment.

This uplifting, warm and insightful series draws on experts to uncover people’s hidden skills and to match jobseekers to roles that can harness their strengths.

We all deserve a role in society. That’s what this show is about: striving to belong and play your part. The series looks beyond first impressions to reveal there’s always more than meets the eye.

The series follows nine participants as their job searches unfold. From the fun loving Marty, who just wants people to treat him the same as other people regardless of his Fragile X Syndrome, to the socially withdrawn Tim, who suffers extreme anxiety every time he leaves his home. As a result, he’s never had a job.

We meet Kayla, a 21-year old woman burdened with a complex and rare form of Tourette Syndrome where she suffers uncontrollable movement tics and profane swearing outbursts. Despite these challenges, she is determined to find an employer who will give her a chance.

Participants are warm, funny and generously open. Each story is told from their own perspective. Neuro-psych testing by experts substantiates their skill sets, revealing an astounding cognitive brilliance in some.

The job searching results in some truly surprising results.

Employable Me was the only Australian winner at this week’s Venice TV Awards. It was a great series. I am so glad we have the ABC to put content like this to air.

The multi award-winning Employable Me is back for series two with a new cast of extraordinary job seekers aiming to prove that being different shouldn’t stop anyone finding meaningful work. Employable Me is an uplifting, warm and insightful series that draws on experts to uncover hidden skills which can finally harness the strengths of the job seekers to help land dream careers. We all deserve a role in society. That’s what this show is about: striving to belong and play your part. The series looks beyond first impressions to reveal there’s always more than meets the eye and many people have hidden abilities that, when revealed, can benefit both the individual and society in general. This season we will meet Sinead a talented musician and dancer who also has Down’s Syndrome. Warm and caring, Sinead is determined to work in aged care centres and has completed her Certificate 3 in Individual Support. The next step is to get her foot in the door and secure an actual paid job. We will also meet Eric, a charming and fun-loving 20-year-old, who has cerebral palsy as a result of birth trauma. Known jokingly as the mayor of his NSW Central Coast town because he knows everyone, Eric is pursuing a career in health administration, in part to give back to the sector that has helped him all his life. We also meet Sarah and Tiana who have dwarfism, Jake who has epilepsy, Kiah with Tourette Syndrome and Ryan, Paul and Kathleen who are all on the autism spectrum.

In April, ABC welcomes the second round of Australia’s most extraordinary job seekers 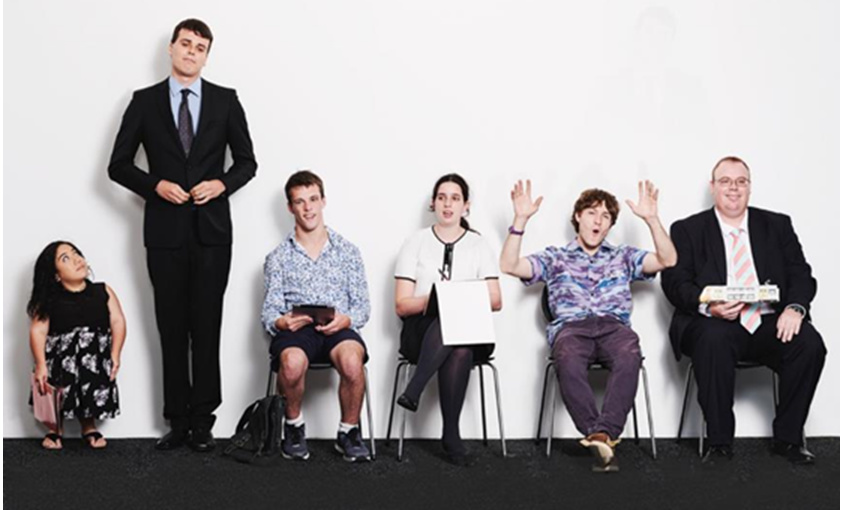 The award-winning and critically acclaimed documentary series Employable Me returns on Tuesday 9 April at 8.30pm, ABC & ABC iview, and follows the stories of nine more people with disabilities as they battle to find work. As well as neurological conditions such as autism spectrum disorder and Tourette Syndrome, this second series features people with epilepsy, cerebral palsy, dwarfism and Down Syndrome as they search for meaningful employment.

Employable Me shows us what potential employers need to see: the capable person behind the condition. But it’s a tough road they must travel to convince employers to overcome their preconceptions.

Throughout the series, the participants work with experts, job coaches and their families to uncover their skills and talents and match the jobseekers to roles that harness their strengths.

20-year old Eric has cerebral palsy and doesn’t feel there should be any obstacle to achieving his dream job working in the health sector. He wants people to see who he is before they see his disability.

At just 98cm tall, Tiana might just be Australia’s shortest job seeker. She wants to show employers that while her short stature means she may do things a little differently, she is just as capable as anyone else.

For neuro-diverse participants such as Kathleen, testing by experts substantiates her skills and blows widely held stereotypes about autism out of the water.

We all deserve a role in society. That’s what this show is about: striving to belong and play your part. Employable Me looks beyond first impressions to reveal there’s always more than meets the eye.

Produced by Northern Pictures ( Magical Land of Oz , Changing Minds, Ice Wars ), Employable Me was commissioned by the ABC as part of its commitment to bring diverse stories, including those about people with disabilities, into focus. Principal production funding from Screen Australia, financed with the assistance of (the) NSW Department of Industry and Create NSW, with the ABC. Employable Me awarded in New York

Empowering ABC series Employable Me has won two gold medals at the New York Festivals International TV & Film Awards, which celebrate outstanding and important screen content from around the world.

The first series of the uplifting program won the 2019 United Nations Department of Public Information Gold Award, chosen in collaboration with New York Festivals to honour programs that best exemplify the aims and ideals of the United Nations.

Employable Me – Series 2 of which is currently airing on ABC TV – also won the festivals’ Gold World Medal for Documentary for its exploration of social issues affecting people with neuro diverse conditions as they search for employment.

Stephen Oliver, ABC Commissioning Editor, Factual, said: “We are proud that Employable Me is having such an impact internationally and showing a mainstream audience that when we see the ability rather than just the disability, it is good for both the individual and society. The incredibly dedicated team at Northern Pictures have done an outstanding job making content that is important and compelling.”

Rose Anderson, New York Festivals’ Vice-President and Executive Director, said: “Since 1990, New York Festivals has partnered with the United Nations Department of Public Information on a special award on issues of importance to the UN. Employable Me goes to the heart of what the work of the UN is all about – improving people’s lives.”

Employable Me is produced by Northern Pictures for the ABC under its commitment to bring diverse stories, including those about people with disabilities, into focus.

Employable Me has received many major awards in Australia and beyond, including:

Uplifting ABC series Employable Me has been nominated for a prestigious Rose d’Or Award, celebrating excellence and achievement in entertainment programming from around the world.

Series two of the ABC Factual program is the only Australian television show named on the awards’ shortlist, voted for by 60 international media industry professionals. Employable Me , produced by Northern Pictures for the ABC, has been lauded internationally for its insightful exploration of social issues affecting people with neurodiverse conditions as they search for employment.

Josie Mason-Campbell, ABC Head of Entertainment & Factual, said: “ Employable Me has connected deeply with our audience and has been duly celebrated in Australia and internationally. The Rose d’Or nomination is further recognition of the brilliant team at Northern Pictures, who treated this important subject with authenticity, care and humour. The ABC is proud to share such diverse and distinctive stories that bring about meaningful change in how we see the world and each other.”

Cian O’Clery, series Director, said: “We’re delighted Employable Me series two has been nominated for a Rose d’Or Award. It’s an honour for the Northern Pictures team to stand side by side with some of the world’s leading factual producers. Both series of Employable Me have struck a chord with audiences and critics alike and that’s thanks to the wonderful participants who generously collaborated with us to share their stories and to the ABC for their commitment to making meaningful television.”

Series two of Employable Me is available to watch on ABC iview. New ABC TV series Love on the Spectrum, produced by Northern Pictures, which follows young adults on the autism spectrum as they navigate the world of dating and relationships, premieres on 19 November.

Employable Me has lost to The Repair Shop in Reality and Factual Entertainment category of Rose d’Or Award.