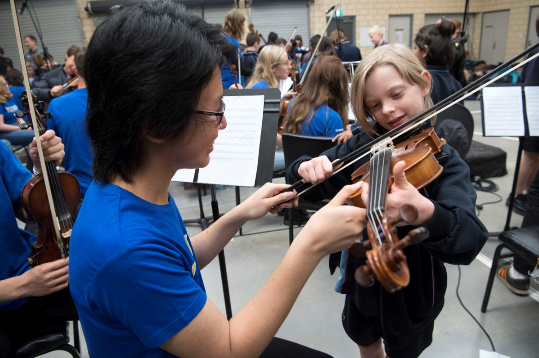 Filming is underway in Perth on Don’t Stop the Music, a new three-part landmark documentary series, highlighting the transformative effects of teaching music in primary schools. The series has joint funding from Screen Australia and Screenwest and is backed by Musica Viva and the Salvation Army.

Featuring musical mentor, Guy Sebastian, Don’t Stop the Music follows one underprivileged Australian school’s journey to musical literacy. It will showcase leading music educators as they train the school’s teachers, giving them new tools to teach their students to play instruments and sing.

The school will introduce a new music program into its curriculum, using instruments donated from the wider community. The Principal’s ultimate dream: for all her students to reap the benefits of learning music and to eventually have a band to play at assembly.

Throughout the series, Guy Sebastian will encourage the students to step up and persevere with their instruments. He’ll workshop songs with them, inspiring them along the way with stories of his own musical journey. As the children sing, practice and perform together, we’ll witness the way this new approach benefits families and the community, as the school strives to establish a vibrant and sustainable culture of music.

As Guy explains, the importance of music in the school curriculum cannot be underestimated. “I was a singing teacher in numerous schools in Adelaide and I saw first-hand how music would light up a child’s face and lift them above all the things that weigh them down. Every child deserves that.”

63% of primary schools in Australia offer no classroom music. Despite 90% of parents valuing music and wanting their children to be involved, access to quality music education in schools has become highly inequitable. Recent studies have shown how incorporating music in a child’s education has life changing benefits; improving literacy, numeracy, confidence, behaviours and wellbeing.

Based on the format Don’t Stop the Music developed by Fresh One Productions Limited.

A year later, it’s finally started. Maybe a bit too early for this.

Thousands of children will get the chance to play music for the first time with more than 7000 instruments donated through the Don’t Stop The Music campaign, to be distributed to disadvantaged schools across the nation.

The donation drive by the ABC in partnership with Musica Viva Australia and the Salvation Army saw Australians give over 7100 unused or unwanted musical instruments and more than $100,000 to fund music education programs in primary schools – 63% of which offer no music lessons in the classroom.

Among the donations were 300 new Fender classical guitars and a donation of 135 instruments to Perth’s Challis Community Primary School, which featured in the ABC’s Don’t Stop The Music. The documentary series, which will be replayed on ABC TV from this Sunday for Ausmusic Month, highlighted the transformative effects of teaching music to children.

Michael Carrington, ABC Director of Entertainment & Specialist, said: “The ABC is proud to bring the sound of music to classrooms across the country. With our partners Musica Viva and the Salvos, the Don’t Stop The Music campaign is transforming the lives and education of thousands of Australian children in underprivileged schools. Thanks to everyone who helped get flutes, guitars, saxophones, clarinets, violins, bongo drums and more into the hands of the kids who need them the most.”

Hywel Sims, Musica Viva CEO, said: “Musica Viva is delighted to have played a part in bringing music-making to more children and celebrates Don’t Stop The Music for shining a light on the urgent need for more music education in Australia. So far, almost 90 schools have shared in over 2400 instruments, with many more orders in train all over the country. We’d like to express our heartfelt thanks to every donor who has made this possible.”

Aife O’Loughlin, Customer Experience Manager Salvos Stores, said: “Salvos Stores have been overwhelmed by the generosity of the Australian public who donated so many fantastic quality instruments to this important program. We have been assisted by hundreds of volunteers and repair partners. We are incredibly grateful for their time and support to help the Salvos, Musica Viva and the ABC achieve our goal of getting instruments into the hands of young people across Australia. Instruments have already been delivered to eight Just Brass programs, with more on the way, allowing us to expand the impact of music in our communities.”

Accompanying this month’s broadcast of Don’t Stop The Music is a new short documentary about Hincks Avenue Primary School, in Whyalla, South Australia, which started a new music program after receiving donations of violins, flutes, clarinets and saxophones.

The documentary is available here:

Victorians led the way in the Don’t Stop The Music national appeal, donating more than 2300 unwanted or unused musical instruments, followed by more than 1300 in NSW and close to 1000 in Queensland and South Australia.

Don’t Stop The Music, an Artemis Media production for the ABC, documents the effects of music education on students in an underprivileged area of Perth, including higher attendance rates and improved concentration and self-confidence.

Don’t Stop The Music will air on ABC TV and iview from 17 November at 2.30pm 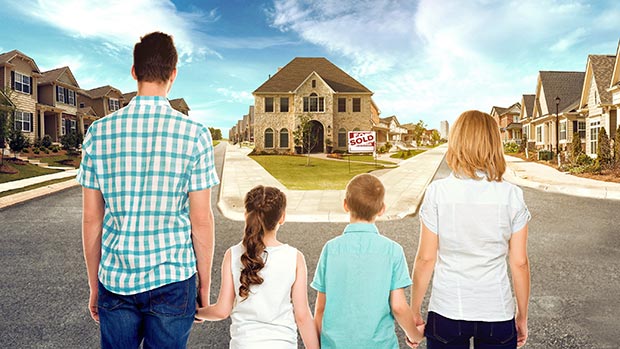 Broadcasters around Europe have acquired a number of unscripted formats, including Buying Blind and Don't Stop the Music, from Red Arrow Studios International.