Went to scan my radios this morning to search for new stations and Brisbane DAB Perfect but GC DAB is there but no stations showing up on it. Checked the SDR the carrier is there and the radios i havent scanned have Gold Coast signals but the anything ive rescanned they are missing… What an odd occurence!

Edit 22/09: Went to the Gold Coast for a day trip today and my car radio would not pick up the local dab stations. Although some it had preset from when i used to live there are showing up. However when the radio hit 9D mpx it couldnt show other stations… same behaviour on my sangean… it would stop on 9C but now station list would download and my jbl tuner 2 could not even see the mpx.

Almost like the mpx is there and working but when a radio scans it cant see whats in the multiplex.

They seem to be having alot of trouble with the 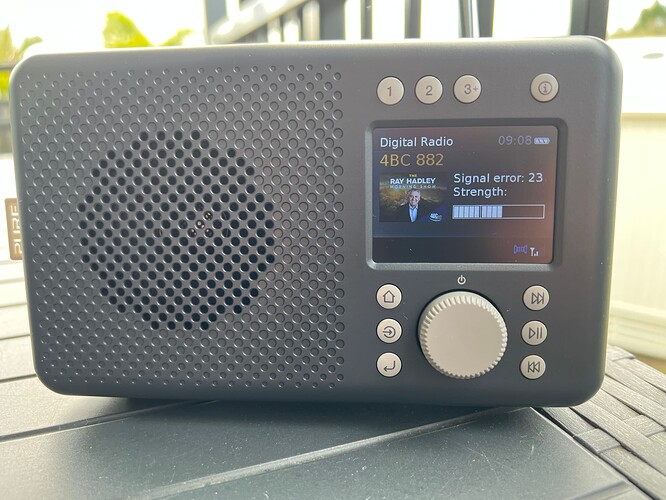 Yes, i have found in car reception is stable until just past Pacific Fair at Broadbeach but then falls off a cliff.

Had a day off yesterday. There has been no change to the Brisbane array nor output.

Still weaker than expected at Scarborough/Newport.

Beerwah seems to be quite on the fringe of coverage in at the foothills of the Glasshouse Mtns.

Drive to elevation and it’s a different story.

Gold Coast digital easily received from about 300m heading up towards Maleny. Any south facing slope on that east/west ridge results in consistent reception of Gold Coast digital. Brisbane too.

I hadn’t thought to try Gold Coast DAB+ up in the Sunny Coast Hinterland - glad to hear you did with interesting results.