This biographical series features four highly talented Australian artists from the fields of theatre, music, art and dance, who have each made significant contributions to the cultural life of this country. 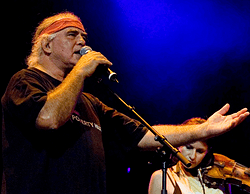 Michelle’s Story (Tuesday 22 March) follows the dramatic events in the life of talented Australian dancer, Michelle Ryan, who danced for Meryl Tankard’s Australian Dance Theatre, famed for its ground-breaking choreography. Michelle relates the heart-wrenching story of her shock MS diagnosis, its tragic fallout and the slow path to rehabilitation as she works with disabled dancers as Artistic Director of Adelaide’s Restless Dance Theatre. Intimate access to Michelle is captured by the acclaimed choreographer Meryl Tankard, making her directorial debut on the ABC.

Patricia Piccinini: A Dark Fairytale (Tuesday 29 March) is a portrait of world-renowned Australian artist Patricia Piccinini - famous for creating bizarre mutant creatures. The film examines her roots and influences, along with the profound impact the death of her mother had on the artists work… It follows too the transitions Piccinini has made from one theme to another, as she explores the interface between technology and nature and makes a new series of work, collaborating with husband Peter Hennessy for the first time.

John Bell: One Man Show (Tuesday 5 April) is a special tribute to award-winning icon of Australian theatre. It records a lifetime spent enthralling audiences, as on the eve of his 75th birthday the actor bows out of Bell Shakespeare, the company he founded 25 years ago. This documentary observes John Bell preparing his final show and includes interviews with friends, family and colleagues. Spine-tingling archival footage tells the story of the young Shakespeare obsessive, who once entertained his parents with his one-man puppet show version of Macbeth. 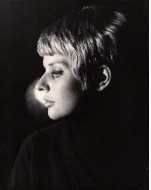 From drawings made deep down on the ocean floor to photographs of surfers riding the surface as it breaks, from still life paintings of formidable women and stunning still life to photographs of the bustling city and its characters, from the work of our most awarded cinematic editor to a dancer who battles unbelievable odds, Creatives captures a wide cross section of artists and their work.

Jill Bilcock: The Art of Film Editing focuses on the life and work of one of the world’s leading film artists, Academy award nominated film editor Jill Bilcock. Australia’s most iconic films Strictly Ballroom, Muriel’s Wedding, Moulin Rouge!, Red Dog, and The Dressmaker bear the unmistakable look and sensibility of Bilcock’s visual inventiveness. But it was her brave editing choices in Romeo+Juliet that changed the look of cinema the world over, inspiring one Hollywood critic to dub her a “Russian serial killer on crack”. With a back-story as colourful and surprising as her films, and featuring commentary from Cate Blanchett, Baz Luhrmann, Rachel Griffiths, Richard Lowenstein, Rob Sitch and Fred Schepisi this documentary is a wonderful insight into on the art of editing and the profound impact it has on storytelling.