From Sunday 17 September at 6pm

Relive the magic of Countdown! Classic Countdown pays tribute to the music and artists of the 70s and 80s. 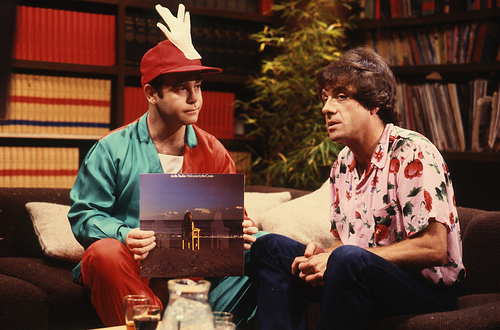 Returning to its original Countdown timeslot, Classic Countdown will launch on Sunday 17 September at 6pm on ABC, airing 13 one-hour episodes over consecutive weeks.

One of the most loved programs ever produced and broadcast by the ABC, Countdown spanned 13 years from 1974-1987 and provided the soundtrack to an entire generation of Australians.

Taking a year per episode, Classic Countdown pays tribute to the iconic artists, the incredible songs and Molly!

The original episodes have been lovingly and meticulously restored and the archives carefully searched to uncover performances not seen for decades. Unashamedly nostalgic and playful, Classic Countdown will celebrate the explosion in youth culture and Aussie music that was the driving force of the show’s success.

The show will also feature the very best of Molly, his unique interview style and his incredible access to the likes of Elton John, Tina Turner, Abba, David Bowie, Kate Bush - not to mention the giants of Aussie Rock. The series will mirror the Countdown run-down with highlights of Humdrum plus a selection of the songs that were performed on the show that also made it to #1 each year.

Each episode will be narrated by an artist who performs in that episode; John Paul Young, Kate Ceberano, Steve Kilbey, Richard Clapton among many others. The shows will also feature the iconic voice of Gavin Wood, who will reprise his role as Countdown’s announcer.

Joining the tribute, ABC Music are proud to present Classic Countdown (out September 15), a massive 4CD collection and digital album featuring the biggest and most influential hits from the iconic original series including classic tracks from ABBA, Skyhooks, Iggy Pop, Hall & Oates, Cyndi Lauper, John Farnham plus many more.

Looking forward to this

Surprised that they have any footage of the first series of shows from 1974, which was only eight episodes that aired in November and December that year. ABC was ruthless in re-using video tape and so many shows were just wiped over.

I wonder whether someone outside the abc had recordings

I wonder whether someone outside the abc had recordings

Apparently a number of “lost” Bellbird episodes turned up when ABC was doing a clean out of the Gore Hill site in Sydney. They might have struck similar with Countdown.

Surprised that they have any footage of the first series of shows from 1974, which was only eight episodes that aired in November and December that year. ABC was ruthless in re-using video tape and so many shows were just wiped over.

Just read article in today’s Herald Sun that said all 1974 episodes were taped over by the ABC.
The first episode will focus on 1975.
Looking forward to watching it was household favourite every Sunday night in the 1980’s for us. 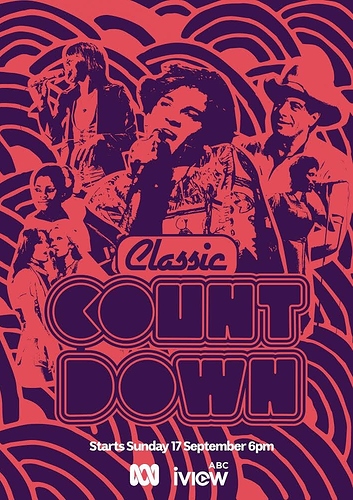 Episode one of Classic Countdown will cover 1975 and includes an excerpt from Episode 9 of the original series that became “the first series on the ABC to be broadcast in colour” at midnight on 1 March. 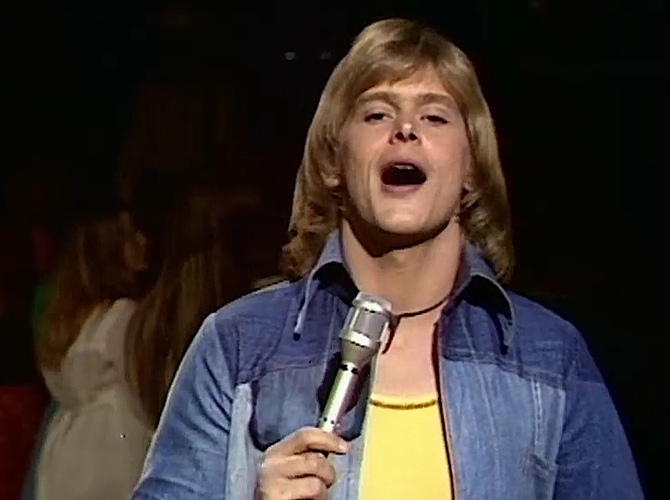 The first 8 episodes from 1974 were “mostly lost” according to the program.

I forgot to record it. I’ll have to iview

It’s also being repeated on Saturday mornings at 11am after Rage.

It’s also being repeated on Saturday mornings at 11am after Rage.

I was thinking the same thing but they have Gardening Australia in that slot now.

It was a bit disappointing. Long songs that are a hoot for nostalgia freaks. But really… Wangaratta Wahine for nearly six minutes. Anyone under the age of 40 in the household was immediately turned off

Even worse the video quality of that song was atrocious. Obviously from someone’s off-air home video recording, complete with ghosting in the picture!!

And the Pilot song was not recorded in the Countdown studio. It was from the BBC’s Top of the Pops.

At Least a Lot of Individual Performance Clips from 1974-79 did Survive.

And the Pilot song was not recorded in the Countdown studio. It was from the BBC’s Top of the Pops. Ah well.

But it would have been shown back then as a “film clip” for the song and they were talking about live performances, interviews and film clips in the show.

Good see there is a few mature spys​:grin:

And the Pilot song was not recorded in the Countdown studio. It was from the BBC’s Top of the Pops. Ah well.

It turns it wasn’t actually. No studio audience.

The caption reads: Pilot travelled to a studio in Paris to record this exclusive performance for Coiutdown.

At the end of the song they also showed a quote from the lead singer: Before we realised what was happening we were in Paris singing our songs and having a bit of a laugh…I didn’t even have a guitar strap! - David Paton