Is Marceline the most awesome heroine since Princess Bubblegum?

We think so – which is why we’re stoked that our favourite vampire stars in Adventure Time’s first spin-off series, Stakes.

Finn and Jake’s former frenemy sets off on a quest to cure herself of vampirism and become mortal.
However, in the process she accidentally releases five of the toughest vampires from her past.

Now the powerless Marceline and her friends must take on the vampires and restore things back to what they were before.

Along the way we’ll learn more of her mysterious backstory (and there’s a lot of story to tell – Marceline is more than 1000 years old).

Through flashbacks we’ll discover more about her past with the Ice King – as well as her heartbreaking decision to ask Princess Bubblegum to take away her vampire side.

Joining the regular voice cast are Rebecca Romijn (X-Men: First Class) as The Empress, Paul Williams as the Hierophant, Beau Billingslea (Star Trek: Into Darkness) as the Moon, Kyle Kinane (Epic) as Cloud Dance and Ron Funches (Get Hard) as the Fool.

Stakes is more proof that Adventure Time is “a cartoon that may be the most imaginative – and indeed entertaining – on TV”.

It’s the perfect show to sink your teeth into as you wait for the next season of Adventure Time on the Comedy Channel from March 7.

Stakes is on Monday January 18 at 6.30pm exclusive to Cartoon Network.

Long Live the Royals is about a modern royal family living in an old-fashioned world. Based on Sean Szeles’ Emmy® Award-winning short, it’s the latest project to be greenlit from Cartoon Network Studios’ acclaimed global shorts program.

Long Live the Royals highlights how traditional celebrations can often be hectic, even more so if you’re royalty. During a week-long Yule Hare Festival this unique family of King Rufus (Jon Daly), Queen Eleanor (Wendi McLendon-Covey), Princess Rosalind (Gillian Jacobs), and Princes Peter (Kieran Culkin) and Alex (Nicki Rapp) try to keep it together. Mixing modern technology with medieval traditions they struggle, in often hilarious situations, to balance ruling a kingdom and life as a family. The Royals feast on delicious food, witness exciting frights and singing forest men, but most importantly they’ll be a family you’ll love to laugh at.

“I thought it would be cool to do a show about a family that was kind of funny that happens to be royalty. There’s going to be something in there for everyone,” said creator Sean Szeles.

Long Live the Royals will encore on Saturday 30 January at 10am and Sunday 31 January at 4pm on Cartoon Network (Foxtel Channel 713). 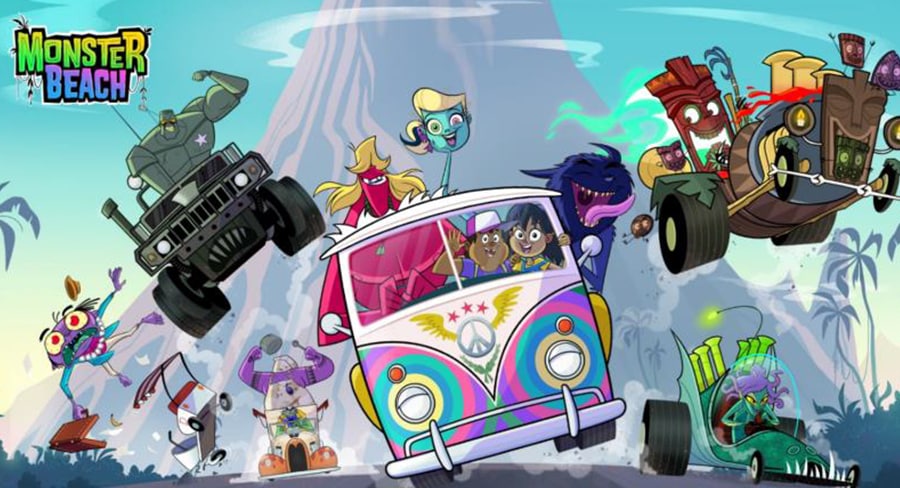 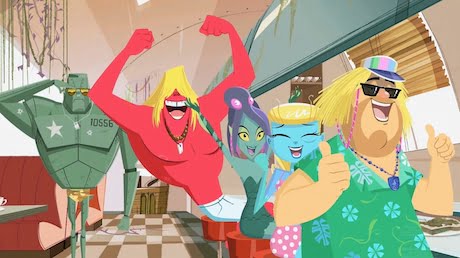 Cartoon Network is gearing up to launch more episodes of its animated series Monster Beach internationally, produced by Studio Moshi in Australia. 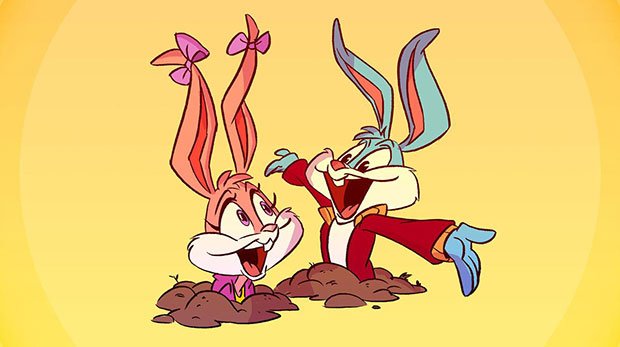 HBO Max and Cartoon Network are set to share a host of forthcoming animated series, including a Tiny Toons spin-off from Steven Spielberg's Amblin Television.

Cartoon Network viewers will be able to enjoy a completely re-energised brand experience, appealing to an even wider demographic of boys, girls and families.

Bugs Bunny Builders, Lucas the Spider, Mush-Mush and the Mushables, Ranger Rob are part of a new pre-school programming block.