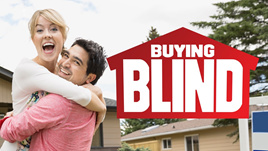 In 2018, Nine unveils the most ground-breaking property show on Australian television. Couples searching for their dream home will hand over their life savings to three experts, trusting them to take over the biggest decision of their lives. Amazing transformations and edge-of-your-seat drama make Buying Blind the new high-stakes property thriller.

Buying Blind is produced by Endemol Shine for Nine.

The Manly Daily reports filming began in Sydney’s northern beaches recently. The show follows six couples who want a new home and who are prepared to entrust their money to others to find them one (plus be filmed through the process).
http://www.news.com.au/finance/real-estate/sydney-nsw/new-tv-show-has-couples-buying-a-home-blindfolded/news-story/fcb64d4ee6d59f5a8f966938b9649b12 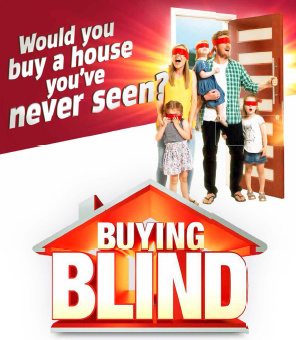 Six Aussie families will take the biggest risk of their lives and buy a house they’ve never seen before when Buying Blind premieres on Tuesday, May 29, at 7.30pm on Nine.

Shaynna Blaze said: “I’m so excited to finally share this incredible series with Australia. It’s a rollercoaster journey that you’re not going to want to miss.”
The six couples range from disillusioned first-time home buyers to struggling young families who can’t agree on what to buy and are at their wits’ end with the soaring property market.
The stakes are high as the experts scour the market to find hidden gems that will be life-changing for these trusting couples.
Acclaimed Australian actor and director Damian Walshe-Howling (Underbelly, Janet King, Blue Heelers) will narrate the six-episode series.

Marking time before season 2 of Australian Ninja Warrior. Assuming one episode airs each week, it will mean Ninja Warrior will be shown in the week of July 8.

Not a bad format but I’ve never really been a fan of Shaynna, the promos also make it look cheap.

Buying Blind is back in the schedule for Tuesday 5 June.