The Scooby gang is back with a modern comedic twist on the beloved classic in a brand new series Be Cool Scooby-Doo! exclusive to Boomerang (Foxtel channel 715) on Monday 28 December at 5:30pm.

In Be Cool Scooby-Doo! , high school is over and the gang has one last summer to live it up. They’re on the road in the Mystery Machine, chasing fun and adventure. This time, the gang is working as hard to solve their own personal problems as they are to solve the endless mysteries, monsters and mayhem that await them.

The series focuses on Shaggy and Scooby, who return to the screen bursting with their indomitable personality and style. They still hold their legendary survival instincts and insatiable appetites, only matched by their sharp wit and improvisational skills in the face of danger.

Be Cool Scooby-Doo! features the voices of Frank Welker (Inspector Gadget, Scooby-Doo, Where Are You?) as Scooby and Fred Jones, Matthew Lillard (Mystery Incorporated , Monsters Unleashed) as Shaggy, Grey Griffin (Avatar: The Last Airbender , The Grim Adventures of Billy & Mandy) as Daphne, and Kate Micucci (Garfunkel and Oates) as Velma.

In the premiere episode, Velma’s got an interview at the prestigious Kingston University, the most selective school in the country. The only catch? The university’s Dean wants her and the rest of the Scooby gang to figure out why the ghost of Elias Kingston, the school’s founder, is haunting Kingston’s book-filled halls!

Alongside our heroes, the gang plays a starring role throughout the series. Fred aspires to be the world’s next great detective but he’s struggling to control the chaos outside the van, as well as inside. Fred’s greatest impediment to his ambition is also his greatest asset – the gang itself.

Velma Dinkley has got the mind of a computer and the social skills of…a computer! She believes there’s always a right path, and once she’s found it, it’s almost physically impossible for her to stray from it.

While Daphne Blake is a wide-eyed innocent; a danger magnet for whom the world is an obstacle course. Fortunately, she’s armed with unshakeable optimism and a unique skillset acquired from the world’s finest finishing school.

The new series premieres exclusively on Boomerang (Foxtel channel 715) on Monday 28 December at 5:30pm and continues daily at 5:30pm throughout December and January 2016. 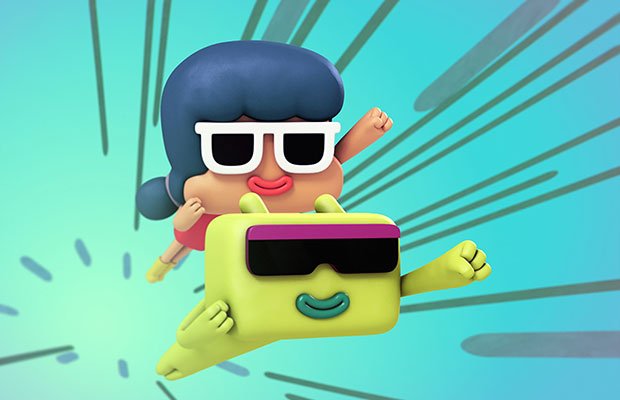 WarnerMedia has picked up the exclusive pay TV rights and non-exclusive non-linear rights to children’s animated comedy series Roger, for its kids’ channel Boomerang in Southeast Asia, Taiwan and Australia.