I’m after the “countdown to Blue Heelers Live” program which ran directly before the Live Blue Heelers episode that aired on 21st April 2004.

The live episode itself was a historic thing that hadn’t happened in 35 years at the time with the whole episode being done out of the Melbourne studios fully live to air. It was quite an achievement,

So I’m hoping that someone captured the pre show of it which detailed the behind the scenes of it all prior to the episode. It was roughly 15 mins in length.

There is some very low resolution clips of it on YouTube, but I’m hoping one of our awesome members out there managed to cap it in a higher resolution. Example below: 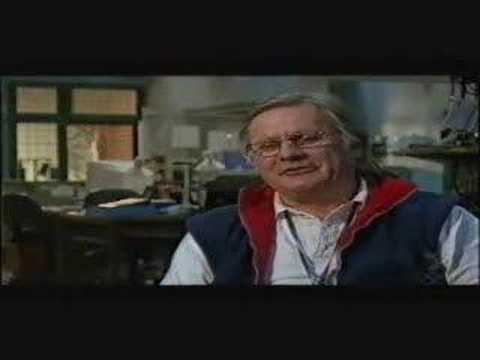 TRIVIA
The live episode of Blue Heelers was directed by two different directors: Aarne Neeme, who has extensive theatre experience, and Simon Francis (as on-air director), whose credits include Rove Live and Enough Rope.

The action was shot with up to 8 cameras across two studios at Channel Seven’s former South Melbourne studios. There were three sets - the police station, the pub and the police cells.

According to Erik Thomson, who hosted the “Countdown to Blue Heelers Live” show prior to the live episode, here are the facts in terms of television production (and in regard to making a live episode of Blue Heelers).

From memory they used an alleyway outside the South Melbourne studio for a scene.

I thought this was all streaming on 7+ including the countdown episode. Have a check there.

You’re a legend. I actually didn’t think to even look on 7plus. I knew they were on there but didn’t think the special would be! Found it.

One of the most popular Australian dramas ever made, Blue Heelers follows the lives of the police officers stationed in fictional small country town; Mount Thomas.

There were three sets - the police station, the pub and the police cells.

Nope, No Cells were used. There was an “outdoor” caravan Scene set in a studio, as well as a laneway between the studios. No Cells

And ER before that in the 90s. ER even did it twice for the same episode, once for the US east coast and again for the west coast.

I thought it had only one live episode