Big Weather (And How To Survive It)

Big Weather (And How To Survive It)

From the frontlines of Australia’s Black Summer of 2019-20, three-part series BIG WEATHER (AND HOW TO SURVIVE IT) delivers an urgent and entertaining message of how our weather is changing and what we can do to survive it.

Presenter CRAIG REUCASSEL charts the season as oppressive heatwaves set temperature records that lead to Australia’s worst fire season on record. Over 20 million hectares of forest go up in flames: a fifth of the continent’s forest and an area twice the size of Belgium. Then in a violent contradiction, catastrophic fire is followed by severe storms and flash floods.

Sharing stories from frontline disaster crews, experts and communities dealing with the effects of our escalating climate emergency, Big Weather (and how to survive it) seeks to answer some big questions: Why are these events becoming less predictable and more intense? And what can we do to prepare, survive and adapt into the future?

Big Weather (and how to survive it) is a dynamic and emotional series showcasing nature at its most destructive and spectacular. Fusing tales of tragedy and triumph with practical tips and survival scenarios, Big Weather brings the lived experience of an historic summer into every living room, to help communities adapt, survive and thrive in the new era of climate extremes. 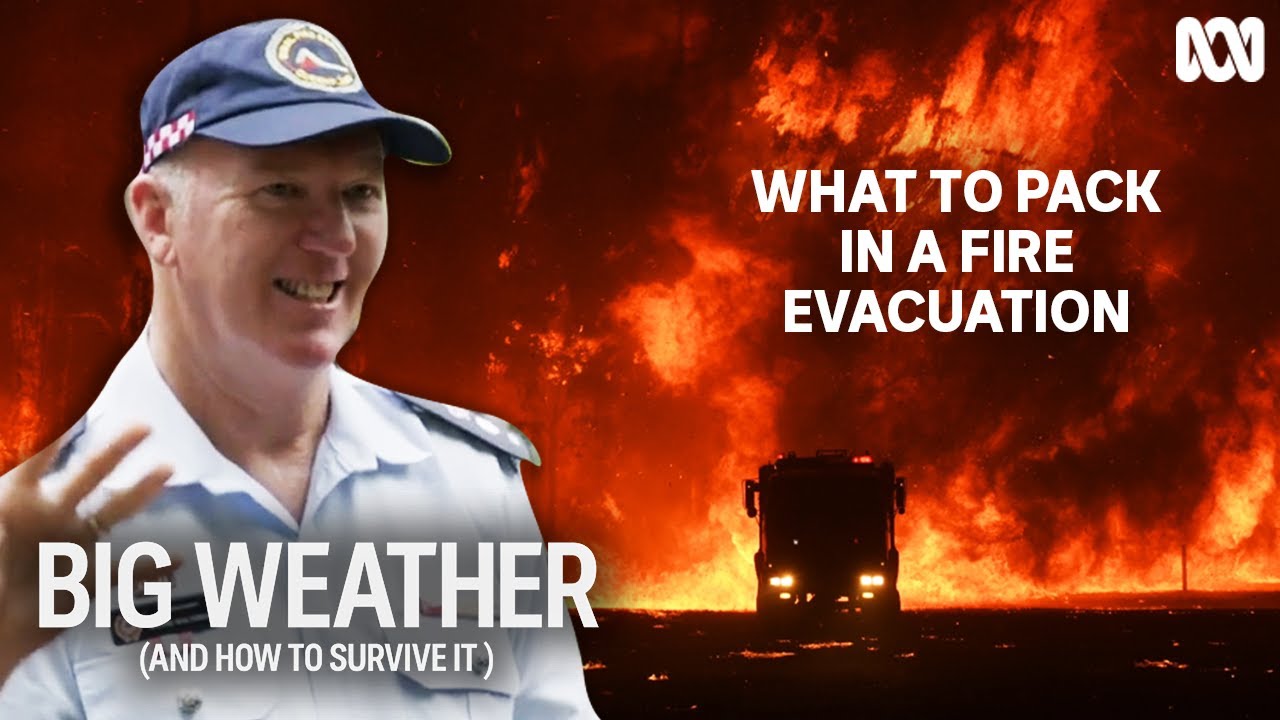 With a record-breaking start to the season, Craig joins fire chiefs and emergency commissioners in Tasmania as they plan for the ominous summer ahead. With the prospect of months ahead without rain, fires breaking out in the rainforests of South East Queensland are a sign of things to come.Craig checks the readiness of communities by putting their bushfire plans to the test. Just how prepared are we?
Temperatures in Sydney’s west reach 47°C and sweltering students decide to put citizen science into action to cool their school and plot a strategy to see a nationwide rollout for their devised solutions.

As fire explodes across the country, towns are cut off and highways close. Australia experiences the largest peacetime evacuation in its history.

Craig learns what’s required to become a volunteer firefighter as he undertakes training before heading to the firefront in Gippsland, Victoria. Although some people lose everything, Craig meets others who have been miraculously spared. He also learns that that whilst these extraordinary events were unprecedented in nature, they weren’t unpredicted.

When a military helicopter accidently sparks a wildfire known as “The Monster” in the ACT, Craig heads to the small town of Michelago as residents prepare to either leave, or stay and defend. What happens next will result in the ACT’s worst environmental disaster.

After three years of brutal drought, the hottest summer on record and a devastating fire season, Australia’s east coast is hit by a severe low trough. In this final episode, Craig finds himself facing floodwaters as two months of rain falls in just two days in Sydney, the heaviest rainfall experienced in 20 years.

Craig is put to the test as he learns how to escape from a sinking car and through virtual reality, watches Parramatta disappear under rising waters.

From every extreme weather disaster comes tales of resilience. As the violent summer draws to a close, Craig finds consolation in the positive actions of others. He visits inspiring communities who have not only survived disaster but found innovative ways to mitigate against future catastrophe.