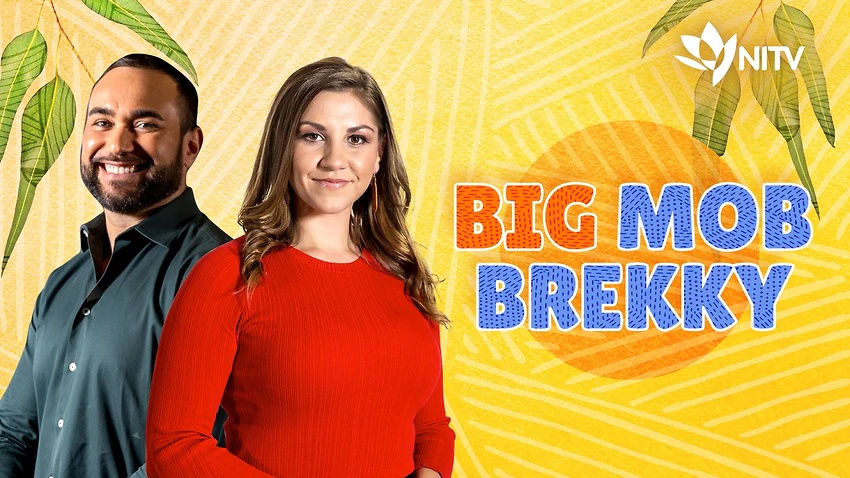 On Monday 9 November, NITV will be serving up something never-before-seen on Australian television screens with the premiere of the first all-Indigenous breakfast show, Big Mob Brekky, that will air at 7:30 am every weekday morning during NAIDOC Week.

Hosts Shahni Wellington and Ryan Liddle will be joined by a stellar line up of special guests including live crosses to First Nations Media Australia partners across the country for laughs and all the latest in news and entertainment. The program will feature segments including wellness. comedy, cooking, sport, community call-outs and live performances.

Some caps from today

As part of NAIDOC Week

From Monday 5 July, Shahni Wellington and Ryan Liddle will be returning to helm Big Mob Brekky , Australia’s only all-Indigenous television breakfast program. Last year, the program broke new ground in Australian TV, and this year it will return to NITV and SBS at 7:30am each weekday of NAIDOC week. Audiences can look forward to big laughs, big news stories and big yarns. Viewers can catch up on SBS VICELAND at 12:00pm as well as on SBS On Demand

Its good that SBS and NITV did this show again. Even if its only for NAIDOC Week.

@TV.Cynic or others - did this rate this week ? If data pops up. I know it can’t compete against Sunrise, Today and ABC Breakfast. But hope an increase compared to “international news” is a bonus.

@TV.Cynic or others - did this rate this week ? If data pops up. I know it can’t compete against Sunrise, Today and ABC Breakfast. But hope an increase compared to “international news” is a bonus.

Did not rate at all.

It's been 2 week-long steps into Live breakfast TV. Now NITV is working towards a regular offer for Indigenous Australians.

Interesting timing for this article as I was actually just thinking about this the other day, and without delving too much down into a mock programming hole, I wondered if a Indigenous brekky show could work as a collaboration between NITV and 10?

They have history of working together before on simulcasting The Sunrise Ceremony, they co-commissioned The First Inventors (yet to commence production) and Narelda is now appearing on The Point which is available to catch-up on 10 play.

They could combine news gathering and production resources to produce the daily breakfast program and share the cost of producing said show, since this alone will be one of the biggest hurdles for either network to overcome if they were to go it alone in such a venture - of which 10 has had no success in in recent years trying to (poorly) copy the competition.

Since Shahni has now moved on to the ABC, I’d suggest they could get Narelda front and centre for this program as she is already working between both broadcasters and Studio 10 could fill the newsreader vacancy between Tash Exelby & Daniel Doody. More than likely they would also need to find a more permanent solution for Perth news too.

Turning Big Mob Brekky into a fulltime thing would be great for NITV. While not everyone’s cup of tea, a breakfast show might even have the potential to result in an increase in ratings (slowly over time, but still…) for the channel.

In the very highly unlikely chance that Ten ever re-enter the breakfast TV market, it should be with a more mainstream program that appeals to commercial TV audiences who are sick and tired of the “Cash Cow” type competitions, weeks of OBs (well pre-pandemic anyway) and cross promotion/product placement that infests Sunrise & Today these days. 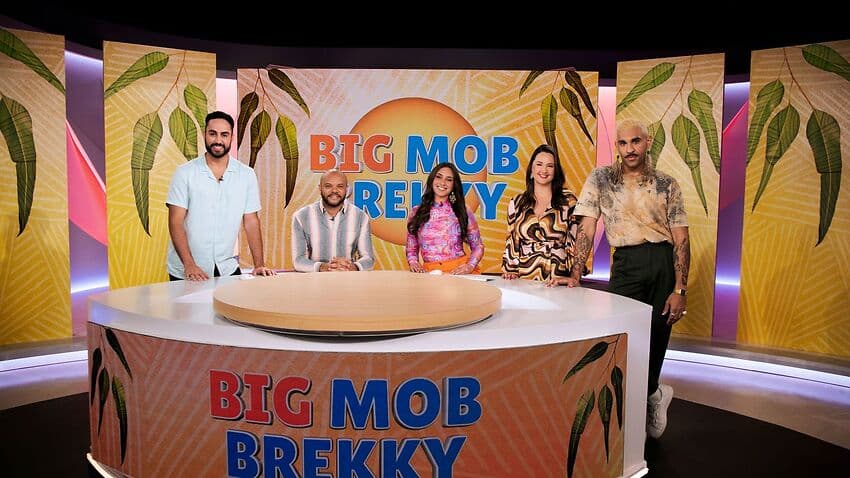 Wonder what set that is? For SBS Sport? I thought they usually came from the SBS World News set previously, looks really good from the caps.