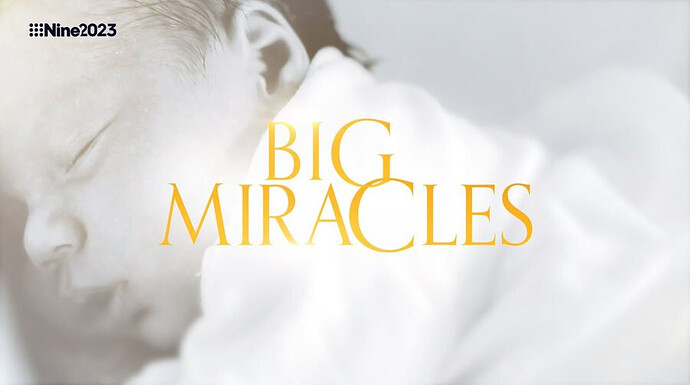 Big Miracles is a groundbreaking new series filled with pure hope, in the name of love, about the most emotional human experience of all: trying to have children. Starting a family is one of life’s most important milestones. But what happens when pregnancy seems impossible? In Big Miracles we track an emotionally powerful journey as 10 brave and determined individuals and couples try to fall pregnant when the odds are stacked against them. We also witness the miracle work of doctors, nurses and scientists trying to make their dreams come true. It’s a remarkable story of hope, heartache, and triumph. Big Miracles is produced by Ronde Media for the 9Network. 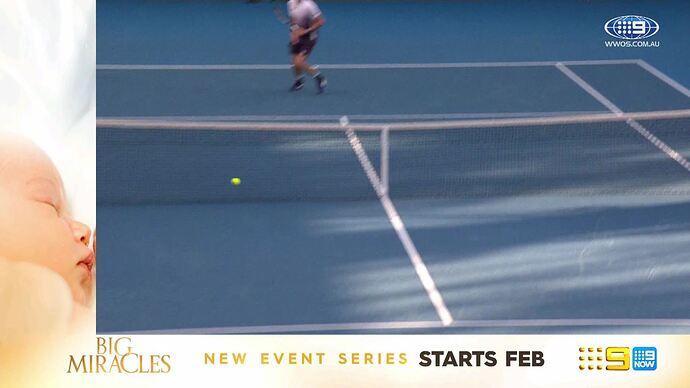 Australia’s hearts will be captivated in this new series filled with hope about the most emotional human experience of all – trying to have children – when Big Miracles premieres on Monday, February 6, at 9.00pm on Channel 9 and 9Now.

Starting a family is one of life’s greatest milestones and the utmost dream for many, but what happens when that dream seems impossible?

Lisa McCune, one of Australia’s most popular and successful screen and theatre actress, narrates this heartfelt series about the ultimate quest to create new life.

Big Miracles takes us on an intimate, emotionally powerful journey. We follow 10 brave and determined Australian couples and individuals as they navigate the raw and emotional road of trying to fall pregnant against overwhelming odds, through IVF and other fertility treatments.

We also witness the miraculous work of dedicated doctors, nurses and scientists committed to making their baby dreams come true.

Each year, a staggering one in six Australians will experience infertility. From women with endometriosis to men with low sperm counts or same sex couples that rely on surrogacy. Today more than ever before people are seeking the help of highly skilled fertility specialists to start a family.

While the specialists rely on cutting-edge science and technology to turn pregnancy dreams into reality, these couples and individuals must rely on hope and pure determination as they go through a physical, emotional and financial rollercoaster ride to parenthood.

Get ready to have your heartstrings pulled in this remarkable series of hope, heartache and triumph.

Big Miracles is produced by Ronde Media for the 9Network.

@Channel9
These salt of the earth country cops wont give up on their dream 👶 #BigMiracles starts Feb 6 on @Channel9 and @9Now! https://t.co/H2Nk4zmCuz

Australia’s hearts will be captivated in this new series filled with hope about the most emotional human experience of all - trying to have children - when Big Miracles premieres on Monday, February 6, at 9.00pm AEDT on Channel 9 and 9Now.

Lisa McCune is one of Australia’s most popular and successful screen and theatre actors, earning an impressive collection of awards celebrating her performances, including four Gold Logies for Most Popular Personality on Australian television.

Lisa recently starred on stage in the lead role of Elizabeth Laine in Conor McPherson’s Girl From The North Country.

Early in her career, Lisa landed the role of Maggie Doyle in the police drama, Blue Heelers, which went on to become on the most popular and enduring programs on Australian television leading Lisa to become a household name.

Since then, Lisa went on to multiple television and film roles including comedy series How To Stay Married, It’s A Date with Peter Helliar, drama Reef Doctors, Josh Lawson’s feature The Little Death, and more.

On-stage, Lisa has starred as Maria in the Gordon Frost production of The Sound Of Music, followed by her Green Room Award-winning performance as Sally Bowles in Cabaret as well as many other productions.

Lisa McCune will narrate the series of Big Miracles.

Courtney (32) and husband Woody (42) live in Sydney’s Gymea Bay. Courtney is a nanny, and Woody a skydiving instructor. They’re free spirited with a passion for adventure and travel.

Courtney is extremely vibrant with a magnetic charm. She wears her heart on her sleeve, and while the rollercoaster of fertility treatment sees her swing from joy to despair, she has unwavering hope.

Woody, an English expat, is the polar opposite. He’s measured and calm, but with a quirky sense of humour.

The couple are madly in love and their chemistry is palpable. They met six years ago in the Swiss Alps. Courtney was backpacking and happened to get Woody as her skydiving instructor. It was love at first sight.

While they have been trying to conceive for the last two years, motherhood is something Courtney has always longed for. But Courtney has irregular periods and fails to ovulate. The couple are trying a less invasive type of fertility treatment called ‘ovulation induction’. This means Courtney takes medication to stimulate her ovulation so that Woody and her can try to conceive naturally.

Amelia (35) and husband Andrew (44) have been together for ten years and trying for kids for five years.

Both career minded, Andrew is a sales executive for a telecommunications company and Amelia is a marketing executive for a large supermarket chain. They live comfortably in Sydney’s south-west. The only thing missing is a baby.

Amelia and Andrew both come from big European families, and with most of their family and friends having kids around, they feel like they have been left behind.

When their initial fertility tests produced no apparent reason for struggles, the couple kept trying naturally. However after around five years of constant disappointment, they were desperate for answers and sought the help of reproductive endocrinologist, Dr. Manny Mangat. It was then Dr. Manny discovered Andrew had low sperm mobility, which saw the couple’s need to move to full IVF treatment.

Ryan is a police officer and Aimee works in police admin. They both work at the same station.

Aimee suffers from low egg count. On average, most women her age produce around 8-15 eggs per month, however Aimee produces around 3-6.

Their treatment is made much harder because of the lack of fertility treatment services in country NSW. For a simple blood test, it’s a six hour round trip to Dubbo. For more extensive IVF treatments they must make the gruelling 16-hour round trip to Sydney, which means days off work, hotel stays and the stress and anxiety of not knowing how long they’ll need to keep this up for.

Sheila (45) and Tyson (46) met and fell in love only recently. They got engaged after only four months together. Their whirlwind romance has been driven by Sheila’s intense desire to have a baby. However, they’re faced with the most difficult fertility challenge, Sheila’s biological clock.

Sheila is an ex-corporate high flyer who had a career change at the age of 38. She’s now a motivational speaker, life coach and author. She is extremely determined and manifests success in all that she does.

Tyson, a personal trainer, is a positive and affectionate partner and is besotted with Sheila.

At the outset of their fertility journey, Sheila has 11 frozen eggs from when she was 38 years old. This instils the couple with optimism for their road ahead.

Samantha (34) and husband Jason (37) are from Western Sydney.

The couple already have a 7 month old daughter, Georgia, and they’re desperate to give her a sibling. Both Sam and Jason come from big families.

Sam and Jason’s IVF journey is time critical. Sam recently had surgery to reduce the effects of severe endometriosis, but the relief is temporary. Her optimum window of opportunity to fall pregnant is in the next few months.

Throughout their fertility journey, Sam and Jason experience absolute joy and heart-breaking disappointment.

They have always wanted kids, but as a same sex couple they never really thought it would be possible until recently. Now they’re desperate to start a family through surrogacy.

It’s a team effort - donor eggs from Adam’s sister Corrine, combined with Angus’ sperm, as well as surrogate mother Kate, who they found on Facebook!

Surrogate Kate (42) and her husband Daniel are an exceptional couple who are passionate about raising kids. They have five teenage kids of their own, and have also fostered another 30 children over years.

Everyone is committed to making ‘the village’ work.

Katrina (32) is an aged care worker and cancer survivor. She and her husband Steve (36), an electrician, live in the outer suburbs of Melbourne and have been together for nine years.

At 26 years old, Katrina was diagnosed with Stage 3 bowel cancer. She had intensive chemotherapy and major surgeries, removing tumours and also her ovaries. She was lucky to survive and go into full remission.

Doctors froze Katrina’s ovarian tissue, and recently she has had a revolutionary surgical procedure called an ‘ovarian tissue graft’. Doctors implanted ovarian tissue into her abdomen, and with the help of medication, Katrina can once again produce eggs.

It’s a miraculous fertility method that has produced around 200 babies worldwide and nine in Australia.

However, Katrina’s chances of success are low due to the small number of eggs she produces each month. She has been through a massive 11 rounds of IVF, but isn’t giving up on her dream to become a mum. 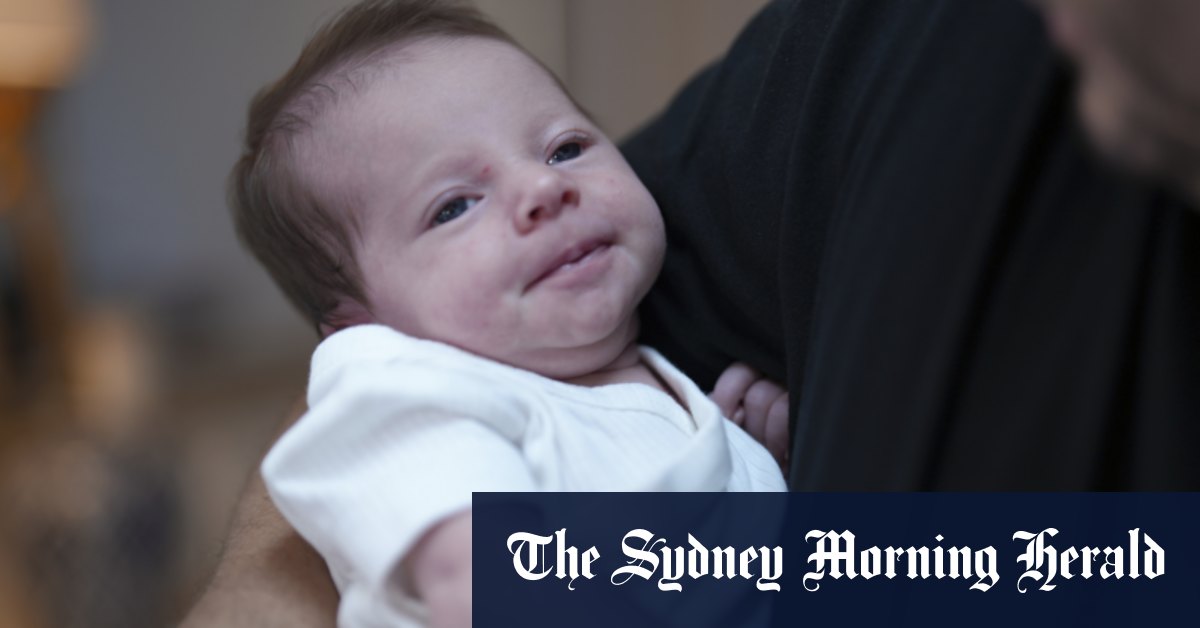 Lisa McCune on Big Miracles: ‘Every episode I’ve had a bit of a cry’

Narrating the series about couples trying to have a baby, the four-time Gold Logie winner can’t help getting wrapped up in their stories 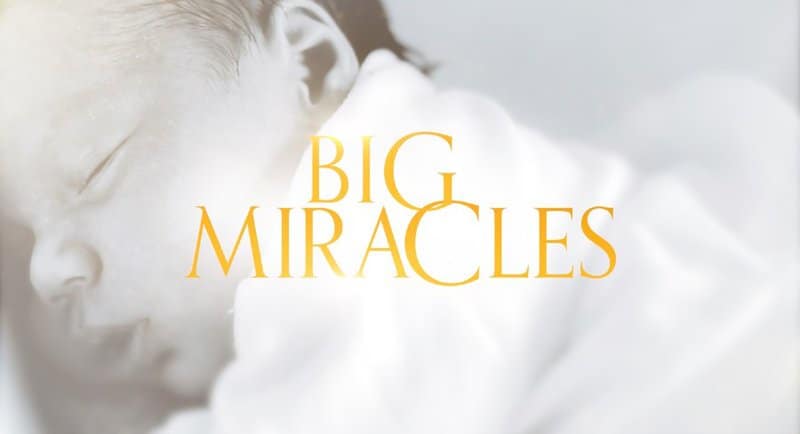 "Honest portrayals": Bringing infertility into the spotlight on Big Miracles

Big Miracles follows people going through IVF as they experience the highs and lows of trying to fall pregnant.