Personally I disagree. I love that Danny is gone, I couldn’t bare to watch him again. Jessika is fantastic TV, I love Imogen and Luke, Ellie and Josh are there to play and the only duds are Dayne and Thomas.

Second chance for Ellie and Dayne

Can they work their way out of the gym and back into the game?

Tonight on Big Brother VIP , the power balance of the Big Brother Hotel shifted following Bernie’s shock eviction, leaving the VIPs on edge and new alliances up for grabs.

Out for revenge for always nominating him as the safe vote, Josh set his sights squarely on Ellie.

Big Brother’s next 24-hour shopping task had the housemates working in teams of two, catching letters shot out of a post box in the backyard. Every letter caught added $20 to their shopping budget.

While the housemates became exhausted manning the mailbox around the clock, Big Brother gave Jessika a secret mission – food rewards after each shift if she didn’t catch the letters. Allowed to enlist another housemate, Jessika chose Imogen, and together the pair secretly failed the task in exchange for delicious food and wine. Despite Jessika and Imogen’s spectacular failures, the VIP’s scored $460 to add to their food budget.

After the nomination challenge was announced, Ellie hatched a plan to make the boys turn against each other, telling Josh and Luke that Dayne was coming for them. Similarly, she told Dayne that Josh was coming after him. However, the boys quickly realised she was up to something.

Jessika claimed her first victory in the nomination challenge and made the massive call to nominate Ellie, along with Dayne and Thomas.

Initially shocked and angered by her eviction nomination, Ellie regained her composure and switched into battle mode, pushing the votes onto Dayne. Unfortunately for Ellie, Luke was one step ahead of her, locking in an epic blindside.

In the Eviction Room, everyone pitched hard, but Ellie’s fate was sealed as she landed all the votes. Then, in a surprise twist, Big Brother announced a double eviction with Dayne also sent packing.

As Dayne and Ellie headed to the exit, Big Brother announced their time in the Hotel was not yet over, explaining they would head to Big Brother’s hotel gym to work for their opportunity to get back in the game.

Tomorrow night on Big Brother VIP : Big Brother turns up the heat as Ellie and Dayne work out how to get revenge. Plus, don’t miss the biggest celebrity meltdown in Big Brother history.

Power player Ellie is back in the game

Tonight on Big Brother VIP , as Ellie and Dayne bunkered down in Big Brother’s gym plotting their revenge, Big Brother announced an emergency evacuation, locking all the housemates in the backyard and replacing their VIP privileges with basic rations and sleeping bags.

After a hellish night sleeping outside, where Big Brother toyed with their sanity by blasting car alarm and helicopter noises, the VIPs woke early to find their status had been revoked.

One by one the housemates were forced to plead their case to Big Brother to have their VIP status reinstated, with some stories taking an emotional turn; Luke shed tears recalling how Australian audiences backed him after Australian Survivor , Imogen revealed her insecurities about being a VIP and Jessika spoke about how her life was turned upside down after Married at First Sight.

All housemates eventually had their VIP status restored and were welcomed back into the Big Brother Hotel, where Big Brother surprised them with a seafood dinner to celebrate their position in the top five.

The celebrations were short-lived as Big Brother dropped a bombshell, revealing that Ellie and Dayne were still in the hotel and had a chance to return to the game the following day. On hearing the news, Imogen and Jess launched into a rampage.

Back in the Hotel, Ellie clicked into survival mode, pitching hard while Dayne took a relaxed approach believing his position was safe – a fatal error which saw him sent home by the difference of a single vote.

Tomorrow night on Big Brother VIP : The cross, the double cross and for the first time, the triple cross! The VIPs will not know what’s hit them.

Anyone still cares for this show? Franchise low last night and no one really has any sympathies for it (and rightly so).

Hope when this ends we won’t ever see this version of it again.

Another night with low ratings

Franchise low result last night. Unlike some shows that get low total people shows that manage to rank ok in the demos this version of Big Brother ranked very badly there as well.

Shocking result in demos for Big Brother - below 10 News 6pm

It’s shows like this and I’m a Celebrity where you get an insight into people when without them, you never would have.

My problem is that I barely know anyone on this cast enough to want to know more about them. I’d probably be more interested in the stories of everyday people. Caitlyn Jenner was good but otherwise most of the remaining contestants are the very bottom of the celebrity barrel that I couldn’t care less. There is nobody really that exciting left in there.

It’s kinda boring now, the HM left are not interesting enough to sustain the rest of the series.

Yet they keep stretching it out with twists for extra episodes as well. They need to speed it up.

Voting for BB: VIP final will open in Monday night’s episode and close a day later.

I think the finale was pre-recorded due to some housemates being based in the US. The easing of crowd capacity restrictions in NSW would have allowed a live finale in Sydney next Tuesday night.

Hold up. Monday would have to be a double eviction, as there are currently 5 housemates and 3 by the end.

I like it more than BB2020 and BB2021. There was more conversations and some actual conflict.

I found on my Apple TV if i exit the show as an ad break comes on and then start the show again and press resume it changes to about 1 min of ads.

Ellie, Luke and Josh to battle it out in the Grand Final

Game over for besties Jessika and Imogen 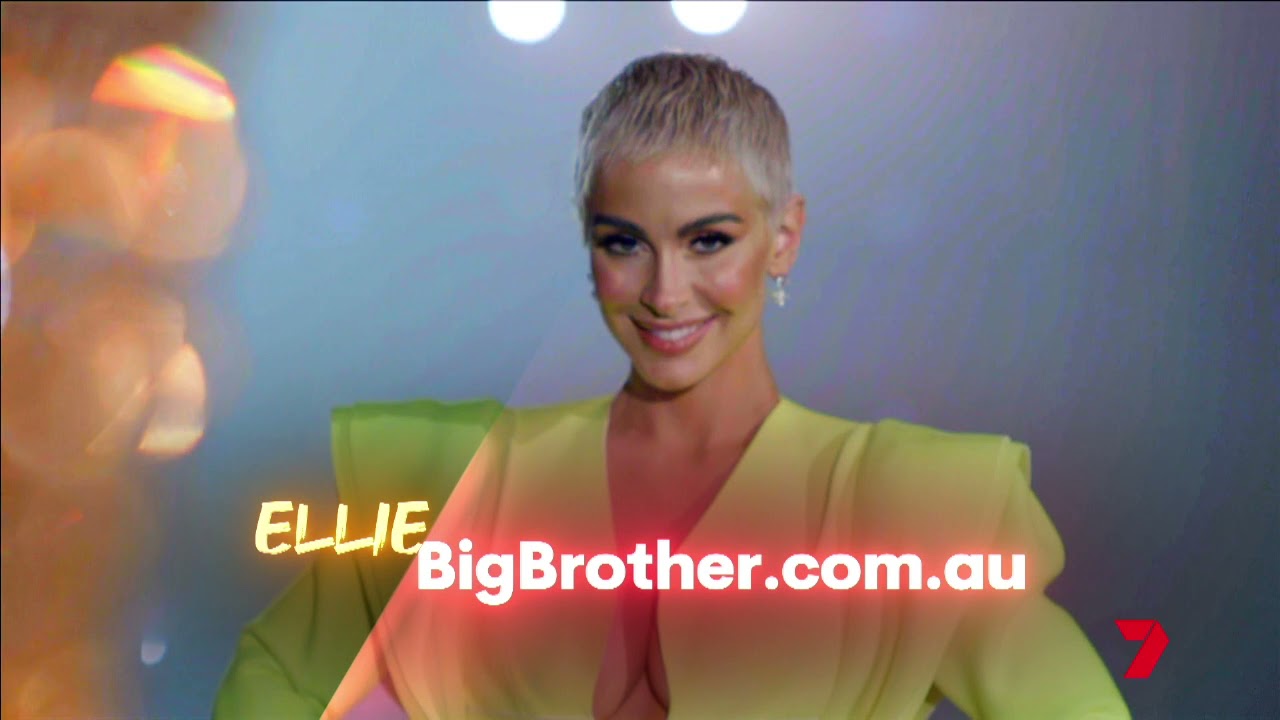 Tonight on Big Brother VIP , Ellie, Luke and Josh took their alliance to the end, claiming their fiercely contested place in Tuesday night’s Grand Final after the eviction of best mates Jessika and Imogen.

Tomorrow night, Australia will decide who will wear the Big Brother VIP crown and take home $100,000 for their chosen charity. As always, Big Brother will have a few twists and turns on the menu before they check out.

On the penultimate day in the Big Brother Hotel, Ellie, Luke, Josh, Jessika and Imogen headed to the basement for their second last challenge. Ellie proved to be a queen, completing the challenge in less than five minutes.

Upon returning to the hotel, Ellie nominated Jessika and Imogen, exacting sweet revenge for their previous blindside and their less than welcoming reaction to hearing Ellie was back in the game.

Jessika swung into action trying to get support from Josh and Luke, while Imogen had an epiphany about what the Big Brother experience has meant to her. Tired of always coming in second and being in someone’s shadow, she mustered up the courage to scramble hard. She made an emotional pitch to both Luke and Josh. It worked and Jessika was evicted.

The final four celebrated their place in the competition with an Italian feast and Imogen took the opportunity to make amends, she apologised to Ellie and the girls made up.

The next morning the housemates attacked their final challenge, with Josh securing the win and the power to decide which housemate would go home, as well as who he would take to the Grand Final with him.

A very emotional Imogen showed her vulnerability again, pleading with Josh based on self-growth and self-worth. Despite his alliance with Luke, Luke was worried, and desperate to break his reality show curse.

In the Eviction Room, Josh was torn, admitting it would make sense to send Ellie or Luke home. But true to his word, he chose to send Imogen home, taking Ellie and Luke to the Grand Final with him.

On leaving the Big Brother VIP hotel, an emotional Imogen said, “ I never thought I would make it this far. I did not expect to be so transformed by this experience, it’s definitely given me my spark back… and I feel like doing that, I can do almost anything. I am excited for things ahead. I am not just someone’s ex, I am me, I am Immy, I am Imogen.”

Tomorrow night on Big Brother VIP : You decide who wins Big Brother’s game. Will it be Luke, Josh or Ellie? The winner will take home $100,000 for their charity and the title of Big Brother VIP . Their fate is in your hands. Vote now bigbrother.com.au

The way that they are completely faking that there is a big crowd there just seems silly. Even having the contestants coming out and waving to them is so unecessary. They should’ve just had Sonia come into the house to interview them.

Is it supposed to be live? Seems to be edited too tightly to be live.

This is one of the weirdest grand finale of a reality show that I have ever watched. I understand that production has to be adjusted to adapt to the pandemic but the atmosphere is just so awkward. I feel weird watching it 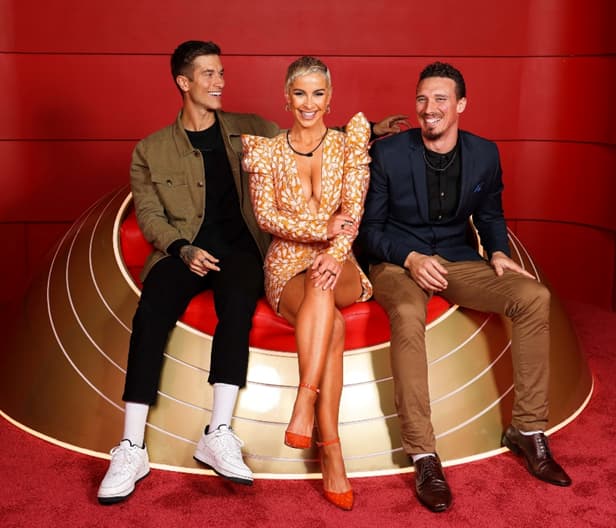 After an unforgettable season of bombshells, twists, tears and drama, tonight Luke Toki was crowned winner of Big Brother VIP with $100,000 awarded to his nominated charity, the Perth Children’s Hospital.

Australian Survivor favourite and Perth father of three Luke was relieved to have broken his fourth-place curse, exclaiming after tasting victory for the first time, “I’m so happy. I cannot believe it!”

When asked by host Sonia Kruger what winning meant to him, Luke said, “Well, it means I get to go home to Lennox and tell him that Dad won! Luke was also thrilled to give back to the cystic fibrosis unit at the Perth Children’s hospital who treated his daughter and supported his family. “It’s so great that I get to go back to Perth Children’s Hospital now, pretty much go back with a big stack of cash, $110,000!” he said, after winning an extra $10,000 for his charity during the last challenge for the series.

Luke also expressed his gratitude for supporters who voted for him, saying, “This one is for you. I’ve finally done it. I’ve won something. Thank you to everyone that has supported me…I will remember this moment forever… love you guys!”

It was not live, they filmed 3 different winner endings.

That makes sense. I should’ve realised that myself!