###beIN SPORTS kicks off on Foxtel this weekend

In the wake of Foxtel and beIN Media Group’s partnership announcement in March, Foxtel today announced the three new HD beIN SPORTS channels (beIN SPORTS 1, 2 and 3) will arrive a day early with Foxtel sports subscribers having access to the exciting sports programming from beIN starting this Saturday May 14, 2016.

Today’s news comes just in time for football fans to enjoy the thrilling climax to the 2016 La Liga title race with first-placed Barcelona up against Granada on Sunday May 15 with live studio coverage from 00:00am AEST (beIN 2) and Real Madrid, a point behind in second, taking on Deportivo La Coruna at the same time (beIN 3) in two matches that will decide which team is crowned champion.

Also airing this weekend is the European Rugby Champions Cup final between Racing 92 and Saracens, which kicks off with live studio on Sunday May 15 at 01:00am AEST (beIN 1).

Foxtel’s three new beIN SPORTS channels are available in High Definition* and come as part of a Foxtel Sports Pack subscription at no additional costs to the Sports Pack.

beIN SPORTS will also broadcast all 51 games of UEFA EURO 2016 LIVE and in HD from Saturday June 11 along with unprecedented coverage of the best European Football including Serie A, Ligue 1 and Bundesliga, and South American football including the South American FIFA World Cup Qualifiers, Brazilian Serie A and Sao Paulo Championship.

beIN SPORTS is also the home of European Rugby Union with the European Rugby Champions Cup, and the Six Nations tournament LIVE and in HD as well as selected games from The Wallabies and All Blacks Spring Tour in November 2016, featuring games against Wales, Scotland and Ireland LIVE and in HD.

The addition of the beIN channels will significantly increase live sport available to subscribers, further cementing Foxtel’s commitment to delivering the best live sport from Australia and around the world.

The new sports channels^ will also be available to stream via Foxtel Go and Foxtel Play, giving sports subscribers the flexibility to enjoy the service anytime, anywhere. 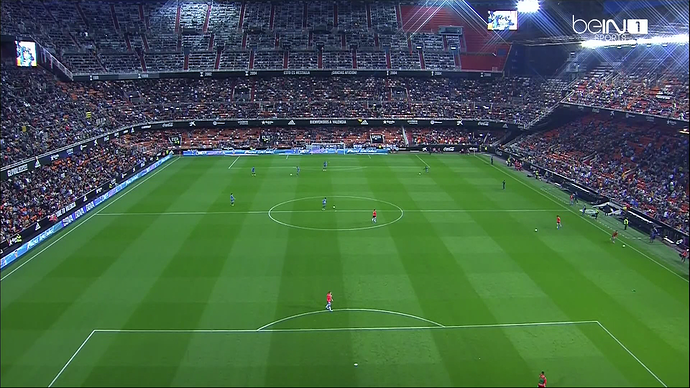 The Foxtel Go Streams of beIN Sports looks better than the other streams (even Fox Sports). It looks almost HD to me. 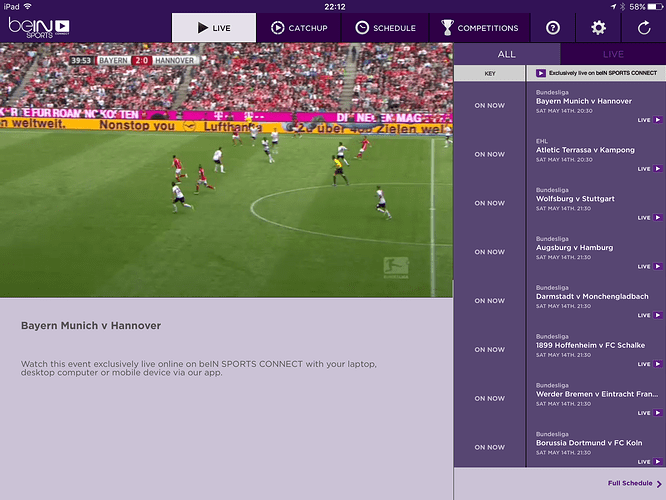 beIN Sports has signed a deal to broadcast all 21 WTA tour events in five countries including Australia starting next year. Huge boost for tennis fans after beIN was added to the sports package last weekend.

Good to see we are finally getting full coverage of women’s tennis. Fox Sports only show limited coverage from the quarter finals onwards.

Fantastic news, we’ll hopefully get decent coverage from the start of the week, I can still see it being shafted for soccer on the weekends but it did on Fox anyways.

Wouldn’t say Australian WTA events could be on both BEIN and Seven, probably would have it in the contract that they can’t show the Aussie ones.

No upcomming programing from Bundesliga, Serie A and MLS on BeIN Sports 2 the same as BeIN Sports 2 NZ. So it looks like with the launch of BeIN Sports on Sky NZ. BeIN Sports 2 is now a shared channel and restricted to rights hold in both Australia and NZ.

The Wallabies’ Spring Tour of Europe starts this weekend with the match against Wales in Cardiff. The tests against Wales, Scotland and Ireland will all be shown live on BeIN Sports 3. The broadcaster for France v Australia and England v Australia is yet to be confirmed but I think they will be on Fox Sports.

This is great news and one my partner will be excited for, me not so much.

The broadcaster for France v Australia and England v Australia is yet to be confirmed but I think they will be on Fox Sports.

It seems not. Peter FitzSimons writes that BeIN Sports bought the pay television rights to the Wallabies tour outbiding Fox Sports but they have no current plans to broadcast the France and England games. Why the Wallabies aren't on TV

"The TV business," Hunter S Thompson once famously wrote, "is uglier than most things. It is normally perceived as some kind of cruel and shallow money trench through the heart of the journalism industry, a long plastic hallway where thieves and...

There will probably be an 11th hour deal, but Rugby is in serious decline in this country. Really needs an overhaul.

Foxtel can only show Scotland, Wales and Ireland home internationals this year. Huge step back from previous years.

I see BeIN expanding its portfolio beyond football and rugby by picking up the rights to the Davis Cup and Fed Cup tennis.

Sunday’s FA Community Shield between Chelsea and Arsenal has been brought forward one hour to 2pm BST (11pm AEST) kick off so it won’t clash with UEFA Women’s Championship final. It will be shown live on beIN Sports 1.