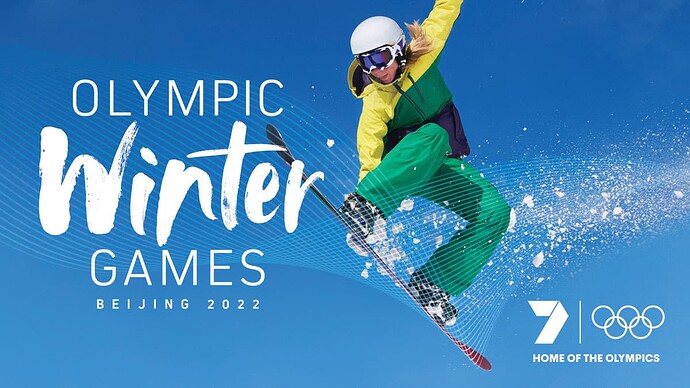 With only 50 days to go, excitement is building ahead of the Olympic Winter Games Beijing 2022. The only place Australians can witness all the thrills and spills when the Games commence on 4 February is on Seven and 7plus, Australia’s Home of the Winter Olympics.

With the recent Olympic and Paralympic Games Tokyo 2020 watched by more than 20 million viewers across 17 days, Australia and the world will reunite again to relish the adrenaline-pumping heights and sheer beauty of the Olympic Winter Games, featuring an impressive line-up of homegrown athletes with excellent medal chances.

Nothing brings Australians together for big cultural moments like an Olympic Games, Winter or Summer. Our Australian athletes and para athletes will once again be on the biggest stage competing with the world’s elite in the most spectacular setting of snow and ice.

Tokyo 2020 broke all viewing records and the Olympic Winter Games will break more records. There is simply no other event like it next year with a huge, unique and guaranteed prime time audience for brands to be part of across Channel 7, 7mate and 7plus. The smart brands choose to go where the audience will be and that place in 2022 will on Seven and 7plus on 4 February. Kurt Burnette, Seven’s Director of Olympics

Australia’s preparations are peaking at the right time, with medals won across World Cup championships all over Europe over last weekend.

Almost all were outdone by Aussie Curling duo Dean Hewitt and Tahli Gill, who created history by qualifying in the Mixed Doubles Event for the very first time since Curling became a full Olympic sport in 1998. The pair booked their spot when they defeated Korea in the final qualification tournament held in the Netherlands.

Don’t miss a minute of the action over 16 thrilling days of the Olympic Winter Games Beijing 2022, all live and free on Seven and 7plus.

Exactly 12 days after the Flame is extinguished, a new one will be lit, signalling the start of the Paralympic Winter Games. Seven will bring Australians exclusive free-to-air coverage, including live streaming on 7plus for the first time. 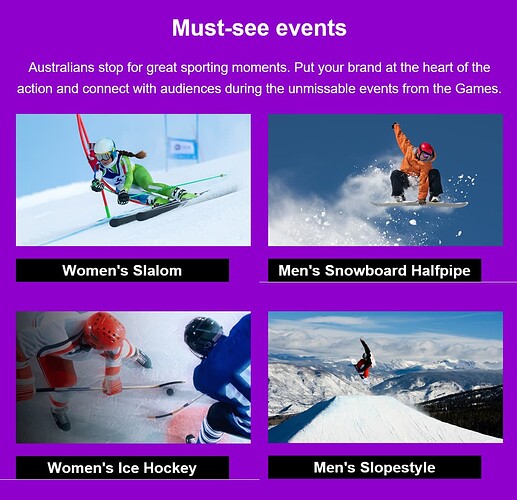 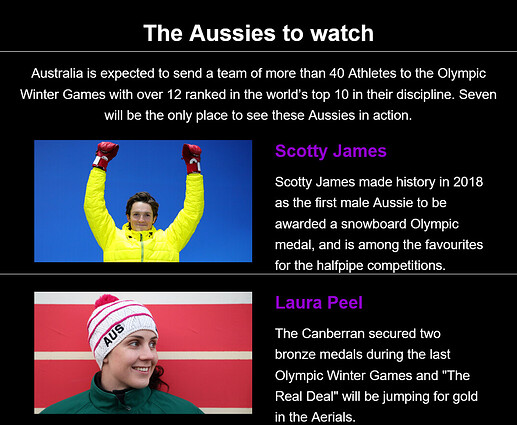 Jacqui Felgate will be going to Beijing to cover the games. 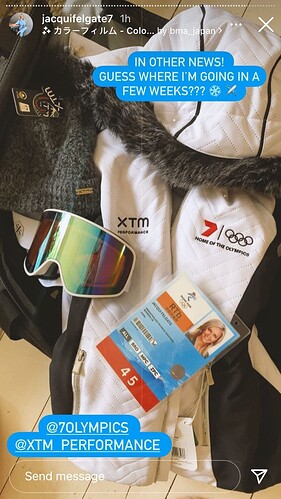 Other than Jaq, Hamish and Abbey. Is there any other announcements regarding presenters?

Do we also know any other reporters other jaq that will be on the ground.

You would assume that they would have to announce something soon considering the 21 day quarantine period. With less than 30 days until the games, it means that reporters and presenters will most likely have to leave within the next week

Wouldn’t be surprised if Emma Freedman was one of the presenters. 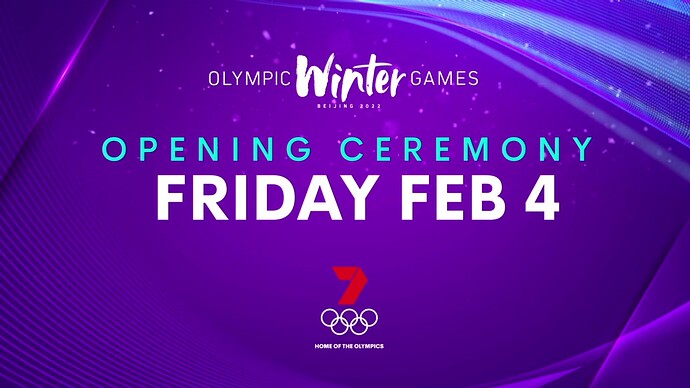 I’m going to guess 10.30pm AEDT as the Chinese don’t like starting before 7.30 and most of the East Coast is 3 hours behind.

Their version of that is also known as blatant propaganda lmao.

Having said that, their main 7pm bulletin takes priority over everything over there (even the events as it seems) so I doubt they would do anything to that and just move the opening ceremony around.

The other end of the desk?

Looks like Lydia Lassila will be joining the commentary team 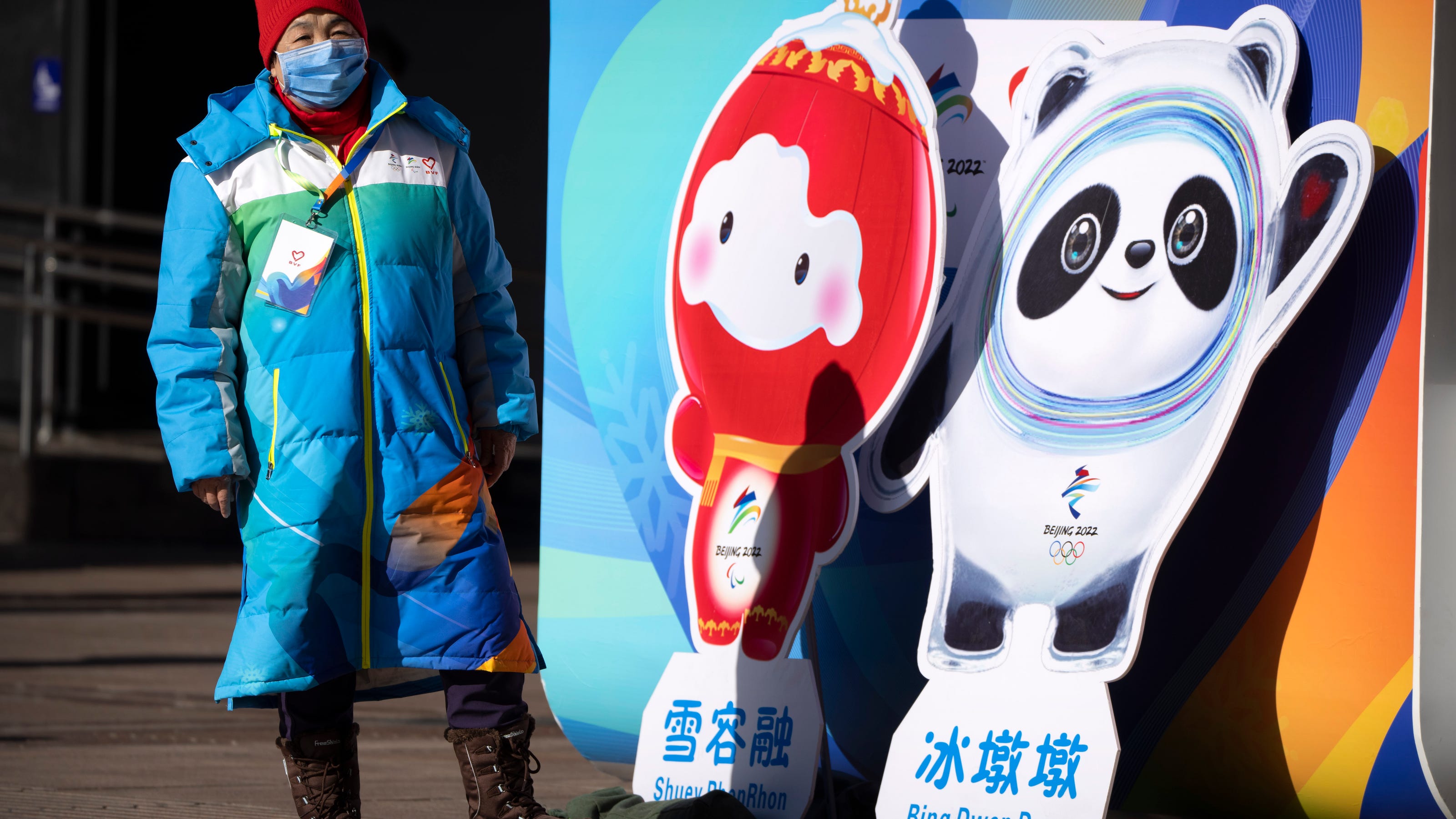 NBC's broadcasting teams for figure skating, Alpine skiing and snowboarding had been expected to be in Beijing. 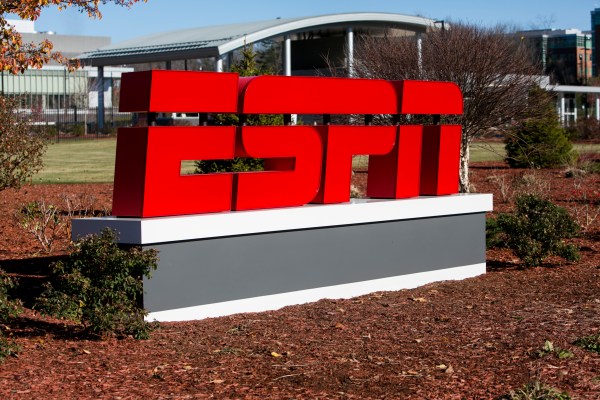 ESPN said Thursday that due to concerns over Covid and Covid-related restrictions that it will not send its news personnel to the Winter Olympics next month in Beijing. The news comes a day after r…

Jacqui Felgate will be going to Beijing to cover the games.

Jacqui is presenting sport on Seven News Melbourne tonight. Is she not going to Beijing?

Jacqui is presenting sport on Seven News Melbourne tonight. Is she not going to Beijing?

Bit late if she was going they have 3 weeks in hotel quarantine,Hence Mark Barretta left over 2weeks ago