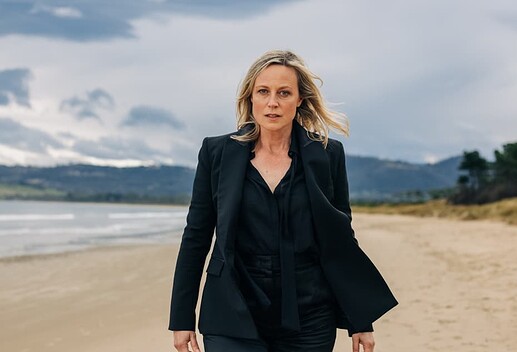 ABC and Screen Australia, along with investment partners Screen Tasmania, Film Victoria and Fremantle, are thrilled to announce the eight-part crime/thriller drama series Bay of Fires has been commissioned to be filmed in Tasmania in 2022.

The award-winning creative team will bring to life a drama series that is bold and surprising, often shocking, laced with dark humour and always unique.

Set in the wilds of Tasmania, Marta will play lead character Stella Heikkinen whose fall from grace is as spectacular as it is life threatening.

Betrayed by her own company and in immediate danger – single mother of two Stella has no option but to move her young family to the last place on earth anyone would expect. This town isn’t the kind of place they put on postcards, this is a tiny community rife with simmering feuds, crime and sometimes, murder.

ABC Head of Drama, Entertainment and Indigenous Sally Riley said, “ Marta has long been a favourite of ABC audiences so we are delighted to have the opportunity to support her in taking the leap into producing. Bay of Fires is a drama with heart, dark humour and unique characters that will take audiences into a world full of intrigue, truffle pigs and oh yeah, murder of necessity.”

Marta Dusseldorp, Co-creator, Producer and starring as Stella Heikkinen said: "The opportunity to collaborate and create an original Australian drama with the extraordinary Andrew Knight and Max Dann has been an amazing journey. Executive Producer Greg Sitch and Producer Yvonne Collins, along with Sally Riley, Louise Smith and the entire team at the ABC have been paramount to bringing Bay of Fires into being. My company Archipelago Productions partnering with Chris Oliver-Taylor at Fremantle is a natural fit and with Screen Tasmania, Screen Australia and Film Victoria’s belief and investment we are now preparing for production on the beautifully rugged West Coast of Tasmania in 2022.”

Chris Oliver-Taylor, CEO Asia Pacific Fremantle and Executive Producer, said: “Fremantle are delighted to partner with the amazing Marta Dusseldorp to bring Bay of Fires to ABC viewers. Marta, Andrew Knight and Max Dann’s vision to tell such a compelling, yet grounded story will no doubt resonate with local audiences here and internationally. I am thrilled that Fremantle are part of this world class series.”

Screen Australia’s Head of Content Sally Caplan said, “ Bay of Fires is a distinctive drama that is set to reshape the Tassie-noir genre with its dark humour and complex characters, zinging with sharp tongues. Along with a talented creative team, we’re also thrilled to support Marta Dusseldorp as she moves into producing, as well as starring in the series. This show will be one to look out for in 2023.”

Alex Sangston, Executive Manager Screen Tasmania said, “The Tasmanian Government through Screen Tasmania is thrilled to be supporting this landmark new series from Marta and her team. The series will also showcase Tasmania’s extraordinary West Coast landscape around the world, enabled by a generous regional and remote production grant. In addition, the Government’s investment will provide invaluable expenditure into regional Tasmania and jobs for our creatives, actors and crews.”

Film Victoria Chief Executive Officer Caroline Pitcher said, “We are always looking to back gripping and compelling drama to feed our audience’s hunger for great content. The delightfully dark crime thriller Bay of Fires will do exactly that, and we can’t wait to see local and global audiences alike devour this addictive new series.”

Filming will commence in Tasmania in mid-2022 and the series will air on ABC TV and ABC iview in 2023. Bay of Fires will be distributed by Fremantle International.

Production credit: Bay of Fires is an Archipelago Productions and Fremantle production for the ABC. Major production investment from Screen

David Anderson says Bay of Fires will showcase Tasmania to the world, and be an ABC hit drama. 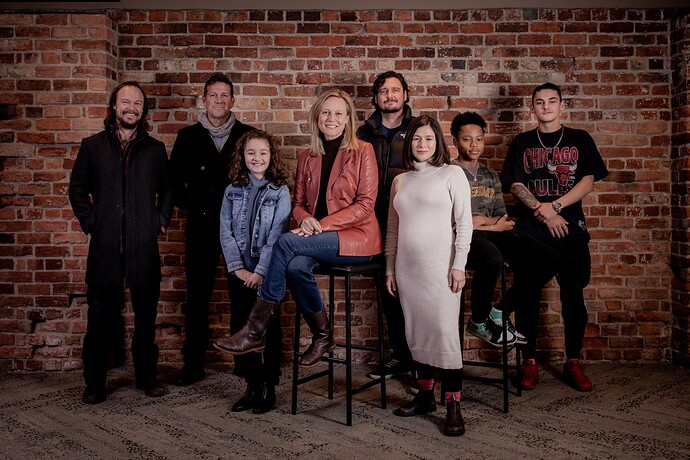 ABC’ s Head of Drama, Entertainment and Indigenous Sally Riley says, “Featuring a brilliant cast led by the multi-talented Marta Dusseldorp and the off-kilter humour of Andrew Knight, riveting storylines and filmed against the stunningly beautiful backdrop of Tasmania’s west coast, ABC audiences will be captivated by Bay of Fires .”

Showcasing Tasmania’s rugged west coast, Bay of Fires , tells the story of Stella Heikkinen (Marta Dusseldorp), a single mother of two, who finds herself in a small, remote community. But it’s not the kind of place they put on postcards – it is instead rife with simmering feuds, crime and sometimes, murder.

Co-creator and producer Marta Dusseldorp says, “I’m beyond thrilled to be bringing this series to life in my home state of Tasmania, the cast and creative team we have assembled are extraordinary and I look forward to producing a captivating and an original Tassie noir series.” 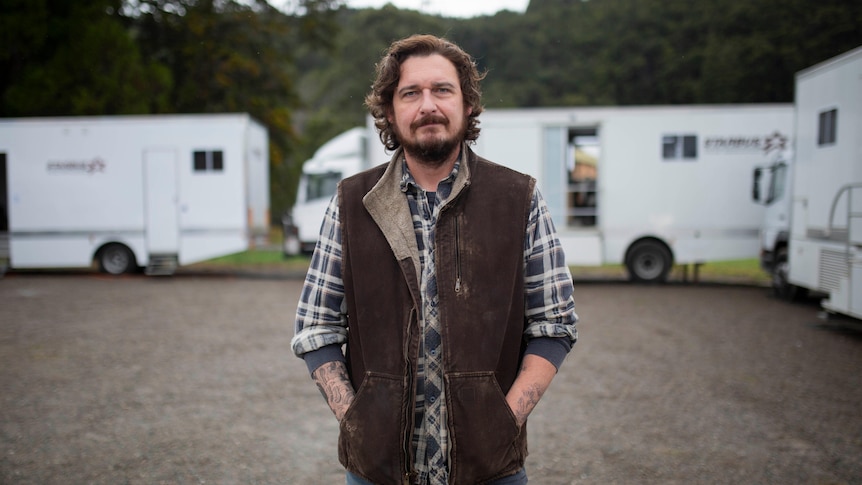 From treading the boards on Tasmanian stages as a teenager — via starring in hit television series in New York — actor Toby Leonard Moore is back in the state he used to call home.

Showcasing Tasmania’s rugged west coast, Bay of Fires, tells the story of Stella (Marta Dusseldorp), who is unexpectedly dropped into a small community with her children. But it’s not the kind of place they put on postcards – it is instead rife with simmering feuds, crime and sometimes, murder. 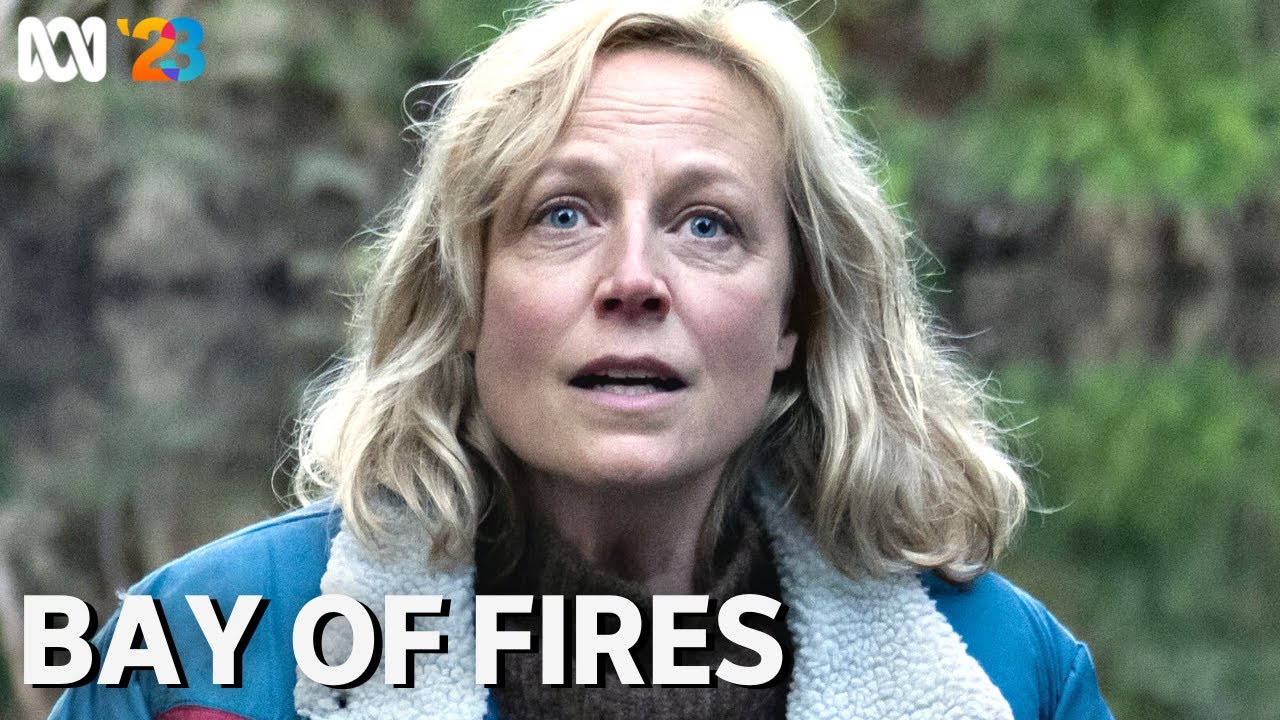