The nominees for the 50th Annual AWGIE Awards were announced this morning by the Australian Writers’ Guild.

Nominees include writers from Australian dramas Wentworth, The Wrong Girl, Seven Types of Ambiguity and Janet King, as well as comedies Rosehaven, Please Like Me and No Activity.

Celebrating its 50th anniversary in 2017, this year’s AWGIE Awards will be presented across 19 individual categories including feature film, television, documentary, theatre, animation and interactive media as well as the 2017 Lifetime Achievement Award. AWGIE recipients will be announced at the 50th Annual AWGIE Awards on Friday 25 August 2017 in Sydney.

DOCUMENTARY – PUBLIC BROADCAST OR EXHIBITION
Paris or the Bush: ‘The Story of the Cods’ – Wayne Groom with Carolyn Bilsborow
Streets of Your Town: Episode 2 – Sally Aitken
The Panther Within – Edoardo Crismani

Writers of The Dry, Nitram, Wakefield, The Great, New Gold Mountain, Cursed! and Here Out West among nominees for the 54th Annual AWGIE Awards

An outstanding field of Australian screen and stage writers have been nominated for the 54th Annual AWGIE Awards in a year that champions storytellers who have crafted works of strength, creativity and ambition. The nominations exemplify the excellence and range of Australian writers, with stories that speak to the complexity and richness of our past, alongside those that seek to understand our present, telling tales of our everyday heroes, our struggles and our joys.

Showcasing the exceptional craft of our top screenwriters, the television categories include Oscar-nominated Tony McNamara’s genre-bending The Great, which will go up against the critically-acclaimed Wakefield , Five Bedrooms and Wentworth . Stan’s delightful down under comedy A Sunburnt Christmas and SBS’s beautifully crafted New Gold Mountain , which tells the previously untold true story of Chinese miners during the Australian gold rush, will compete in the Telemovie and Miniseries category, while the battle between Home and Away and Neighbours resumes in Serial, with nominations for Andrew Gardner, Jessica Paine, Peter Mattessi and Jason Herbison.

The Comedy – Situation and Narrative category celebrates a raft of new works, with Kitty Flanagan’s award-winning Fisk up against Aftertaste , Why Are You Like This ? and Retrograde. In Sketch comedy, another season of blisteringly funny commentary from last year’s winners The Feed will vie with work by the Gruen team and Reputation Rehab .

In a strong year for children’s television, episodes of the summer splash hit Kangaroo Beach (Simon Dodd and Tristan Dodd), the international favourite Pocoyo (Lina Foti) and the curiosity-driven The Wonder Gang (Wendy Hanna) will compete for best preschool program. In Children’s C, Hardball (Amy Stewart) and The Gamers 2037 (Hannah Fitzpatrick) will contend with two episodes of The Strange Chores (John McGeachin and Luke Tierney), while last year’s Animation winner Space Nova dominates its category, with a nomination each for Melanie Alexander and John Armstrong.

Exceptional children’s programming also runs through the Documentary nominees, with Tim Bain’s Water Safety with Kangaroo Beach up against works by Peter Flynn, George Catsi, Ari Kwasner-Catsi and Zac Perry in the Community, Educational and Training category. In the Public Broadcast category, a powerful group of documentaries examine Australia’s past and present, with Alec Morgan and Tiriki Onus’ history of civil-rights and Indigenous filmmaking in Ablaze alongside Tom Murray’s tale of the extraordinary life of Indigenous WWI soldier Douglas Grant ( The Skin of Others) . They will compete with Firestarter , Nel Minchin and Wayne Blair’s masterful celebration of Bangarra Dance Theatre’s first 30 years, and Sally Aitken’s underwater odyssey Playing With Sharks .

TELEVISION – SERIES OR MINISERIES OF MORE THAN 4 HOURS DURATION, INCLUDING ORIGINAL AND ADAPTED WORKS

TELEVISION – TELEMOVIE OR MINISERIES OF 4 HOURS OR LESS DURATION, INCLUDING ORIGINAL AND ADAPTED WORKS

Aftertaste: Season 1, ‘The Beauty and the Terroir’ – Matthew Bate
Fisk: Season 1, ‘Portrait of a Lady’ – Penny Flanagan with Kitty Flanagan
Retrograde: Season 1, Episode 3 – Declan Fay
Why Are You Like This: Season 1, ‘The Pressures of Late Capitalism’ – Mark Bonanno, Naomi Higgins and Humyara Mahbub

FIND THE FULL LIST OF NOMINEES FOR THE 54th ANNUAL AWGIE AWARDS HERE.

AWGIE Award recipients will be announced at the 54th Annual AWGIE Awards via an online ceremony broadcast on Tuesday 7 December 2021 . The broadcast will be free to watch via YouTube and will feature some of Australia’s finest screen and stage talent.

Awards will be presented across 19 individual categories, including feature film, television, documentary, theatre, audio, animation and children’s television. Individual category winners will be eligible for the Major Award, given to the most outstanding script of the year. Past winners have included Prima Facie (2020), The Harp in the South (2019), Lost & Found (2018), The Drover’s Wife (2017) and The Code (2014 and 2016). Individual theatre category winners are eligible for the David Williamson Prize for Excellence in Writing for Australian Theatre. 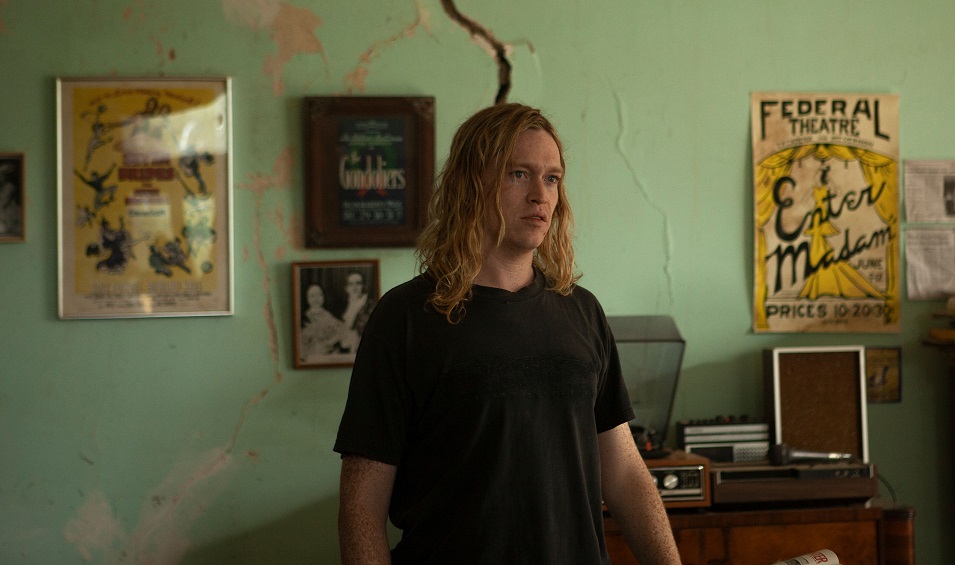 Shaun Grant made it three wins in three years at this evening's AWGIE Awards, collecting the original feature prize for Nitram to go with previous film adaptation wins for Penguin Bloom and The True History of the Kelly Gang.

Nominations for the 55th AWGIE Awards were announced this morning. 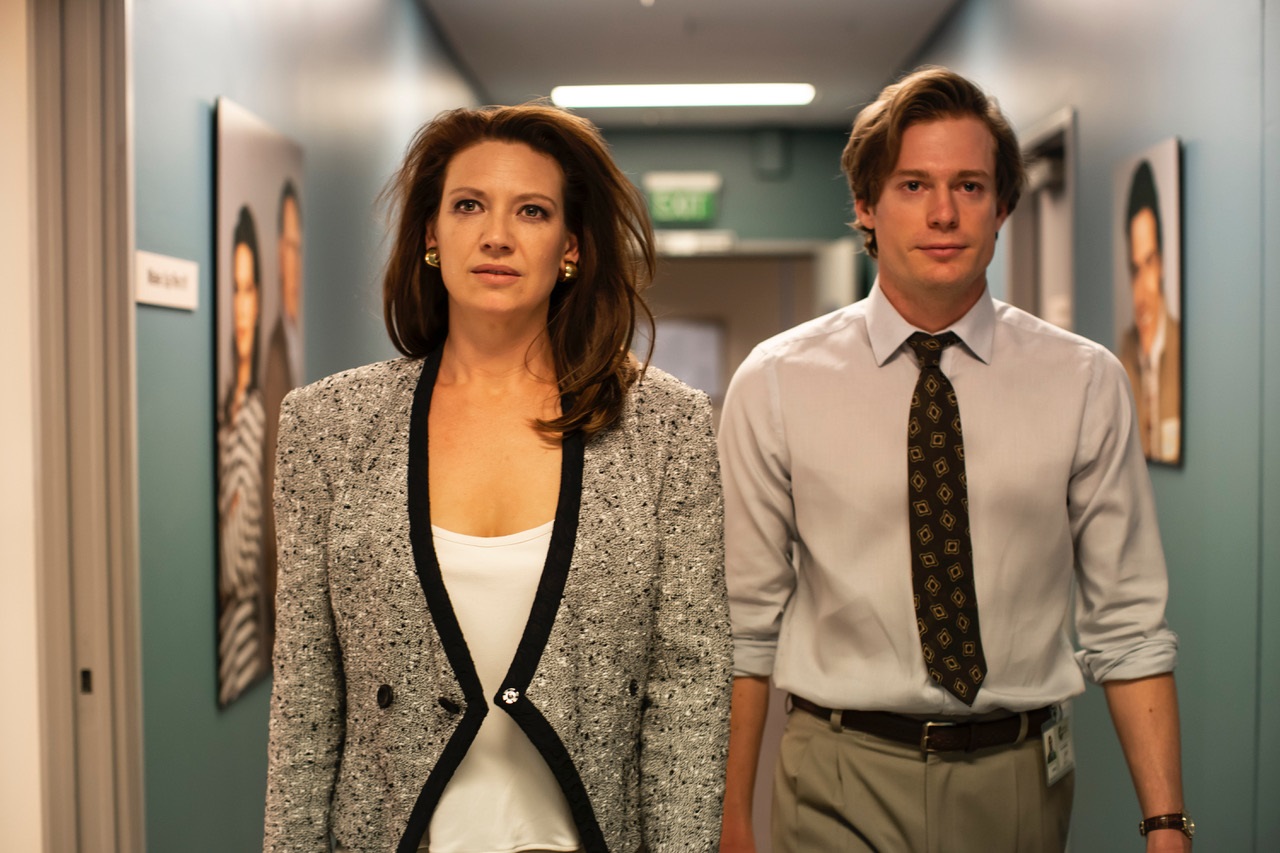 'Blaze', 'How To Please A Woman', 'Sissy' and 'Sweet As' will contend for the best original feature prize at this year’s AWGIE Awards, while 'Mrs Harris Goes to Paris', 'The Stranger' and 'The Drover's Wife The Legend of Molly Johnson' are up for the...

This year’s AWGIEs return in person for the first time in two years, to be held November 17 at Sydney’s Seymour Centre. The event will also celebrate the 60th anniversary of the Australian Writers’ Guild (AWG). For those unable to make it to Sydney, there will be a stream to watch from home or at AWG events in Melbourne, Adelaide, Brisbane and Hobart.

Writers of Girl Like You, Horizon, The Newsreader, Fires, Mrs. Harris Goes to Paris and Ithaka among winners at the 55th Annual AWGIE Awards

A ground-breaking documentary filmed over six years that follows the relationship between a couple as one of them transitions genders has taken home the top prize at the Australian Writers’ Guild’s 55th Annual AWGIE Awards, with WA filmmakers Frances Elliott and Samantha Marlowe’s emotional and insightful documentary Girl Like You winning the 2022 Major Award.

On a night that invited guests to look back at the Australian Writers’ Guild’s 60 years of protecting and promoting writers’ rights and forward to the exciting future of our industry, Elliott and Marlowe’s win for their debut feature was a fitting finale. Originally conceived as a short film in 2015, the documentary evolved into an intimate portrait of the relationship between the filmmaker’s friends, Elloise Walsh and Lauren Black, as Elle transitioned genders, exploring the fluidity of gender and sexual identity and the complexity of love and long-term relationships. Earlier in the night, they shared the Documentary – Public Broadcast or Exhibition AWGIE Award with celebrated filmmaker Ben Lawrence, who won his fourth AWGIE Award since 2019 for Ithaka, a compelling study of Julian Assange’s father and the fight for his son’s freedom.

Brisbane-based writer Maxine Mellor was awarded the David Williamson Prize for Excellence in Writing for Australian Theatre for her electrifying play Horizon, which also won the AWGIE in the Stage – Original category*.* A visceral and evocative piece of theatre, it follows a young couple on a soul-baring road trip through the Queensland outback. Mellor, who will receive $20,000 in prize money, developed the piece as a Writer in Residence at Brisbane’s Playlab Theatre. They will now receive $80,000 to develop and program a new work for the Australian stage. In a strong night for Queensland theatre, Elaine Acworth received the AWGIE Award in the Stage – Adapted category for My Father’s Wars, an adaptation of her AWGIE-nominated podcast. Ground-breaking documentary Girl Like You has taken home the top prize at the Australian Writers’ Guild’s 55th Annual AWGIE Awards leading a number of ABC programs awarded on the night.