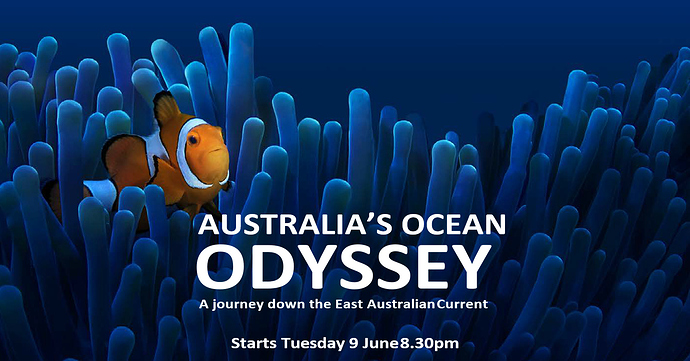 Hidden in our oceans and unknown to most humans are great rivers of seawater called ocean currents. These are the arteries and veins of planet Earth - a vital planetary life support system that has helped regulate the Earth’s climate, atmosphere, weather and biological diversity for millions of years.

This is the story of one particularly fascinating flow - the East Australian Current - an oceanic river that stretches the length of Australia’s east coast. It flows around 3000 kilometres all the way from the Great Barrier Reef to Tasmania, bringing warm tropical waters to cold southern seas, and in doing so it transforms the lives of every living thing in the region.

Australia’s Ocean Odyssey takes the spectator on a journey with a migrating pod of humpback whales as they travel the full length of this marine river. From the colourful tropical corals of the Great Barrier Reef, through the tranquil kelp gardens of the New South Wales coast, right down to the cold Southern Ocean, we’ll explore the incredible diversity of Australia’s submarine ecosystems.

Meet the myriad creatures that rely on the current for their survival as we immerse ourselves in the microscopic world of plankton, glide over anemone gardens, swim with playful fur seals, and explore deep coral reefs that thrive beyond the reach of sunlight. Along the way, we’ll witness the power of ocean currents to shape and transform whole ecosystems, and we’ll explore how the ocean and her currents make our lives possible.

But as the Earth’s climate changes, the ocean and her currents are changing too, sending ripples through our life support system that will be felt for generations to come. The East Australian Current is carrying more warm water further south than ever before. As we journey with the flow of the current, we meet the scientists who are working to protect and restore the changing ecosystems in its path.

From the Great Barrier Reef to Antarctica, Australia’s Ocean Odyssey reveals how ocean currents create life on our planet, and what we can all do to protect our planet’s blue heart. 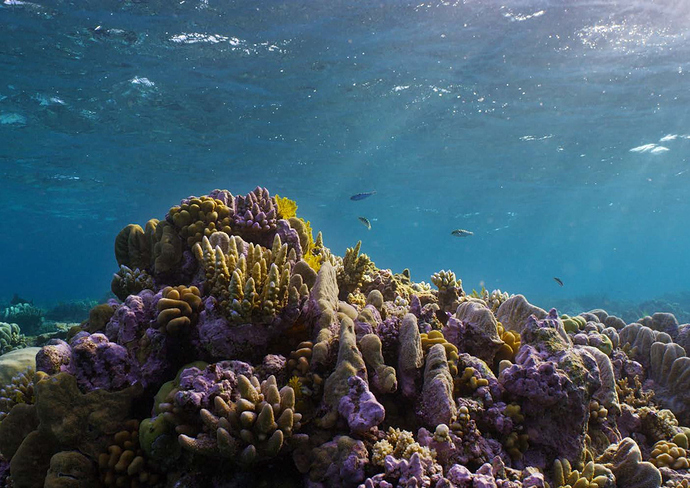 The East Australian Current brings life to land and sea in the tropics as we explore the incredible connectivity that links all creatures on earth.

Scientists on the CSIRO research vessel the RV Investigator use incredible submarine mapping technology to understand how the East Australian Current interacts with the seafloor, causing deep nutrient rich water to be pumped up into the sunlight fuelling the growth of microscopic plants called phytoplankton. The base of the ocean’s food chain comes alive and life-giving oxygen blooms.

Inland of the reef, we get lost in the world’s oldest rainforest, an ancient ecosystem that has thrived for millions of years in partnership with marine algae in a fascinating story of connectivity.

As our clownfish hatchling finally settles on a reef, green sea turtle hatchlings race to survive a daunting dash to the ocean where they will begin their own ocean current journey.

On Fraser Island (K’Gari), we learn how ocean currents have sculpted the largest sand island on the planet, producing a geological marvel and an ecosystem unlike any other on the planet.

Finally a baby whale begins an epic migration in the East Australian Current from his birthplace on the reef towards his feeding grounds in Antarctica. He will be joined in the flow by thousands of other creatures, all heading south towards their next destination, the sub-tropical zone. 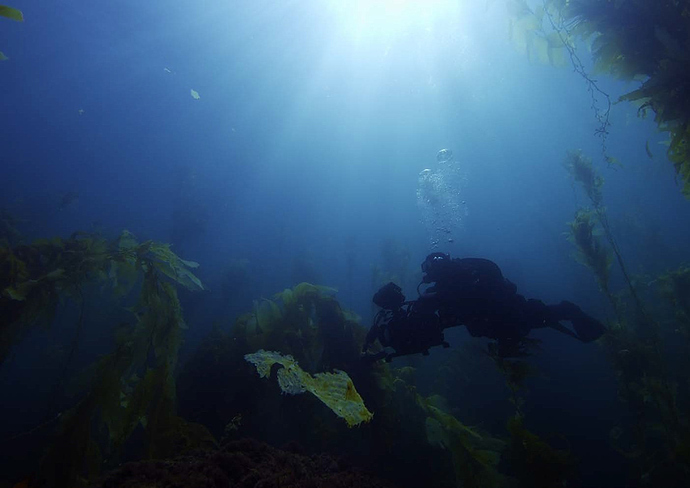 Ocean currents are the great biological highways of planet earth, connecting faraway lands and shaping the regions through which they flow. As we ride the East Australian Current through the subtropical marine environments of New South Wales with a pod of migrating humpback whales, we explore how the warm flow sustains and transforms whole ecosystems.

As our whales leave the tropics, the current becomes a nursery. Mass coral spawning releases scores of larvae into the flow, where they will be carried to new homes both near and far.

As we pass the Solitary Islands Marine Park, we enter a whole new bio-region - the subtropical zone. Here corals give way to the vital plant-based ecosystems that cover one quarter of the world’s coastlines. But the kelp forests of the Solitary Islands are falling victim to the East Australian Current’s strengthening flow as tropical fish species transported south by the current overgraze on the gardens of kelp.

South of the Solitary Islands the current breaks up into giant eddies - swirling bodies of water - and we learn the role of the current in the vital biological system that helps to regulate the carbon in our atmosphere.

On the remote island paradise of Lord Howe Island, we discover an ark of unique life made possible by the warm East Australian Current as it flows back out towards the South Pacific Ocean. Millions of seabirds migrate here each year to breed and raise their young. But even on this pristine island 600kms from the mainland, these birds are in danger from the plastic waste which is carried around the world by ocean currents. 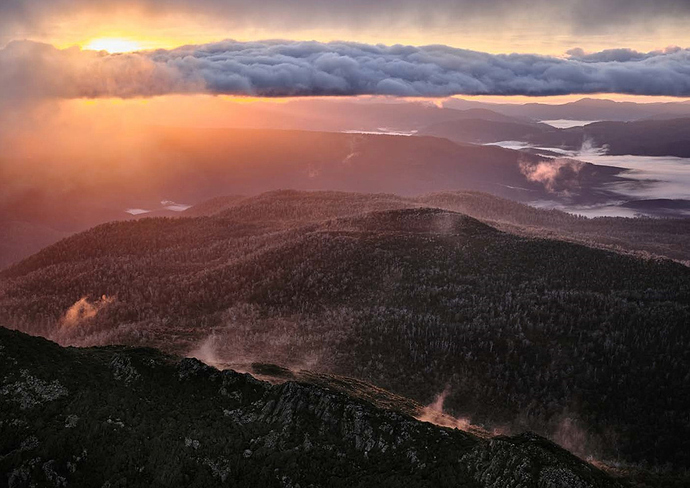 The East Australian Current brings a warm change to cool temperate marine ecosystems as we follow our migrating whales on their journey south towards Antarctica. As we ride the current into cooler waters, we’ll discover how it has shaped Australia’s incredible temperate ecosystems, and how the effects of its warming influence are felt all along the coastline.

Our whales take a break in Sydney Harbour, where the warm East Australian Current supports an incredibly diverse temperate ecosystem. Here, a team of scientists is working to rewild the coastline with a key species of seaweed that disappeared from this area due to water pollution.

As we pass Australia’s most populous city, the weather gets rough as the warm water of the current influences the storms of the region, with devastating results.

On the journey south to Tasmania, a team of specialist divers sets out to shine a light on a coral reef so deep it can not rely on sunlight for its survival. These corals rely entirely on ocean currents to bring them the nutrients they need to survive.

As we reach the end of the East Australian Current, its remaining flow mixes into the Antarctic Circumpolar Current and the Indian Ocean. Our whales finally leave Tasmania’s temperate waters on their journey to Antarctica, where the planet’s most important ocean current is born. 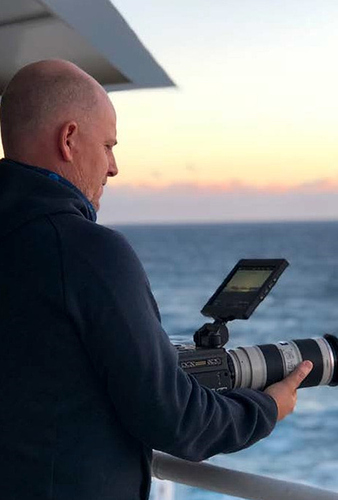 When Jon Shaw and I first talked about Australia’s Ocean Odyssey, the idea was to create a series about how the ocean sustains life on planet Earth. It soon became clear that we would need a narrative vehicle to help tell that story, and the East Australian Current was the perfect throughline.

The East Australian Current (EAC) had already captured the imagination of the world with Nemo, the world’s most famous clownfish, who went on a crazy journey from the Great Barrier Reef down to Sydney Harbour in its flow. Although the Pixar animated film was, of course, fanciful, Jon and I knew the real EAC had just as many magical stories to offer, and would provide ample opportunities to delve into some fascinating marine science.

I studied Marine Biology at university, but soon after finishing my degree I made my way into the film industry with the hope of one day making natural history films. I have been lucky enough to achieve that goal and have spent a lot of time in the bush and in the ocean filming some awesome creatures. However, this series set out with a completely different aim to a traditional behavioural wildlife film: we wanted to make a film not about the individual creatures, but about the connectivity between creatures, ecosystems and the planet as a whole.

I think that most people understand that the ocean is important, but many still have very little understanding of how much the creatures of the sea actually do for us, so for me, this series was about helping people to understand and appreciate the vital role that the animals and plants of the sea play in our lives. It sets out to give the audience enough background information to be able to put their heads underwater and understand how that world works.

As we flow down the east coast of Australia in the current, we use that stunning backdrop to tell a story about the whole ocean. From microscopic plants to whales, the series explores the basic ecological concepts that underpin oceanic ecosystems and their vital role as a life support system for us humans.

The characters, be they scientists or naturalists in the series also play a key role, engaging people with each ecosystem, and while their expertise was important, it’s their passion I have tried to tap into.

I guess the time was right to tell this story, our oceans are clearly suffering, and marine science has come a long way in recent decades. We now know too much about the importance of oceanic ecosystems not to pay attention to the science and act to preserve our planet’s most vital life support system.

One of the key messages that we carry through the series is the idea that even though we have done a lot of damage to oceanic ecosystems, we can fix them. Throughout the series I have tried to make that point clear, there are plenty of success stories in this space, there is hope. It’s not too late to reverse the damage from pollution or overfishing. All along the East Australian Current, there are marine parks that clearly demonstrate that when we look after these environments they do bounce back.

Sydney’s waterways are a great example of this close to home for me. When I was young, the ocean was horribly polluted and a huge proportion of the marine life had died. Raw sewage would flow into the harbour after heavy rain, turning the water brown. But people protested and investments were eventually made to improve the situation, and in the last thirty years, there has been an incredible change. Sydney is a great place to dive and surf these days. It’s now full of life.

It’s easy to forget how far we’ve come, and by telling those stories I hope it motivates young people to want to make it even better.

My motivation for pursuing this series comes from a deep love of the ocean and her creatures, and I share that with Jon Shaw who co-produced the series. I feel incredibly fortunate that the ABC got behind this project and made it possible to tell the story of the full length of an ocean current in this way.

I think it’s fair to say we have both put our heart and soul into the series because we believe that if more people could see how wonderful these oceanic worlds are, then they would make better choices when it comes to looking after the sea. 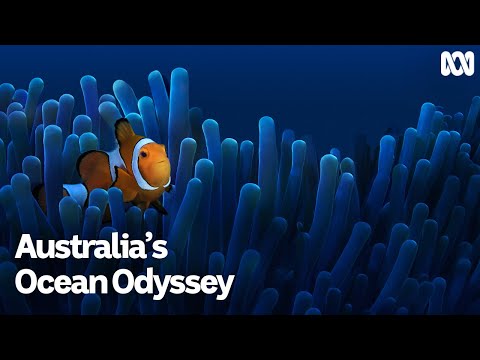 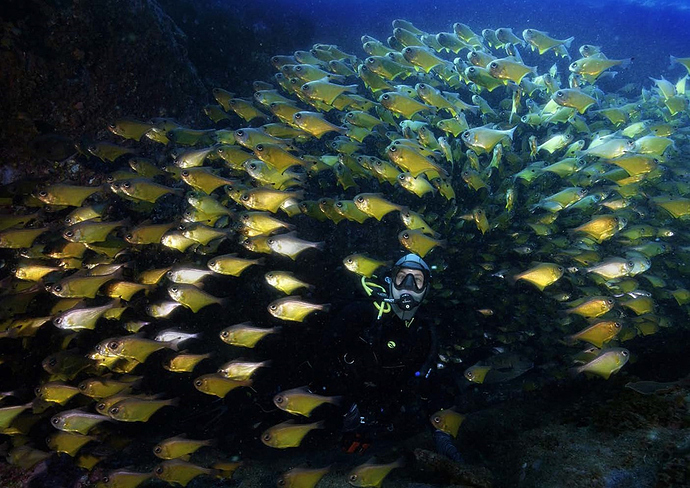